Home Regulation
Should ‘budtenders’ be standing in as pharmacists?
6 min read

Should ‘budtenders’ be standing in as pharmacists? 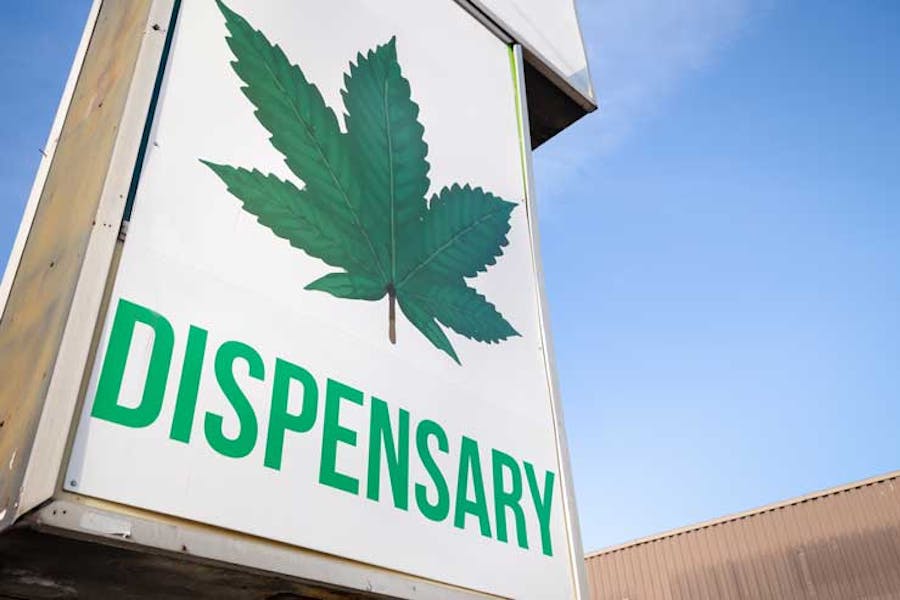 Do the people on the front lines of the medical cannabis industry have the training they need to make accurate — and safe — recommendations to patients? According to a paper published in the Journal of General Internal Medicine last week, there is reason to be concerned about the expertise of and reliance on “budtenders” behind the counters at America’s marijuana dispensaries.

The three physicians who authored the report, titled “The Void in Clinician Counseling of Cannabis Use,” highlight what they describe as a concerning phenomena wherein “cannabis dispensary workers have become proxy clinicians, recommending products for medical use.”

The paper doesn’t put the onus solely on dispensary workers or physicians, however, and neither did the doctors, nurses, and budtenders The Cannigma spoke to for this article. Almost all of them admitted that there is a problem, but most traced it to the lack of education, training, and research that doctors have access to — not budtenders.

If doctors and other clinicians knew which specific cannabis products and doses to prescribe their patients, the argument goes, then dispensary workers wouldn’t find themselves in a position where they are being asked to recommend specific treatments. Others argued that, considering the safety profile of marijuana, warnings about who is recommending amount to scare tactics.

But the concern is also not entirely theoretical.

An investigation in Colorado published earlier this month found that dispensary employees were more than willing to recommend cannabis to pregnant women. A researcher posing as a pregnant woman called 400 Colorado dispensaries to inquire about products for morning sickness and 70 percent of the stores recommended cannabis, even though research shows it is potentially harmful to the fetus.

While 78% of the dispensary employees recommended that the caller first discuss the matter with a health care provider, only 19% made the recommendation without prompting.

Following that investigation, the Colorado Marijuana Enforcement Division warned that dispensaries whose employees are “making health or benefit claims to consumers” may be liable to administrative actions.

According to board-certified neurologist Roni Sharon, M.D., the current dearth of medically-trained experts at dispensaries is highly-problematic, and could potentially pose health risks to patients.

“For one, people have unrealistic expectations [for medical cannabis] and often think everything will be cured, and that is often not the case. Second, people are potentially not warned about potential side effects or contraindications to take marijuana. Finally, people may not be receiving the type of therapy in terms of concentration, strain, and formulation that is best suited for them.”

Sharon didn’t blame the cannabis industry for this shortcoming though, and stated that while in other industries “states and the federal government license people which gives a certain validation that they have achieved or passed some sort of educational period and licensure. Given the regulatory reality cannabis finds itself in, that is next to impossible.”

He added “until there is a trusted authority to license experts, users will not know whether the advice they’re getting is truly expert.” (Full disclosure: Dr. Sharon is the medical director of The Cannigma.)

While it’s unclear what percentage of dispensary workers have formal medical training or expertise, according to one 2016 report, only 20% of workers polled had received medical or scientific training.

Dr. David Gordon MD, an integrative and cannabis medicine physician and owner of 4 Pillars Health & Wellness in Denver, told The Cannigma “physicians — and virtually all health practitioners — receive little to no training on cannabis as a medication, or [the] system upon which it acts. The endocannabinoid system is arguably the most important physiologic system we have and yet, most medical schools don’t even mention its existence.”

In a perfect world, physicians would get extensive training on the endocannabinoid system in medical school, Gordon said, but that until that day comes, “medical professionals could benefit from a short one-hour course to understand how and why cannabis works.”

“While there are some important and valid points brought up,” Gordon said of the report on budtenders becoming de facto clinicians, “[the authors] state multiple risks as if they are fact, when in reality the abundance of the literature either supports opposite conclusions or is at worst unclear. Additionally, they completely neglect — except for opioids — mentioning the treatments we use instead of cannabis for most conditions have poor efficacy, high risk, and are rarely supported by the type of research studies they demand from cannabis.”

So what needs to change?

“The Void in Clinician Counseling of Cannabis Use” recommends a three-pronged strategy, including better testing and reporting of the THC/CBD makeup of cannabis products, more extensive investment in the research of high-potency cannabis, and the measurement of cannabis consumption in medical records, to better assess the long-term medical and psychiatric outcomes.

“Until these measures are broadly implemented, physicians should begin by inquiring about cannabis use among their patients, including the route and frequency of cannabis use, and the indication for use. This information should be documented in the medical record and should be discussed during primary care visits, similar to alcohol or tobacco screening,” the report states in its conclusion.

Because of the way cannabis is prescribed and the way medical marijuana programs operate in many states, dispensary workers tend to be some of the most knowledgeable experts on the effect of cannabis, though there are few dispensary employees with scholarly or medical certifications in cannabis. And while some states require that dispensaries have pharmacists, doctors, or nurses on site, the majority allow budtenders to recommend products for specific health conditions, regardless of their medical training — or lack thereof.

Tiara Darnell, who was named “Oregon’s Best Budtender” in 2017, told The Cannigma “the budtenders aren’t the problem. It’s the lack of research in this country and the lack of money and the resources dedicated specifically to cannabis research that’s the problem. Because if there were clinical studies that doctors had access to or could rely on then they wouldn’t have to worry about budtenders giving out medical information.”

Darnell said cannabis needs to be researched “just like any other plant or pharmaceutical.” She used the scenario of a person with thyroid cancer or some other type of cancer who comes to a dispensary for treatment, saying “if there’s studies on how does cannabis react with this type of disease than a budtender could look up that information and educate themselves on it so if they ever encounter someone with that illness they can help them. But if the research isn’t there it’s not the budtenders fault, and the budtenders are just doing the best job they can considering there isn’t that type of research out there that they can teach themselves with.”

She also said that when such research becomes available “it really is on the dispensary owners to teach their employees what they need to know so that the patients have a better experience.”

An Industry Still In Its Infancy

In the absence of a universal set of standards and without enough clinical research available, some medical professionals have taken the initiative.

Denver-based Registered Nurse Katherine Golden is one of the co-founders of Leaf411, a hotline that connects people who have questions about cannabis with nurses who have experience with medical marijuana.

Golden said that she thought the report “was biased and had a very negative tone,” adding that it’s dealing with an industry — medical marijuana — which “is still in its infancy and is still a new specialty in the medical world,” and is in need of guidelines from governing bodies.

“Because it’s still in its infancy and we [medical professionals] are just starting in our education and learning about the endocannabinoid system and how to integrate into our regiments, the only hope for the public has been to go to the dispensary staff and ask them how to use it,” Golden said. She also noted, however, that in Colorado the state marijuana enforcement authorities have very clearly stipulated that dispensary staff cannot take the place of physicians, and have put limitations on what manufacturers can claim about their products and in their packaging.

According to the 2019 book “Cannabis as Medicine,” the lack of medical training among budtenders “places a heavy burden on on-site pharmacists and recommending doctors,” and also creates “a greater need for patient and pharmacist education.”

In the absence of such a wider, comprehensive set of standards, the humble budtender may remain alone in the field to make health recommendations of significant magnitude for patients.