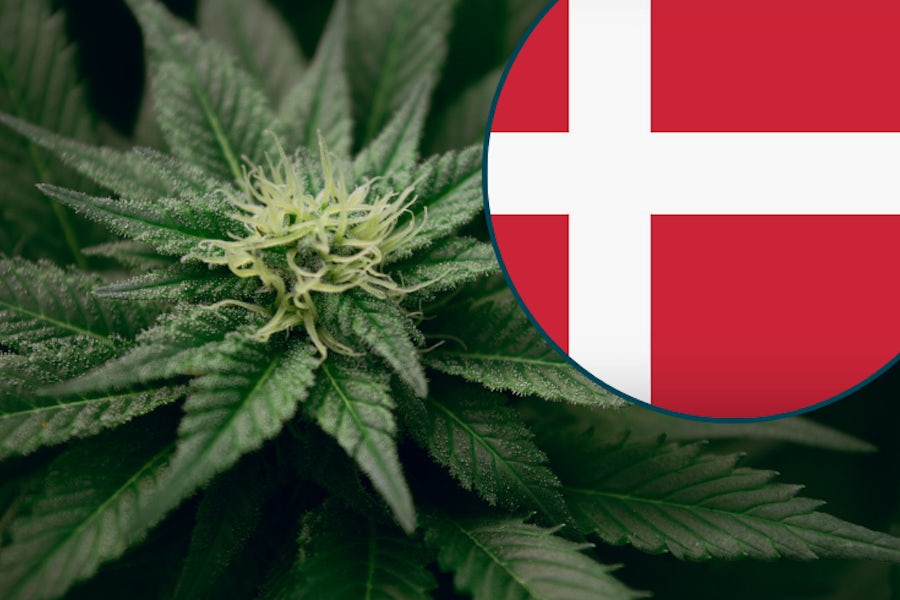 According to Denmark’s Euphoriants Substances Act it is illegal to import, export, sell, purchase, deliver, receive, produce, and process cannabis in Denmark. While personal use is not illegal, as of 2016, with the passing of the Consolidated Act on Controlled Substances, possession of weed in Denmark became illegal as well. So while technically you can use it, you will be prosecuted if found doing so. Denmark’s laws are somewhat ambiguous and there is lots of room for interpretation.

First-time offenders caught with small amounts of marijuana in their possession will likely receive a warning or a small fine of 70 Euro, as it is considered a soft drug in Denmark. If you are caught with over 10 kg of weed you can expect 10-16 years jail time. Driving under the influence of cannabis? Expect to be slapped with a fine and have your driver’s license revoked.

As for Denmark’s laws on homegrown marijuana, those lie in a bit of a grey zone too, like its laws on usage and possession. While you can’t grow cannabis, you can buy, sell and even mail seeds in Denmark. This means if you’re caught growing marijuana crops in your home, you may – or may not – be punished by law.

In January 2018, the Danish Medicines Agency established the country’s first medicinal cannabis program granting 12 companies the right to distribute herbal cannabis in Denmark. Those companies can produce and dispense the substance to pre-approved doctors and pharmacies throughout Denmark. Aurora Nordics, one of the 12 companies, possesses a giant 9,200 m² high-tech cultivation facility in Odense. Aurora Nordics alone predicted the annual production of 10,000 kg of high-quality cannabis products.

Denmark’s ministry of foreign affairs announced its vision of building one of Europe’s largest medical cannabis ecosystems, attracting significant foreign investment funds and academic and clinical interest. As of August 2021, Denmark reported a whopping 42 European companies that applied for permission to cultivate cannabis in Denmark.

Denmark’s medical program has three types of cannabis derivatives available for medical use:

The medications are generally prescribed to alleviate nausea and pain in cancer and MS patients.

The medications became available for prescription in 2018 with the inception of the Danish Medicines Agency, and the intake of 1700 patients to the country’s medical program that first year. That number then rose to 2,967 in 2019 with the program issuing over 1800 prescriptions. In the final two years of the program, however, application numbers dropped drastically as getting actual medical cannabis in Denmark is difficult and all medical marijuana-based meds are currently imported.

Denmark and weed: what do the public think?

Talk surrounding weed in Denmark plays a large role in politics and often appears in news headlines. The current government takes a zero-tolerance approach to cannabis for recreational purposes and most political parties oppose its legalization as well. The Danish population however tends to be pro-cannabis.

A survey conducted in 2015 by the European Monitoring Centre for Drugs and Drug Addiction reported that over one third of adult Danes have tried marijuana at some point in their life. Less than 7% tried it in the last year – though that number is affected by the fact that it is highly illegal to possess marijuana in Denmark. Over 50% of Danes support the recreational use of the leafy substance and a strong majority of 80% support marijuana’s use for medical purposes.

In Freetown Christiana, the famous utopian commune in the heart of Copenhagen, open hash selling and usage were for decades an accepted city tradition. In more recent years, however, the trade was taken over by gangs and international drug traffickers with police reporting estimates of up to 115 million Euros worth of marijuana traded annually in the city’s streets.

Freetown Christiana weed usage made international headlines in 2016 when city riots broke out following the shooting of a police officer by a gunman believed to be involved in the city’s drug trading. Today, while it is still possible to procure weed in Freetown Christiana, CannaConnection reports it is dangerous, should be avoided at night, and no, it is not legal.

Psychedelics This app-guided psychedelic treatment works when antidepressants don’t
Previous Article Behind the scenes on cannabis normalization with JM Pedini Next Article Is weed legal in South Korea?
The Cannigma uses cookies to improve your experience and to show you personalized adsACCEPTPrivacy Policy
Manage consent