How to make cannabis bread 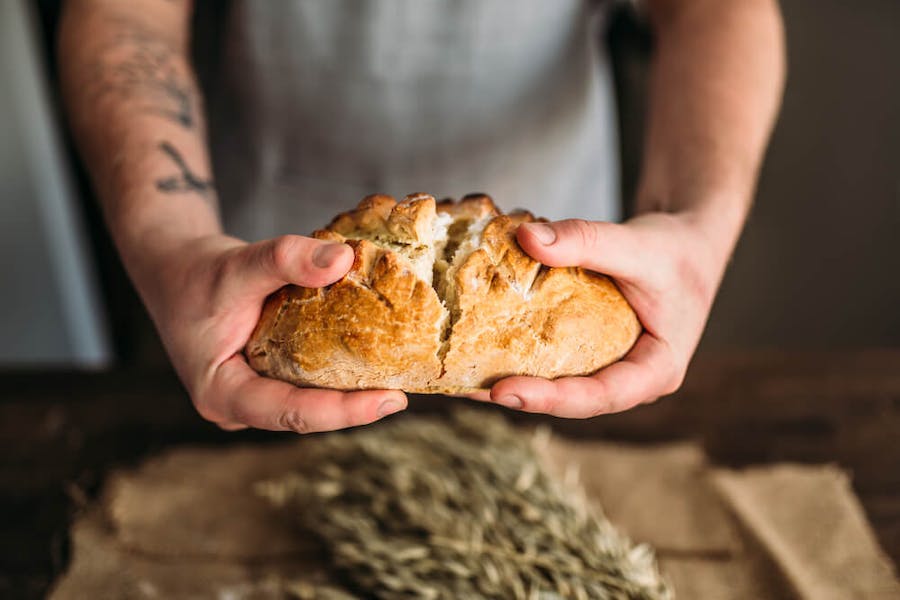 Nearly any bread recipe can be turned into a marijuana bread recipe just by substituting cannabis infused oil. (Shutterstock)

The past year may have led you to believe otherwise, but you actually don’t need a pandemic to get into baking bread. Baking bread is an almost primordial human endeavor, a way of making a timeless human staple from the barest of essentials — and posting the whole process on Instagram. But what if you combined it with another global feature of humanity — getting high and watching the rest of the day stroll by?

➤ Go straight to the recipe

But wait, you say, I already made cannabis butter, why don’t I just buy some bread at the store and spread the butter on there? Unless you’re lactose intolerant, that’s a fair point, but one could also say that for just about any DIY endeavor. Also, most people who have some experience with edibles have had cannabis butter, but cannabis bread? That’s a lot less common, and should make a loaf of cannabis bread a much better conversation starter.

Besides, you already clicked on the article so it seems like you’re on board.

So how can we make carbs even better?

Why edibles are great

From infused gummies to THC seltzer to licorice ropes that even people who hate licorice will love, edibles are more popular than ever. But if you’re the type who really just loves to kick back with a joint, you might not see what all the fuss is about. After all, edibles take some preparation, and who wants to wait for the high to kick in?

These are all good points, but edibles also have very clear benefits.

Edibles produce an immersive, full body high that can feel totally different than smoking weed. Some people find that edibles make them more giggly than joints, or that they give them a nice and snuggly body high that can’t be matched with a tightly packed bowl.

But also, not everybody likes smoking. Or they have a respiratory problem, or they just don’t want to stink up the house with the kids at home. There are many reasons why somebody might prefer edibles to smoking, and besides, cannabis isn’t a zero sum game. You can mix it up sometimes with some edibles. Your bong won’t be offended.

Overdoing it with edibles is probably the most common mistake people make, and who could blame them? After all, if they’re infusing potato chips and Cheez-Its these days, what are we supposed to do?

Basically, be mindful of the dose and be patient. Many people try a new edible and after they’re still sober 45 minutes later, decide to take another dose, only for both to kick in with a heavy dose they weren’t expecting.

Ultimately, you’ll be fine if you take too big a dose, but you could have an unpleasant time that may turn you off from edibles for the near future. Your best bet? Take a reasonable dose and take your time waiting for it to kick in.

Another big mistake is forgetting to decarboxylate.

When you smoke a joint, the heat carries out a process known as decarboxylation, which is essential if you want to get high. With edibles though, the process must be carried out before you consume the cannabis. Otherwise, you’ll hopefully still have some tasty bread — but you won’t get high.

For more tips check out our step-by-step directions: How to decarboxylate cannabis.

Because cannabinoids like THC are fat-soluble, they need to be infused into a fat in order to be metabolized by your body. This is why people make up their own batch of cannabis butter or infused oil – once you have some in the kitchen, you’re always just one ingredient away from edibles.

Nearly any bread recipe can be turned into a marijuana bread recipe just by substituting cannabis infused oil, so here’s how you can make your own:

To make some cannabis-infused olive oil, use either a saucepan, double boiler, or slow cooker.

If using a saucepan, heat the oil and decarboxylated cannabis together for about three hours on low heat 130-150°F (55-65°C), making sure to stir frequently and keep a watchful eye so it doesn’t scorch. With a double boiler, put water in the bottom pan and place the oil and decarboxylated weed up top, and cook it at the same low heat as the saucepan method, for about three hours. The slow cooker method is also very similar. Simply place the weed and oil in a closed jar and cook it in a couple of inches of water, also for around three hours at 130-150°F (55-65°C).

Whichever method you choose, after you remove it from the heat, wait till it cools down, and strain it through the cheesecloth into the container of your choosing. Just make sure to give the cheesecloth and extra squeeze to get all the oil out.

Keep in mind, you can always make the oil less potent by using less weed — or you can take things in the opposite direction if you’d like.

Let the bread cool and it’s ready to serve.

When it comes to dosing, try a small serving your first time and see how you respond — giving yourself at least a couple of hours to let it kick in.

If you’d like to make a less potent loaf, you could also consider using half cannabis infused oil, and half “regular” olive oil, but that’s up to you.

How to make cannabis sugar