Home History
Where the word 'cannabis' comes from
6 min read

Where the word ‘cannabis’ comes from 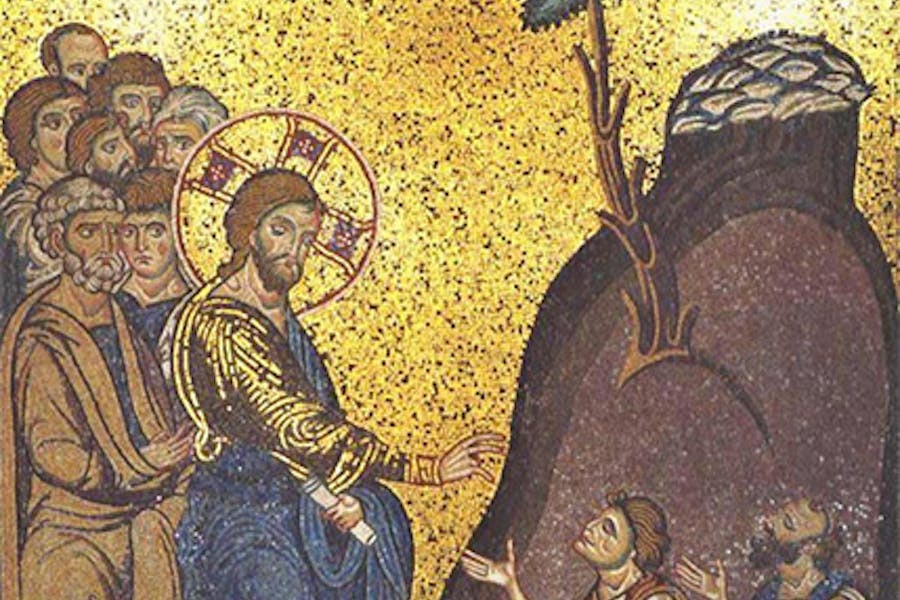 With the decriminalization of cannabis in many parts of our world has come an influx of new commentary and attention. But those new to cannabis may not realize that the plant’s use is almost as old as history itself. While the human race’s relationship with many different plants goes back quite far, our species seemed to adopt cannabis use particularly early on.

It’s estimated that our cultivation of cannabis arose shortly after the dawn of cultivation itself—that is, after the beginning of agriculture. At that time, circa 9,000 BCE, language itself was new and fluid and constantly evolving. This level of linguistic flux makes elucidating the first mention of cannabis cultivation difficult.

To find definitive answers, historians and linguists have dug deep into the etymology, the study of the origin of words.

Cannabis Etymology From East to West

The first culture to make mention of cannabis appears to have been the ancient Chinese. In 2737 BCE, Emperor Shen Neng of China recommended cannabis tea for the “treatment of gout, rheumatism, malaria, and poor memory.” Radio-dated samples are now able to confirm this early medical cannabis use.

Prior to that, the plant’s appearance was limited to more symbolic depictions. History holds that the Celestial Emperor Fu Hsi, who lived around 2800 BCE, created China’s first written script. The Chinese letter Ma, which comprises half of the word for cannabis, seems to depict hemp plants hanging upside down to dry.

From China, cannabis use spread west. One paper, published in the “Vegetation History and Archaeobotan” journal, studied fossilized pollen samples from 470 locations to trace the plant’s cultivation from Asia to Eurasia to mainland Europe.

Even the ancient Egyptians had a word for cannabis: shemshemet. The first references began to appear around 2350 BCE, when a mythological king is described tying the cords of the shemshemet (cannabis) plant. Medical papyri throughout the coming centuries would greatly expand on the medicinal uses of cannabis, describing everything from suppositories to creatively-mixed poultices.

As Dr. Ethan Russo notes in a detailed study titled “History of Cannabis and Its Preparations in Saga, Science, and Sobriquet,” cannabis use shines through the etymological choices of many primordial cultures.

As you can see, everyone from the Sumerians to the Persians to the Hebrews had a word for cannabis. But the Hebraic term, kaneh bosem, has a history that’s especially intriguing.

Kaneh Bosem: Hemp and the Hebrews

As it turns out, cannabis—or kaneh bosem as the ancient Hebrews would have called it—may be a hidden ingredient in the holy anointing oil of Hebraic priests.

Moreover, YHWH spoke to Moses, saying, “Take also for yourself the finest of spices: of flowing myrrh five hundred shekels, and of fragrant cinnamon half as much, two hundred and fifty, and of fragrant cane two hundred and fifty, and of cassia five hundred, according to the shekel of the sanctuary, and of olive oil a hin. You shall make of these a holy anointing oil, a perfume mixture, the work of a perfumer; it shall be a holy anointing oil.”

For centuries, one of these ingredients confounded translators: “fragrant cane.” Like much of the scriptures, the initial Greek to English translations of this particular segment were done on behalf of King James VI and I in the early 1600s.

Though skilled in linguistics, these early translators weren’t quite as skilled in botany, and consequently they assumed that fragrant cane referred to a plant called calamus. But we now know that calamus contains a chemical called asarone that makes it mildly toxic, especially if ingested.

For obvious reasons, it wouldn’t make sense for the Hebrew priests to include a toxic plant in their holy oil. So it follows that somewhere along the line, the translation went off course. It’s also possible that even earlier translations like the Hebrew-to-Greek Septuagint were the first to get it wrong.

So…if not calamus, what could “fragrant cane” be referring to?

In 1936, a Polish etymologist named Sula Benet proposed that it was actually “קנבוס” or “KaNaBoS”, which itself comes from the even older Hebrew term “קנה בשם” or kaneh bosem.

With that discovery, it makes much more sense. Though once thought to be derived from the Scythian language, it turned out that the term cannabis probably goes back further than that: all the way back to ancient Hebrew!

It was as if an elusive puzzle piece had been found. Once Benet knew the correct term to look for, she noticed it popping up throughout the rest of the Bible. As Chris Bennett’s 2001 book “Sex, Drugs, and the Bible” notes, “this word appears five times in the Old Testament; in the books of Exodus, the Song of Songs, Isaiah, Jeremiah, and Ezekiel.”

What could such a powerful cannabis-infused oil have been used for? We can look again to Exodus Chapter 30, beginning with verse 26, to answer that.

Interpreting this through the lens of modern science is surprisingly insightful. Cannabis is a known antimicrobial and antibacterial agent, as are some of the other ingredients in the anointing oil, like cinnamon. That could help explain why the Hebrews took to applying their oil to all sorts of inanimate objects. And one couldn’t be blamed for assuming this practice would also make things smell good.

Yet the anointing oil was clearly used on the priesthood, too. Might it have provided its users with any psychotropic effects? Possibly.

While we can’t determine what the oil’s exact cannabinoid ratios would’ve been, we do know that cannabis from ancient times was generally rich in CBD. And modern research shows that this cannabinoid penetrates the skin much better than THC does. Levitical priests would have at least been getting their daily dose of aromatherapy according to the biblical description.

Some people today are actually replicating the anointing oil’s recipe. With a blend of bioavailability-boosting terpenes, partially decarbed cannabinoids, and pure carrier oils, science is now able to validate this sampling of ancient wisdom.

Some advocates ascribe spiritual meaning to cannabis use, even today. Dr. Yosef Glassman has spent decades pouring over ancient Jewish texts to learn more about his culture’s use of cannabis. As he told Haaretz Magazine, “There is no question that the plant has a holy source, God himself, and is thus mentioned for several ritualistic purposes.”

In recent years, Dr. Glassman has been lecturing on these subjects at Massachussett’s New England Sinai Hospital. “The goal is to educate practitioners on the rich cultural history behind the use of cannabis as a medicine, explain its mechanism of action, and dispel myths about its safety profile,” he reports.

Though the world of cannabis has done much changing within the last couple millennia—let alone the last couple decades—the etymology of the term itself has remained mostly untouched. Indeed, it’s easily traceable back to Ancient Greece’s kánnabis.

Hebrew’s kaneh-bosem was among the first terms for cannabis, and it spread more than a few etymological offshoots in the process. Even words like ‘candy’ and ‘canal’ may trace their origin back to kaneh, that ancient Hebraic prefix.

Other ancient cultures made room for cannabis and hemp’s differences, too. Typically prefixes ken or kan implied fiber-type plants, while kana or bhang implied high-THC cannabis.

Our current English word for hemp likely has the same kan-type source. It seems to have arisen out of the Persian term kanap and been adopted into old German as hanaf before slowly mutating into hanf… and then finally into hemp. (Mirriam Webster)

The Persian word kanap split into two groups over time, eventually evolving into our modern-day term cannabis, too. As you’ll see, cannabis is actually a Latin term; it has stuck around virtually unchanged since before 300 AD.

Today the relationship between the terms hemp and cannabis is different. No longer are the two words mutually exclusive. Instead, cannabis is somewhat of an umbrella term that includes everything in the Cannabis Sativa family, fiber-type hemp included.