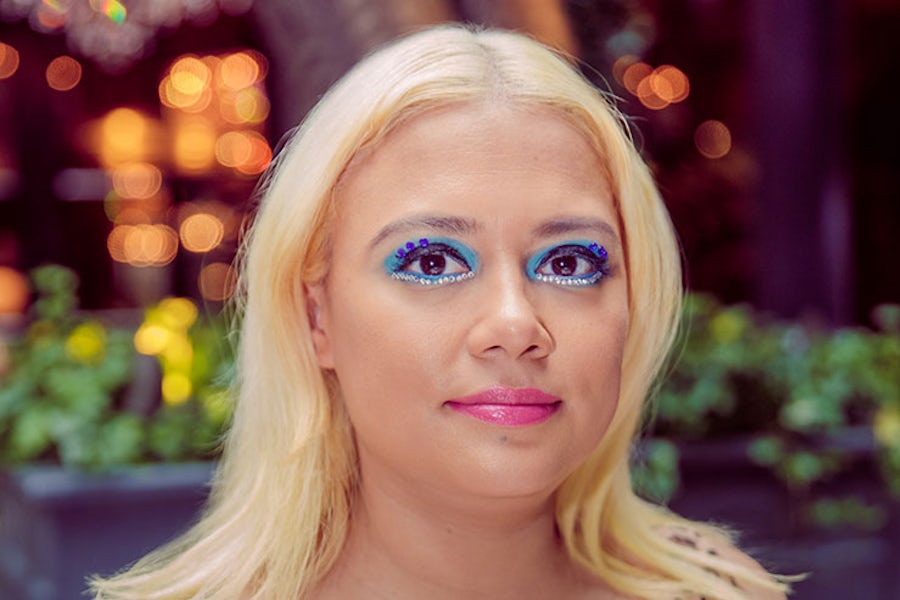 Who would know more about getting baked than a cupcake?

Lorena Cupcake has been a budtender and marijuana marketing professional in Chicago for the last two and a half years, and was on the scene on January 1st when recreational marijuana sales became legal in Illinois, just a few months before the onset of the coronavirus epidemic and the age of social distancing.

“It was very shaky. It took us a while to refine our process so that people could pre-order. They could have a scheduled appointment, come in, and masks are required. it’s very different than it used to be,” Cupcake said of Chicago’s “MOCA” (“Modern Cannabis”) dispensaries, echoing the experience of countless businesses across the globe.

The 33-year-old Southern California native moved to Chicago 10 years ago and can “definitely call Chicago my adopted hometown.” Cupcake, who is nonbinary and uses they/them as pronouns, got into the business first as a patient and then as a freelance cannabis writer.

The writing caught the eye of the staff at MOCA — their medical dispensary at the time — and Cupcake started working for them part time as a budtender two and a half years ago. The job became a full time position at the start of the year, and while Cupcake still works some as a budtender, their official title is now marketing manager for MOCA.

It was in that role that Cupcake was selected as Chicago Reader’s 2019 staff pick for the city’s “best budtender.”

Running a dispensary that is both for medical and recreational cannabis isn’t without its headaches in Illinois.

“It’s almost like we’re two separate dispensaries housed at the same location,” Cupcake said, describing how the business is not able to move inventory from the recreational side of the storefront to the medical portion and vice versa.

“We can’t say, oh, you’re a medical patient, sure, you can grab those recreational gummies and we’ll charge you the medical tax rate. We have to sell it as recreational. So it’s been a challenge balancing those two things.”

It’s been important for the establishment to maintain its base of medical patients and to ensure that no matter how much the recreational side of the business takes off, that they continue to “feel prioritized and valued and that they have lots of options for products and we’re not prioritizing recreational over them,” Cupcake said.

That doesn’t mean that with recreational cannabis now legal in Illinois that there has been a fall off in medical customers — to the contrary.

“We’re actually finding that once people get a taste of legal cannabis and how convenient it is, they want to become a patient because you can save the 40% taxes on a single product,” Cupcake said, adding that there is also a wider selection on the medical side of the business.

And when these new customers visit MOCA for the first time, are they as savvy as dispensary customers in states like Colorado or California, which have had legal pot retail stores for years now?

“They just have questions about some of the products. I think most people are familiar with the concept of smoking cannabis flower, but they might not know the measurements, the strains,” they said.

“With edibles, dosages is usually the very first conversation because they might not know what their target doses are or if they don’t have a certain idea of how much they can tolerate, we can help them find that dose.”

Cupcake added that the dispensary also advises customers and patients to be careful and take their time if they’re new to a cannabis product.

In addition, even when customers are well experienced with cannabis, they may not know the intricacies of it or the active ingredients that make it work.

“I find that people focus on the THC percentage in a way that eclipses the bigger story that we all know about terpenes and things like that,” Cupcake said, adding that they are writing blogs and social media posts to educate people more about the ins and outs of cannabis.

“You know, there’s the person who maybe smoked a joint in the 70s and liked it then but is kind of overwhelmed by all this new fangled terminology and brands. And then there’s also a younger consumer who maybe also needs guidance because they might’ve heard a trendy brand name or they’re focusing on something with great marketing from California.”

“I really like to keep it general because everybody’s experience is unique. I can’t ever tell somebody exactly what’s going to happen to them, but I can tell them my experiences. I can tell them the experiences of other patients that I’ve had, and it’ll give them a way to predict what the results might be like for them.”

In the meantime, like people in the cannabis industry and countless other lines of work, Cupcake is looking forward to the day when we can all — finally — emerge from the coronavirus pandemic and get our old lives back (or something that resembles them).

“We were so excited for events this year and then Coronavirus happened,” Cupcake said, adding that Chicago is a city where people love festivals and meetups, “and then we got a wrench thrown in our plans.”

Cupcake is confident that in the near future the Windy City will be able to use all of its attractions and talented artists and creators to help make it a cannabis destination to rival Seattle, Denver, or the bigger cities in California. And hopefully sooner rather than later.