Meet ‘hashinene,’ the terpene that makes hash so unique 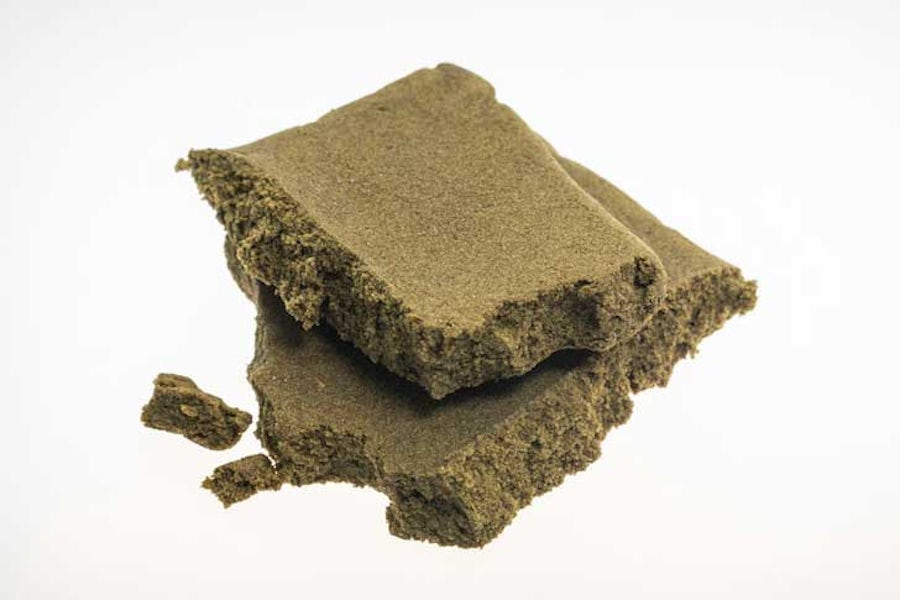 While flower rules in the Americas, hashish has long been the vanguard of cannabis in Europe and the Middle East. Grown and processed in North Africa, the Levant, and Asia, it produces a different, typically mellow high with a taste, aroma, and rituals of preparation that are wholly unique. And even with cannabis firmly in the mainstream, and air travel cheaper than ever (pre-pandemic), most marijuana fans in the US still aren’t all that familiar with hash.

But what sets hashish apart isn’t just the way it crumbles in your hand or the sensation it produces, there is actually a specific chemical compound that is far more common in hash than in cannabis flower — and researchers believe it’s formed by the unique process involved in making hashish.

The researchers who in 2014 published a study  in the Journal of Chromatography first coined the name “hashinene” for this unique terpene, which it described as “a rare and unusual monoterpene” with the tongue-twisting name 5,5-dimethyl-1-vinylbicyclo[2.1.1]hexane.

“In view of its high abundance among volatile constituents of cannabis resin and its scarce occurrence in other natural volatile extracts, we propose to rename this specific monoterpene hashishen,” the researchers wrote. They found it at levels as high as 14%.

The report presented evidence that the compound is created during the production of hash, by the “light induced rearrangements” of β-myrcene — the most common terpene in cannabis, known for its often sedative effect.

The researchers used 15 grams of hashish that they procured from the French Police, which they state was probably of Moroccan origin. The discovery of hashinene wasn’t actually the goal of the study, which originally meant to develop ways for drug enforcement authorities to detect drugs without dogs.

The researchers stated that their lab work “led us to observe clear differences in the chemical composition” of cannabis herb and hashish, and that they found that “most of the major terpenes present in fresh cannabis herb undergo various transformations during hashish manufacture, including isomerization, dehydration, cyclisation, and more specifically, photo-oxidation.”

They further stated that hashish “is manufactured according to a lengthy process involving repetitive steps of sieving and drying of the resin-rich female heads of cannabis plants. The process is carried out until the resin naturally aggregates, producing hashish after a final compression. Any exposure to sunlight during those drying steps could therefore be reasonably considered responsible for the photolytic formation,” of hashishene from the terpene β-myrcene.

In other words, hours and days on end of drying out in the sun and open air, on rooftops and in backyards in the Rif mountains of Morocco, the Bekaa valley of Lebanon, and beyond, plays a role in altering the makeup of some molecules in hashish.

Terpenes are the molecules that give cannabis varieties their distinct smell and flavor — as well as many of their effects. And while most consumers are more likely to just look at the cannabinoid profile — specifically the percentage or ratio of THC and/or CBD in a cannabis chemovar — terpenes can play a major role in how a specific strain tastes, smells, and makes you feel.

Take for instance limonene, which as the name suggests is known for its aroma of citrus, as well as energizing, anti-depressant, and anti-anxiety effects, among others. Or pinene, which has a woody, piney aroma, and can be energizing and anti-inflammatory.

Terpenes can also work synergistically with cannabinoids, influencing and heightening their effects, part of what is known as “the entourage effect.”

Previous Article New study: No link between cannabis and cognitive decline in seniors Next Article Why a standardized cannabis dose is a bad thing. And a good thing
The Cannigma uses cookies to improve your experience and to show you personalized adsACCEPTPrivacy Policy
Manage consent