Lumír Hanuš has been researching cannabis for 50 years 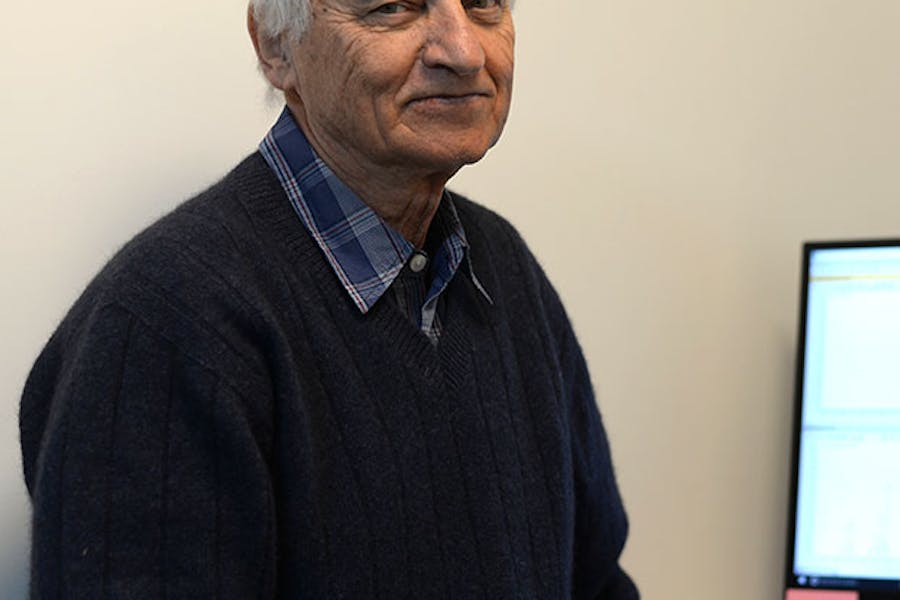 Fifty years ago, Lumír Hanuš was already researching the antibacterial and antibiotic properties of cannabis in a lab in Czechoslovakia. The cannabis-derived extracts and solutions he and his colleagues created were used in hospitals there to treat everything from bed sores to shingles to gynecological conditions.

“It’s very efficient against gram-positive microorganisms,” Hanuš said, “including some [which are] pathogenic.”

When Hanuš left the country following the Velvet Revolution in 1990, he said, nobody continued his work there and it became illegal.

Fast-forward to 1992 in Jerusalem, Hanuš was the first to isolate a chemical in the brain (anandamide) that binds with the same receptors cannabis interacts with, filling in the last puzzle piece of how the endocannabinoid system functions.

“Later, when we isolated more compounds,” Hanuš said in an interview with The Cannigma, “we named them endocannabinoids because these endogenous compounds behave like cannabinoids from the plant.”

“We didn’t expect what happened next,” Hanuš explained. “We published it in Science in 1992 and the next year the amount of publications on this subject went up exponentially. Then everybody started to be interested in cannabis research, and it was this explosion that [we see] today.”

Hanuš has the unique perspective of somebody who has been at the forefront of medical marijuana research for over 50 years — on both ends of massive changes in the plant’s legality, legitimacy, and our knowledge of it. For anyone in the medical cannabis world, he is also somewhat of a celebrity.

Where Cannabis Research Should Go Next

Hanuš will be speaking at the CannX medical cannabis conference in Lisbon this February. One of the things he said he will be discussing there, is what direction medical cannabis research should take.

One of the problems facing medical cannabis research today, Hanuš said, is the sheer number of compounds in the cannabis plant. It’s simply untenable to try combinations of them all in order to see which comprise the best treatment for a given disease.

He said researchers should look at groups of patients being treated with cannabis and see which chemotypes (strains) and their components are effective.

“The more cases you have, the more precise you are,” he added, “not just to try a combination of compounds, because [there are] too much.”

In contrast, much of the cannabinoid research taking place today is taking the opposite approach, looking first at specific compounds or combinations of compounds and how they affect different diseases in laboratory settings.

For a chemist, Hanuš is a strong advocate of whole-plant therapies. He speaks nostalgically about the use of medicinal plants like Sambucus nigra in his native Czech Republic — and, of course, about cannabis.

“I think that man cannot beat nature,” he said of pharmaceutical isolates of cannabinoids or synthetic cannabinoids. “They are trying to prepare derivatives because they can patent it and they can earn a lot of money. But nature is still best.”

However, it’s imperative to discover which compounds are best suited, or best combined, for treating diseases — not all cannabis plants have the same ratio or chemical makeup, and not every person and disease reacts identically.

Further complicating things, different compounds of the cannabis plant only exist at different stages of its development, not to mention that some are transformed or lost during decarboxylation — when cannabis is heated while being smoked, vaped, or cooked.

“When we treated patients with cannabis in Czechoslovakia, we never decarboxylated. We used what was in the plant, mainly neutral cannabinoids and mainly these were cannabinoid acids,” Hanuš said.

“Now they discovered that cannabinoid acids are very important,” he added.

“When you cultivate [cannabis], in different stages of development it can be a different medicine,” Hanuš continued, explaining that the goal is to find a formulation that achieves the maximum effect with minimum compounds.

Hanuš gives the example of research being conducted by Dr. Adi Aran with autistic children, which demonstrated that choosing the correct chemotype is crucial for successful treatment.

“We know the strain is important, but we still don’t know which compounds it must be,” he said.

Hanuš also discussed the difficulty and slow pace at which this type of research can move. Even his discovery of anandamide, conducted in the Hebrew University lab of Professor Raphael Mechoulam’s lab, along with American pharmacologist William Devane, was almost called off.

“After a year we still didn’t have results, so Professor Mechoulam thought we should close this research,” he recalled. “We asked him if he would be so kind and try it with us another year — and he agreed. It took another half year to isolate the compound.”

“Don’t think that it can be overnight or in one week, in one month or in one year — it’s a long-distance run,” he added. “Usually you work for one year and you have no results, and then you have excellent results in one week.”

Perhaps to the surprise of many in the cannabis space for whom he is a celebrity, Hanuš doesn’t think marijana should be legalized for adult-use.

“I’m not for smoking and drinking. Life is happy when you live a healthy life. You won’t be happy and excited from drugs,” he said. “Do some sports.”

Previous Article What the heck is hemp? With João Gama Next Article What is cannabinoid hyperemesis syndrome?
The Cannigma uses cookies to improve your experience and to show you personalized adsACCEPTPrivacy Policy
Manage consent