Yes, legalization drives voter turnout, but it’s not so simple 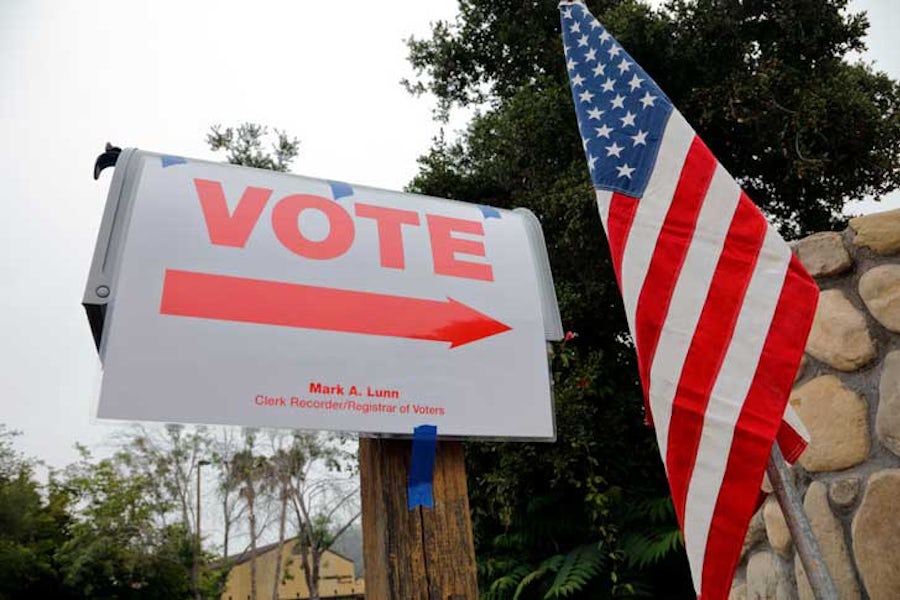 A polling station in California. (Visions Of America LLC/123rf)

In mid-August, President Donald Trump urged Republican governors to keep marijuana legalization initiatives off the upcoming November election presidential ballots because it would increase voter turnout among Democrats. A few weeks later, Democratic Senate Majority Leader Chuck Schumer pledged that if his party took control of Congress and the White House that they would decriminalize cannabis on a federal level, effectively casting the plant as a new political wedge issue.

But does cannabis really increase voter turnout? And does it affect who shows up to the polls on election day?

When cannabis legalization initiatives are on the ballot in an election year it can indeed have an impact on voter turnout — but for the most part the effect is rather muted. Those were the conclusions of an analysis by The Cannigma of voter turnout in 11 different states in years in which marijuana legalization was on the ballot, either in a presidential or midterm election.

The Cannigma analyzed turnout in elections in Alaska, California, Colorado, Massachusetts, Michigan, Nevada, Oregon, Washington, and North Dakota, in years in which recreational cannabis legalization initiatives were up for a vote, and examined the turnout in Florida and Arkansas during elections that included medical marijuana legalization measures.

Not always good for legalization

Higher voter turnout doesn’t ensure success for marijuana legalization initiatives, however. In North Dakota in 2018 there was a more than 10 percentage point increase in voter turnout in an election in which a marijuana legalization initiative was voted down. In that election, turnout rose to 57% from 46.8% in the 2014 midterm, as North Dakota Measure 3, Marijuana Legalization and Automatic Expungement Initiative failed with 59.45% of voters opposed. The measure was slated to legalize recreational marijuana use in the state for people aged 21 or over and create an automatic expungement process for people with marijuanan convictions.

In Arkansas, there was 66.7% turnout in the 2012 presidential election, in which voters struck down a medical marijuana legalization initiative with 51.44% of voters opposed. That turnout was 2.7 percentage points higher than the average turnout of 66% in presidential elections, and 1.7 points higher than the turnout in 1996, when former Arkansas Governor Bill Clinton ran for reelection. In 2016 meanwhile, turnout dropped by almost 10% — to 55% — in a general election in which a medical marijuana legalization initiative was passed.

In addition, there was also lower turnout in elections that included a medical marijuana initiative, such as the 2014 midterm elections in Florida, in which 51% of voters went to the polls, 4 percentage points below the state’s average midterm elections turnout 55% since 1990.

Ahead of the 2016 presidential election, the Brookings Institute wrote of “Cannabis Coattails,” and how cannabis initiatives affect voter turnout, the outcomes of races, and the accuracy of polling. The article was posted just as Arizona, California, Maine, Massachusetts, and Nevada were set to vote on recreational marijuana initiatives.

Brookings looked to answer how legalization support breaks down along demographic and party lines, largely by looking at a 2016 Gallup poll, which found support for legal marijuana stood at 60%. This was the highest since Gallup began the poll in 1969, when only 12% of respondents said they support legalization. The poll found that support was highest among people aged 18-34, at 77%, while for those over age 55 it stood at 45%.

And while there is strong support for legalization across all age groups and political alignments in the United States today, the 2016 Gallup poll showed the political breakdown in support for marijuana legalization — which was supported by 67% of democrats, 70% of independents, and only 42% of republicans. The numbers represent a major increase across the board — especially with Republicans, for whom support increased from 20% in the combined 2003 and 2005 poll, to more than double that in 2016. For Democrats, support increased from 38% to 67%.

With these political breakdowns in mind, the Brookings article highlighted how while self-described liberals comprised just 17% of the registered voters who showed up on election day in 2008, with marijuana on the ballot in 2012, they compromised 28 percent. There was also higher turnout for younger voters, who made up 20% of the voters in 2012, as opposed to just 14 percent in 2008. Voters aged 18-24 made up 12 percent of those who cast their ballots, more than double the 5% they represented in 2008.

And while it may not be the most scientific metric, at a rally in Wisconsin in mid-August, President Donald Trump encouraged Republicans not to put marijuana initiatives on the ballot in elections they’re running in, saying that it would increase turnout among precisely the voters Republicans don’t want coming to the polls.

“The next time you run please don’t put marijuana on the ballot at the same time you’re running,” Trump said, adding “you brought out like a million people that nobody ever knew were coming out.”

“On the issue of marijuana—it’s clear that if you elect a Democratic Senate and President and a Democratic House, we will make great progress,” Schumer told Leafly. “If you don’t vote and allow Republicans to control things, the only thing you’ll be able to do is complain about how unfair the laws are.”

But what does this mean for the candidates at the top of the ballot? According to Brookings, there is evidence that in Colorado in 2012, 68% of those who supported the legalization initiative also voted for Democrat Barack Obama, and in Washington, 72% of Initiative 502 supporters voted for Obama.

These conclusions are in marked contrast to those in a 2014 538 post entitled “Sorry Democrats, Mairjuana Doesn’t Bring Young Voters to the Polls.” Namely, the post took issue with 2012 exit polls in Colorado, Oregon, and Washington, saying that the government’s Current Population Survey (CPS) concluded youth turnout rose by only 0.2 points in Colorado, dropped by 0.9 points in Oregon, and dropped by 2.7 points in Washington. Overall, there was a 1.2 point drop across all three states.

The 538 post also looked at young voter turnout (between 18-29 years old) in 14 ballot measures between 1998 and 2012, and found that on average the youth vote only rose by 0.1 percentage point on average when marijuana was on the ballot.

The bottom line is that despite some exceptions, such as the 2018 midterm elections in Michigan, the difference either in decreased or increased turnout is in the low single-digits, averaging just barely over 1% in general elections, though it can often be significant — boosting turnout by as must as 5% or more in midterms.

These figures also don’t take into account all of the other dynamics at play. For instance, in a presidential election year, turnout can be higher due to a range of political factors and personalities. There may also be other initiatives on the ballot that are more important to voters which get them to the polls in higher numbers — including voters who are more likely to vote against cannabis initiatives.

Simply put, there isn’t a night and day difference when mairjuana is on the ballot, but sometimes, politics can be a game of inches, and in that case, cannabis could potentially be that one toke over the line.