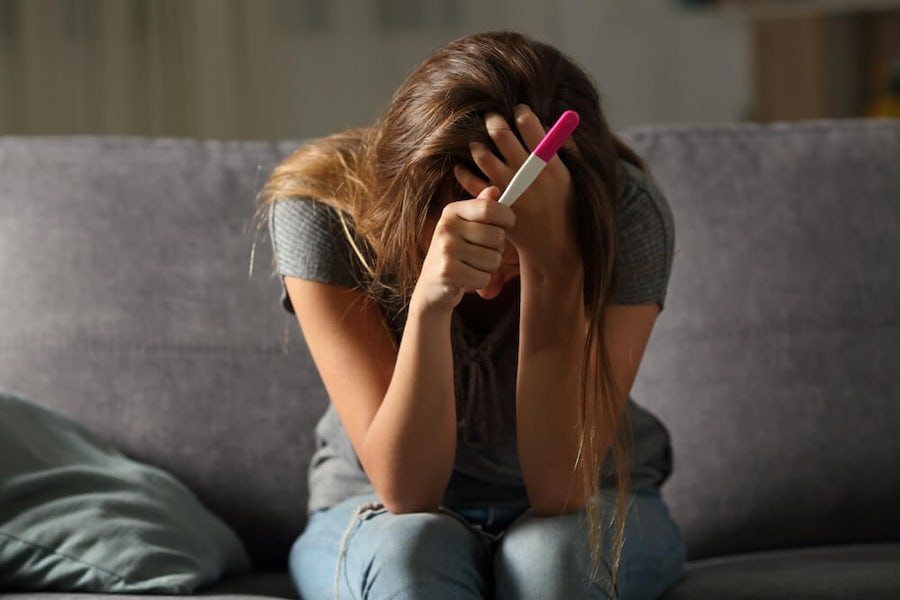 The findings were limited, however, due to a small sample size and the fact that the women who used cannabis also consumed more alcohol, opioids, and anti-depressants. (Shutterstock)

Cannabis use could reduce the chances of a successful pregnancy, according to new research.

The reasons behind this reproductive difference aren’t yet clear, but the researchers believe cannabis could be affecting the women’s levels of luteinizing hormone (LH), which helps regulate ovulation.

To get their results, the researchers, who were primarily from the US’s National Institutes of Health (NIH), looked at select data from a clinical trial that investigated the effects of aspirin in pregnant women. This trial took place between 2006 and 2011 and involved 1,228 participants from Pennsylvania, New York, Utah, and Colorado.

The participants’ levels of cannabis use were determined via questionnaires and urine samples. In total, only 62 women (5 percent) were recorded as cannabis consumers.

As a group, these women also consumed more alcohol, opioids, and anti-depressants than the women who didn’t consume cannabis. As these substances could also contribute to a fall in fecundity (chance of pregnancy), the researchers accounted for them in their final conclusions.

“First, we adjusted for alcohol use in regression models as is typically done in these studies,” Dr Sunni Mumford, an investigator at the NIH and lead researcher of the study, told Analytical Cannabis.

“Second, we also excluded all individuals who reported alcohol use and looked at the role of cannabis among this group of women,” she added. “Importantly, we found similar results of decreased fecundability with cannabis use when only looking among women with no alcohol intake, though our precision was limited due to the smaller numbers in this subset.”

Indeed, given how few “cannabis consuming” women there were compared to the number of women in the abstinent group (62:1,166), Mumford and her colleagues admit that the conclusions made about the former group aren’t as robust as they could be.

“Owing to the relatively few cannabis users in our study, we had limited ability to make conclusions regarding live birth and pregnancy loss, and were unable to account for male partner use,” they write in their study.

However, despite these limitations, the NIH researchers are still confident that cannabis can significantly reduce the chances of conception, particularly among those who have already lost a pregnancy. The study found that such women who used cannabis had a 41 percent reduced chance of becoming pregnant, despite “an increased frequency of intercourse.”

“These findings highlight potential risks on fecundability among women attempting pregnancy with a history of pregnancy loss and the need for expanded evidence regarding the reproductive health effects of cannabis use in the current climate of increasing legalization,” Mumford told Analytical Cannabis.

Mumford and her colleagues also found that cannabis use was linked with higher levels of the hormone LH in many of the participants’ urine samples. This hormonal change, they say, could be a reason behind the fall in fecundity.

“The association we observed with LH could be indicative of altered hypothalamic pituitary gonadal axis function,” Mumford said, “which can subsequently affect ovulation, uterine receptivity, and implantation, which are all factors that play an important role in fertility.”

Regardless of any underlying mechanisms, several other studies have linked prenatal cannabis consumption with less preferable birth outcomes.

A study published last year in the Medical Journal of Australia found that those who continued to consume cannabis after 15 weeks of pregnancy were more likely to give birth to babies with a lower birthweight and a shorter head circumference.

Another recent study found that, when exposed to THC, bovine eggs were significantly less likely to result in a viable pregnancy.

Despite these findings, an increasing number of pregnant people across North America report consuming the drug, often to treat morning sickness.

Speaking to Analytical Cannabis in 2019, Kelly Young-Wolff, a research scientist at the Kaiser Permanente Northern California Division of Research, described her findings from an observational study of pregnant women in northern California.

“So, one of the main findings is that by 2017, among those women who said ‘yes, I’ve used cannabis during pregnancy,’ 21 percent of them said that they were using cannabis daily,” she said.

“Ninety-six percent of our women who said they used during pregnancy were also using in the year before pregnancy,” she added. “And I think that is actually a nice thing to know, because women’s health clinicians can provide education about the potential harms of prenatal cannabis to all women of reproductive age, particularly those who are trying to get pregnant prior to conception.”