Cannabis can reduce OCD symptoms by half, study suggests 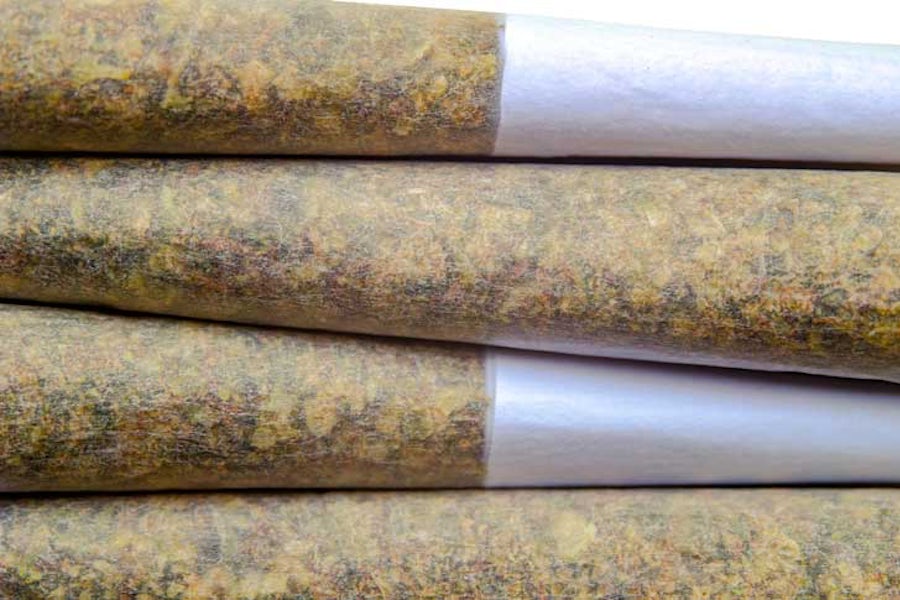 A close-up of marijuana pre-rolls, or joints. (Marvin Tolentino/123rf)

Cannabis could cut the severity of some symptoms associated with obsessive-compulsive disorder (OCD) by more than half, say researchers from Washington State University.

In a new research paper, currently in pre-proof in the Journal of Affective Disorders, the researchers detail their observations of data collected from the Strainprint app, a third-party app that provides patients with a means of recording their medical cannabis use and tracking changes in their symptoms.

They found that app users who self-identified as having OCD – a condition characterized by persistent intrusive thoughts and repetitive behavior – reported significant reductions in their compulsions, intrusions, and anxiety within four hours of smoking cannabis.

High-CBD cannabis associated with a larger reduction in symptoms

In total, the app data studied by researchers included over 1,800 cannabis use sessions recorded by 87 people across a period of 31 months. The people, who all claimed to have OCD, recorded the severity of their intrusions, compulsions, and/or anxiety both before and after using cannabis.

Compulsions manifest in many ways and can include behaviors such as frequently double-checking locks and appliances, excessive handwashing, and performing mental rituals like counting or repeating specific words for reassurance. According to the app data, users experienced a 60 percent reduction in their compulsive behaviors within four hours of using cannabis.

Intrusive thoughts were also effectively reduced following cannabis use, by an average of 49%. Similarly, cannabis use resulted in a 52% drop in feelings of anxiety.

Notably, the researchers also found that cannabis with a higher concentration of CBD, and higher doses of cannabis in general, were both associated with larger reductions in compulsions.

The long timeframe of the study allowed the researchers to look for effects of tolerance, but this data was more mixed. In general, as people continued to use cannabis the associated reduction in intrusions became slightly smaller, which may suggest that a certain amount of tolerance was being built up. However, cannabis use remained equally effective in reducing compulsive behaviors and anxiety across the study period.

“The results overall indicate that cannabis may have some beneficial short-term but not really long-term effects on obsessive-compulsive disorder,” said Carrie Cuttler, an assistant professor of psychology at WSU and the study’s corresponding author.

“To me, the CBD findings are really promising because it is not intoxicating. This is an area of research that would really benefit from clinical trials looking at changes in compulsions, intrusions, and anxiety with pure CBD.”

There is a growing body of evidence to suggest that cannabis and/or CBD isolate might be helpful in treating the symptoms of OCD.

A 2019 review article published in the journal Cannabis and Cannabinoid Research explained how the same regions of the brain and the central nervous system that are linked to the cannabinoid receptor CB1 and the endocannabinoid system have also been implicated in research on OCD. This overlap in neural circuitry could be the biological basis behind how cannabis might attenuate the symptoms of OCD.

Several animal and human cannabinoid studies investigated for the review indicated that modulation of the body’s endocannabinoid system could result in an anti-anxiety effect, and decrease responsiveness to stress. The endocannabinoid system, and more specifically the cannabinoid receptor CB1, was also found to have links to habit learning and repetitive behavior. From this, the researchers hypothesized that insufficient activity at the CB1 receptor might lead to developing a dependence on learned behaviors and habits, akin to the compulsions seen in people with OCD.

Despite finding evidence of this neurological link, the review authors were only able to find three case studies dealing directly with OCD and the effect of cannabis on its symptoms. All three dealt with individuals in their 20s and 30s and had responded poorly to conventional treatment. In two cases, the OCD was also accompanied by an additional mental health condition, either major depression or schizophrenia. In all three cases, a course of treatment using the synthetic cannabinoid dronabinol was able to drop the patients’ condition from a “moderate,” “severe” or “extreme” designation down to a “mild” case severity.

The researchers for the present OCD study noted that being able to use the app data for analysis was extremely valuable as it provided a large dataset to draw from. And because the app’s users were likely using cannabis purchased through their local legal cannabis market and consuming in their own home environment, the data could better reflect the realities of medical cannabis use than the data from lab studies using federally grown research cannabis.

This is also not the first time that Cuttler and her colleagues have used anonymized data provided by Strainprint for cannabis research. In recent years, her team at WSU has linked medical cannabis use to significant temporary relief from the symptoms of post-traumatic stress disorder (PTSD), a reduction in short-term feelings of depression and anxiety, and effective pain relief for headache and migraine sufferers.

Despite the benefits of this study design, the WSU researchers note that the method leaves no placebo group for researchers to compare results against. As such, there may be some form of “expectancy effect” in the results, whereby patients expect to feel better from cannabis use and so report that they do.

Still, Cuttler and her colleagues maintain that this study provides a strong basis for further research into the study of cannabis – and particularly high-CBD cannabis or CBD isolate – as a potential therapeutic avenue for helping people with OCD.