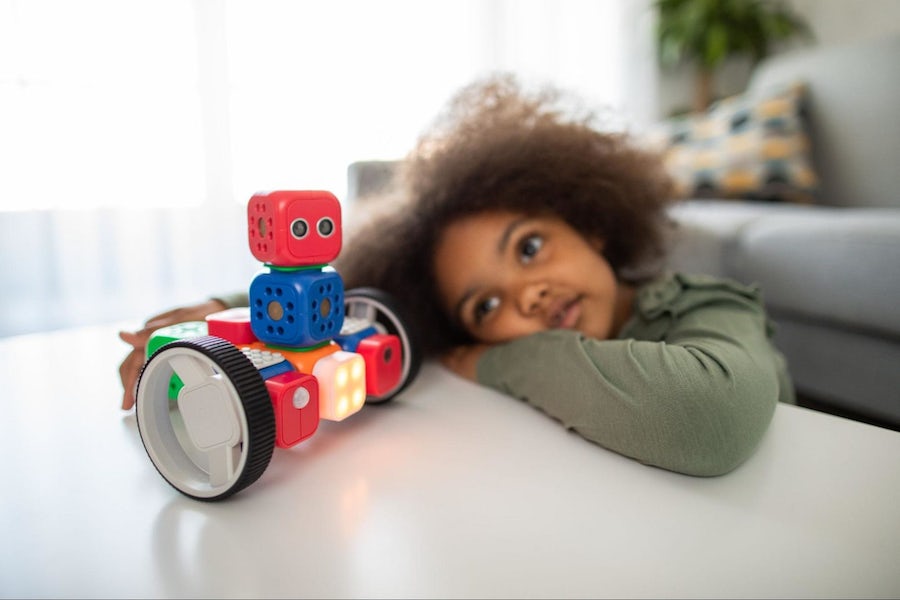 Cannabis is an incredible, multi-purpose plant. As our body of research expands, new avenues of potential treatment emerge for conditions that were previously overlooked. One of those avenues is people living with autism using cannabis.

First, let’s be clear; cannabis cannot cure autism. There is no cure for autism spectrum disorder, and it does not need to be “cured.” Instead, thanks to changing perspectives in psychiatry and psychology, individuals with ASD, commonly dubbed neurodivergent, highlight the fact that their brains are programmed in a way that is not typical, but not necessarily wrong. In fact, this neurodiversity is now being accepted and many people with ASD are empowered to live happy and fulfilling lives just as they are. And the problematic symptoms of ASD, like OCD, social anxiety, and communication issues can often be mitigated by working with a board certified behavior analyst. 1

Based on limited existing evidence, the best strain of cannabis for autism is a high-CBD strain with limited THC, and a terpene profile that includes beta-caryophyllene, linalool, limonene, pinene, or myrcene.

A rural Canadian doctor prescribes cannabis for the first time

Strain names are included in this article as a reference point, but strain names are an unreliable indicator of chemical makeup. Take these as a starting point and look for strains that match these profiles, not ones that necessarily share their name.

Autism and the endocannabinoid system

Autism spectrum disorder is a neurological and developmental disorder that affects how people interact with and experience the world. People with autism can struggle with sensory issues, fine motor skills, socialization, communication, self-injurious behaviors, anxiety, emotional outbursts, repetitive behavior, and highly specific interests. Autism is referred to as a spectrum because there is a variation in the symptoms and severity that people experience.

People with autism often have comorbid diagnoses such as anxiety, depression, sleep disturbances, ADHD, epilepsy, allergies, autoimmune conditions, and gastrointestinal conditions. Neurodivergence has always existed, but it is only in recent decades that science has truly begun to understand the full breadth of autism and neurodivergence as a whole. 2 3

There is a host of emerging research examining the connection between autism and the endocannabinoid system.

People with autism often do not understand or recognize social cues and may struggle to navigate complex social relationships with unspoken expectations. Depending on the neurodivergent individual, they may understand what is going on around them, but lack the ability to communicate a response understood by those around them. Endocannabinoid signaling plays an important role in the neural processes of social anxiety and reward, and this signaling is context-dependent and selectively recruited. 9

How cannabis can help with ASD symptoms

Although cannabis will not “cure” autism, stimulating the endocannabinoid system can help manage symptoms such as:

A 2019 study of 188 ASD patients treated with 30% CBD oil with 1.5% THC found that cannabis is “well tolerated, safe and effective option to relieve symptoms associated with ASD.” The average dose taken by patients was ~80mg CBD and 4mg THC, taken by mouth three times per day. Over half of the patients had moderate improvement in ASD symptoms, while almost half had significant improvements. 11

A 2021 study followed 33 children with ASD while being treated with CBD-rich cannabis oil, with less than 3% THC content. 13 The researchers found that:

One important note about the studies mentioned above and autism research in general, there is typically a difference in symptoms between sexes. Historically males have been diagnosed with ASD more commonly than females, which explains the research bias towards men. Emerging data suggest ASD rates may be more similar in both sexes, but are less likely to be noticed in females.

Because we know that cannabis can affect the sexes differently, what works well for male ASD patients may end up not being the ideal for female patients. Looking forward we will need to unravel these complexities of cannabis medicine.

How to choose cannabis for ASD

To find the best cannabis strains to treat autism symptoms, don’t get stuck on indica/sativa labels. These labels are meaningless to tell you the chemical profile of your cannabis product; at best this can only tell you if the product came from a cannabis indica or cannabis sativa plant. Don’t worry too much about strain names either; studies have shown that strains can carry the same name and have wildly different chemical profiles.

Instead, start with chemovars. Chemovars classify cannabis by the dominant cannabinoid, and there are three main chemotypes on the market.

The best cannabis strain for autism is subjective and dependent on each person and the specific symptoms you’re trying to manage. Autism is a wide spectrum, and it is impossible to say a single strain or chemical type is best for everyone.

However, high-CBD strains with low amounts of THC have shown in research to be the best tolerated by autistic people. As the 2021 study referenced above said “using lower doses of CBD and trace THC seems to be promising in managing behavioral problems associated with autism.”  14

How you consume cannabis matters too. Inhaled cannabis from vapor or smoke works quickly, taking effect within minutes, but the effect is over in a few hours. Conversely, oral cannabis from edibles or tinctures takes over an hour to take effect but can last for 6 – 8 hours. The results you’re looking for and the ability of the person to consume affect what delivery method is best.

The benefits for cannabis are not limited to THC and CBD alone. In fact, there are many lesser known cannabinoids that could be incredibly useful at helping autistic patients. From cannabinoid acids to minor cannabinoids, the plant has a ton to offer to neurodivergent patients.

Cannabidivarin (CBDV) may be a promising cannabinoid in treating the symptoms of ASD to enhance quality of life. It has anticonsulvant, neuroprotectant, and anti-inflammatory effects. In an animal study, it was shown that CBDV reduced symptoms of ASD. This approach remains experimental, and how exactly CBDV may help with ASD remains to be fully explored despite early promising studies. 16 17

While minor cannabinoids like CBDV are certainly less available than THC and CBD, products containing CBDV are rapidly entering the North American hemp market thanks to advanced breeding techniques led by companies like Oregon CBD. They will undoubtedly also penetrate into international markets soon enough.

If you’re looking for terpenes to help with insomnia, sleep disturbances, or hyperactivity, look for terpenes with sedative properties including: myrcene, linalool, beta-caryophyllene.

If you’re looking for terpenes to help with depression and anxiety, look for beta-caryophyllene, linalool, limonene.

The benefits of these terpenes aren’t limited to cannabis. Terpenes are abundant in nature, and you can also use essential oils, applied topically or inhaled to get similar benefits. ASD is a complex and often difficult to manage condition. Despite hope for using terpenes and essential oils alone to combat autism symptoms, much of the existing evidence does not support their use. 25

Autism can be a challenging condition to manage and often requires numerous medications or therapies. Always have a healthcare professional, such as a pharmacist, check for drug interactions between cannabis and other medications. CBD has the potential to cause drug interactions, especially at higher doses, so being aware of drug interactions may help reduce side effects. 26 27

No clear dosage has been established for cannabis and ASD. Always start low and go slow while increasing doses. When it comes to ASD, you’re looking for a sweet spot. If the dose is too low symptoms may worsen, but if the dose is too high this may also result in worse symptoms.

The best cannabis strains for autism

The best strain of cannabis for autism is a high-CBD strain with little to no THC and a terpene profile that includes beta-caryophyllene, linalool, limonene, pinene, or myrcene. Strains with this profile include: ACDC, Canna-Tsu, and Cannatonic.

If you are interested in using THC, look for Type II strains that have a balance of THC and CBD. You can also combine hemp flower with THC flower, or supplement with a CBD tincture. 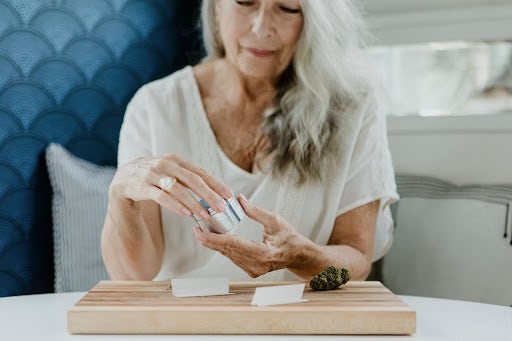 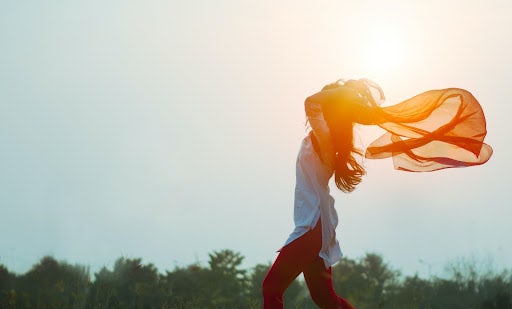 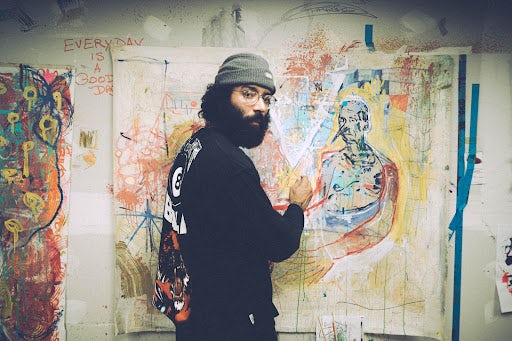 Best strains and terpenes for creativity

Previous Article What is hydroponic cannabis? Pros and cons Next Article Cannabis laws in Tennessee
The Cannigma uses cookies to improve your experience and to show you personalized adsACCEPTPrivacy Policy
Manage consent