Home Research If you like how cannabis smells - does that mean it’ll be better for you?

If you like how cannabis smells – does that mean it’ll be better for you? 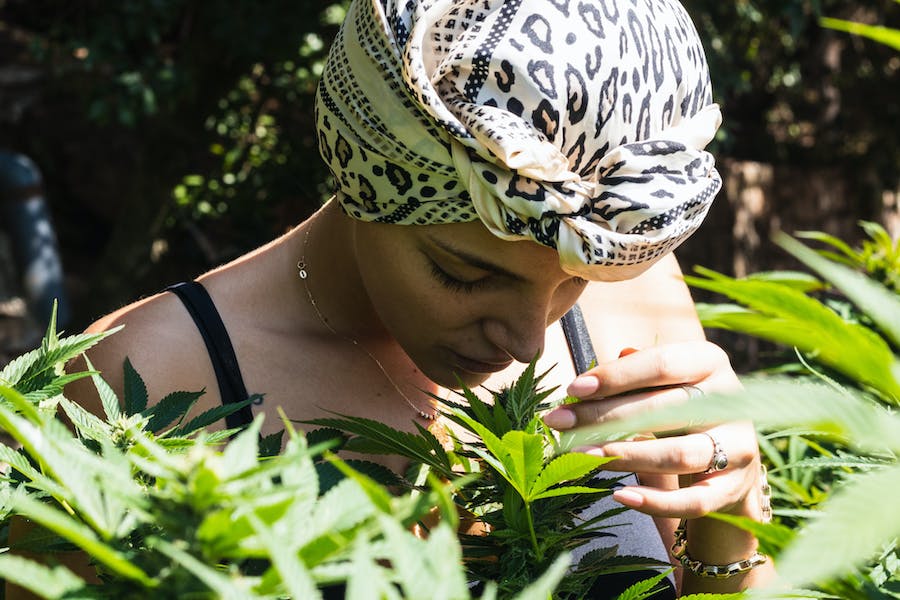 Is a dank smell the only factor to look for before buying cannabis? (Shutterstock)

Do you love cannabis strains that smell like a citrus grove? Do you prefer buying an eighth that smells like a stroll in a pine forest? Is your idea of a gas crisis when the dispensary runs out of your favorite strain? Even if your guiding principle in buying weed is “the cheaper the better,” the aroma can be a major part of the experience, and one of the most important factors cannabis users look for when buying herb.

But just because you like the smell of a particular strain, does that mean it’ll actually work better for you?

If you like the smell of a particular cannabis strain, you can thank terpenes for that. Terpenes are the primary molecules responsible for the smells of cannabis and are also the primary constituents in essential oils. The science of smells is very complex and certainly, there is more going on than just terpenes, but they are believed to be the major contributor to the unique smell of cannabis  For instance the terpene limonene, has a citrusy aroma while pinene, not surprisingly, has a woody or piney aroma.

But terpenes can also have a major effect on what you may feel from using a specific cannabis chemovar–a tenet of the proposed entourage effect.

Limonene is often described as having a refreshing, energizing effect, and cannabis strains that have a strong citrus aroma – like Super Lemon Haze – or those that are high in limonene – (or both, like XJ13) are frequently touted as producing a more uplifting effect.

Though it can range widely from one cultivator to the next, and strain names are not a reliable indicator of cannabis genetics, Kush strains tend to have an earthy, herbal aroma, with notes of wood and spice as well. The aromas of kush strains are often attributed to the terpene myrcene, which is high in many kush strains and is often described as producing a sedative, relaxing effect that people tend to associate with kush strains or “Indica” strains.1

Why smell is a key factor

“Experienced cannabis enthusiasts always lead with the nose and there’s a good reason for that—you’re much more likely to enjoy a strain that is pleasing to your nose rather than going by only THC potency. That’s the effects of the terpenes and that’s what makes every strain of cannabis special,” Stephen Rechif, a San Francisco dispensary operator of The Bloom Room and a veteran cultivator told Leafly in 2018.

In an interview with The Cannigma in December, 2020, Maine-based physician and medical cannabis expert Dr. Dustin Sulak advised cannabis consumers to focus on the aroma, saying that when shopping for cannabis they should “take a good look at it and really smell it to get an idea of its aroma. I think people can do a great job shopping for cannabis varieties by using their nose more so than their minds and reading the names on the containers.”

In other words, while cannabis consumers often put a major emphasis on the THC content when shopping for cannabis products, they’d be better off focusing on the terpene profile of the cannabis, and whether or not the aroma is pleasing to them. This is especially true if the aroma corresponds with cannabis products that have worked for them in the past.

While there has been no shortage of hip hop songs in recent years touting the joys of “gas,” cannabis consumers may actually assume that strains that are more pungent and citrusy are more potent, according to a study published in PLoS One in 2018.2

In the study, participants were asked to estimate the potency of a sample of cannabis, how they would pay for it and how much they want to smoke it, based solely on the aroma.

“Ratings for all three variables differed significantly across samples, indicating that a strain’s scent can impact how consumers rate these aspects of product quality,” the researchers stated.

They found that “strains in the citrus/lemon/sweet/pungent cluster generated higher estimates of potency, interest, and price than those in the woody/earthy/herbal cluster. Although smell-based consumer perceptions of cannabis potency vary by strain, they show no relationship to experimentally measured THC content.”

Can we really detect the smells that work best for us?

Are great aromas a universal thing, or is it truly individualized?

A study published in 2012 looked at the psychology behind how people pick the fragrances they wear (such as in the case of perfume or deodorant) and found that people chose fragrances based on how they interact with their own individual body odor.3

But what about cannabis?

Cannabis researcher Dr. Ethan Russo told The Cannigma that when it comes to how consumers perceive the aroma of different cannabis chemovars “chances are good that people create some associations of certain odors with cannabis effects that they find desirable,” and added that “obvious examples would be citrus scents from limonene as mood elevators, and piney scents from alpha-pinene for mental clarity.”

But being able to recognize a smell that you like is not the same thing as having the ability to ascertain that a specific aroma indicates that a cannabis chemovar will answer a specific bodily need or treatment goal.

“The question is, can we smell what we need as opposed to what we like? Certainly, animals have this ability, and perhaps some sensitive humans do, too.”