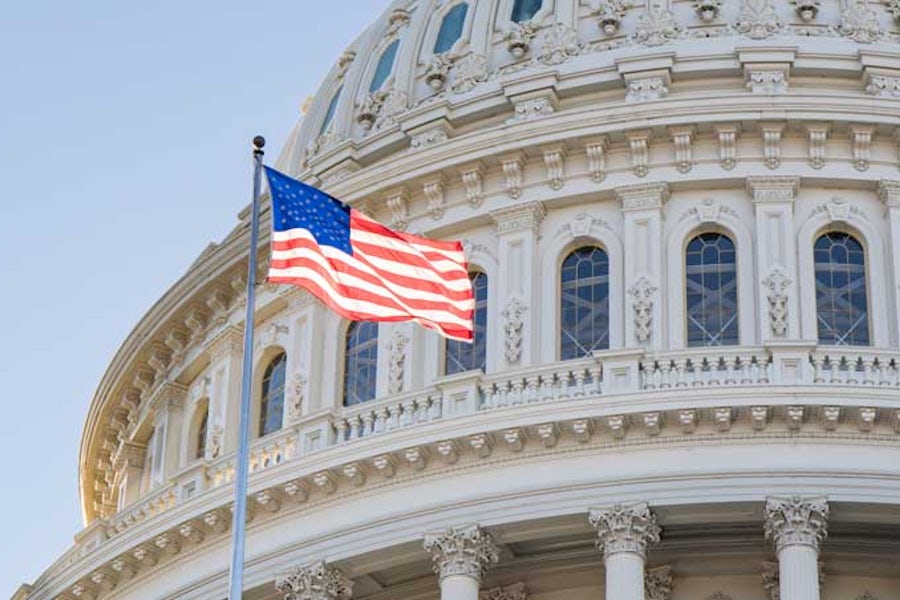 The latest coronavirus relief bill offered Tuesday contains protections for banks and other financial institutions that work with marijuana businesses in states where pot is legal.

Included within the newest proposal put forth by Democrats is a provision that would allow banks to service the marijuana industry without being penalized by federal regulators.

The provision is identical to the language of the Secure and Fair Enforcement (SAFE) Banking Act, which the House of Representatives passed last year but has stalled in the Senate.

Eight months since the House vote sent the SAFE Banking Act into legislative limbo, that bill could soon become moot if the latest relief package clears both sides of Congress.

Most states have legalized the use and possession of marijuana for medicinal or recreational purposes, including several where adults can legally buy pot from retail dispensaries.

The U.S. government continues to outlaw cannabis, however, meaning banks that do business with the marijuana industry risk federal reprisal and are thus reluctant to do so. Some dispensaries are accordingly apt to exclusively accept cash from customers, raising concerns addressed in each of the pending bills.

Both the SAFE Banking Act and the latest House bill — the Health and Economic Recovery Omnibus Emergency Solutions Act, or HEROES Act — establish protections for banks that service the marijuana industry by starting in part that federal regulators may not “prohibit, penalize or otherwise discourage” a financial institution from working with legitimate cannabis businesses, and that “proceeds from a transaction conducted by a cannabis-related legitimate business shall not be considered as proceeds from an unlawful activity.”

“The purpose of this section is to increase public safety by ensuring access to financial services to cannabis-related legitimate businesses and service providers and reducing the amount of cash at such businesses,” begins the part of the HEROES Act containing the revived banking bill.

Rep. Ed Perlmutter, a Colorado Democrat who introduced the SAFE Banking Act, said on Twitter that he had been pushing to include the reform bill in the next relief package assembled in response to the ongoing novel coronavirus pandemic, which has resulted in the shuttering in most states of nonessential businesses but not marijuana dispensaries.

The coronavirus pandemic “has only exacerbated the risk posed to cannabis businesses & their employees & they need relief just like any other legitimate business,” Mr. Perlmutter tweeted.

Introduced by Mr. Perlmutter last March, the SAFE Bank Act was easily passed in the House by a vote of 321-103 in September and sent to the Senate where it has remained in limbo.

The House is slated to vote on the HEROES Act as soon as Friday, meanwhile.

Previous Article Cannabis doesn’t cause cognitive decline, twin study finds Next Article The best cannabis grow boxes: The easy way to grow your own stash
The Cannigma uses cookies to improve your experience and to show you personalized adsACCEPTPrivacy Policy
Manage consent