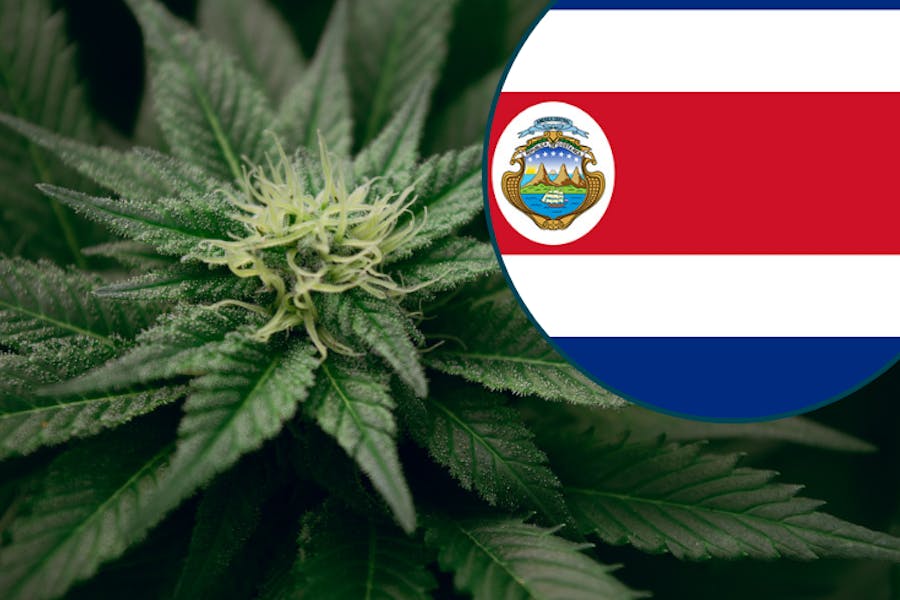 Costa Rica has fairly lax policies on cannabis usage compared to countries in Asia and the Middle East. It can certainly be smelled up and down its famous beaches, as well as procured in its local bars and dance clubs. So is marijuana legal in Costa Rica? The answer is a complex one, containing vagaries surrounding what you can “get away with,” and what you can legally be penalized for.

An overview of the cannabis laws in Costa Rica

Beginning in 1936, marijuana usage was prohibited on the popular island, though not yet illegal. In 1961, following the indication of the UN, marijuana was made illegal in Costa Rica under General Health Law 5395 as well as  Narcotics Law No. 8204.  The law forbade the cultivation of marijuana, as well as usage – recreational or medical alike –  sale, and trafficking. These rules are applied both on an individual scale and on a mass one. The punishment? Imprisonment.

Over the last decade or two, however, as increased research regarding the medical benefits of cannabis began to surface, as well as other countries and states like Colorado, California, Spain, Portugal, Croatia, and Russia all relaxed their cannabis laws, the Costa Rican government started to experience some serious pushback from its local residents.

One of the more famous instances involved local attorney Mario Alberto Cordas who cultivated a marijuana plant on his porch for personal usage, despite his apartment being situated directly across from the OIJ, Costa Rica’s federal law enforcement agency. Cordas was prosecuted and dealt an imprisonment sentence, however, he fought back legally. In 2016, he was absolved of the charges.

In 2018, Costa Ricans reaped the fruit of Cordas’s legal battle, and the personal usage of weed in Costa Rica was decriminalized in “small doses.” Local legal attorneys generally interpret this to mean anywhere between 1-8 grams, however:

How much imprisonment, you ask? An average of 8-10 years.

Costa Ricans tend to generally embrace the use of cannabis, as the recent push for its legalization demonstrates. According to LaRepublica.net findings published in 2019, Costa Rica ranks 6th amongst Latin American countries for its percentage of the population that identifies as frequent marijuana users, with 3% of local residents making the claim.

Additionally, a 2015 study published by the University of Costa Rica shared that almost 20% of students tried weed, and 7.8% reported it was easy to acquire locally. One could postulate that since personal usage was legalized in 2018, those numbers have risen significantly.

A quick look at CostaRicatraveltips reveals that marijuana in Costa Rica can be readily found, and is smoked throughout the beach towns of Puerto Viejo and Cahuita. The author even makes so bold a statement that “If you can’t find weed in Puerto Viejo or Cauhita then you are stupid.”

Travel to Costa Rica: can you buy or bring marijuana products?

While marijuana may have been decriminalized for personal use in 2018, you still definitely do not want to be caught bringing weed to Costa Rica and risk denial of entry. This was a lesson famous NFL player Duron Marmon learned the hard way, when he was caught at the airport with 58g of marijuana and a host of weed-smoking accessories, and thus denied access into the country.

A recent Quora discussion on weed laws in Costa Rica, reveals that some international travelers did take the risk and successfully bring in small amounts, either as one Dutch traveler describes, for medical usage, or another describes for recreational usage which ensued in a close call and travel warning. But the general consensus on Tripadvisor and CostaRica Travel Tips is if you want to smoke, get it locally and do it responsibly.

Common suggestions for local procurement include Taxi drivers, Airbnb hosts that are “420 friendly” and on the beach.

Costa Rica has still not legalized the cultivation and production of marijuana for medical purposes, though they are headed in that direction. In the meantime, in 2018, the country saw the establishment of Costa Rica Alchemy “the first entity of its type in Latin America, even when in countries such as Chile, Uruguay, Peru and Mexico, legislation now allows the use and commercialization of cannabis”  registered”, president of the association Javier Bermudez explained.