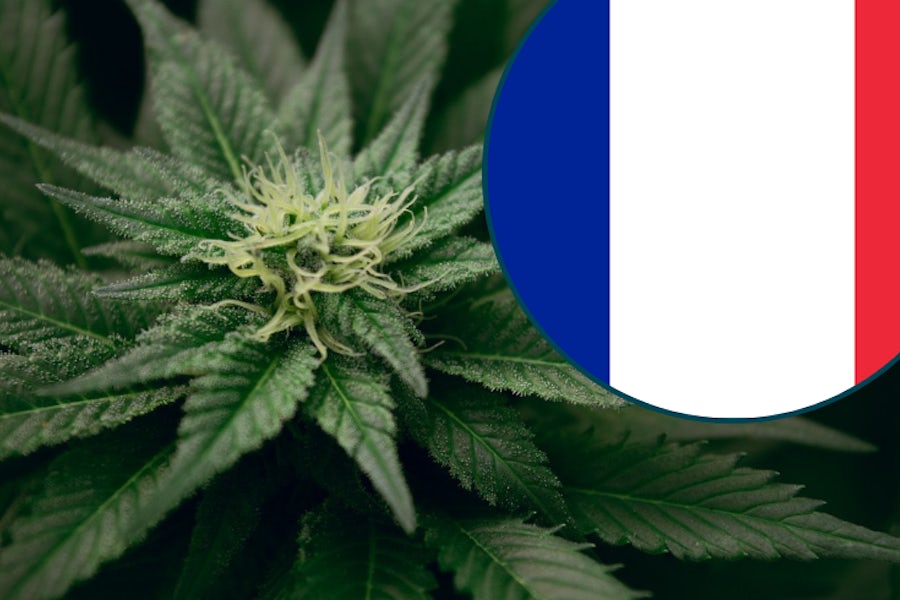 While France has long been said to have the highest number of cannabis users per capita in Europe, it has long lagged behind its western Europe neighbors when it comes to tolerance of the plant.

Marijuana is not legal in France, and the country is seen as having some of the strictest cannabis policies in western Europe. Possessing cannabis is illegal in France, although in 2020, the country changed the law so that the punishment is now a €200 fine. Fines for using, as opposed to just possessing cannabis, however, can run into the thousands of euros, and can carry up to a one year prison sentence.

The measure was seen by some as a form of decriminalization meant to thin out the court dockets, but the fines still remain on a person’s criminal record, and the plant still remains for all intents and purposes illegal.

In March, 2021, France launched a two-year experiment to gauge the effectiveness of a nationwide medical marijuana program and to prepare the ground for future distribution, according to the Health Ministry.

Under the plan, some 3,000 patients in France will be treated with medical cannabis and monitored closely. The plan was initially passed in 2019 but was delayed multiple times, including because of the COVID-19 pandemic.

Some 170 hospitals will participate in the two-year experiment. Patients can take part if they have a medical condition which has not responded to pharmaceutical drugs. Some of the qualifying health conditions include epilepsy, neuropathic pain, chemotherapy side effects, a need for palliative care, and pain linked to multiple sclerosis, according to France24. Children may be eligible in cases of refractory epilepsy or cancer.

The initiative follows the approval of the sale of prescription medications containing cannabis derivatives, such as Sativex, in 2013. In 2018, the French National Agency for Medicines and Health Products launched a committee to probe how to implement a medical cannabis program in France.

The committee concluded that “It is relevant to authorise the use of cannabis for therapeutic purposes for patients in certain clinical situations and in case of insufficient relief or poor tolerance of therapeutics … This use can be considered in addition to or as a replacement for certain therapies.”

Who can get medical cannabis in France?

Unless someone is part of the exploratory initiative, the only way to gain access to cannabinoid medicines in France is to get a prescription for Sativex from a medical professional who specializes in multiple sclerosis.

Such patients can only receive a 30 day supply and must renew the prescription every six months.

What does medical marijuana cost in France?

France has yet to launch a comprehensive medical cannabis program and set prices for products. Like elsewhere in Europe, there has been controversy over the price of Sativex in France.

Cannabis has also been at the center of a highly controversial murder case in France. In April, 2017, Sarah Halimi, a 65-year-old Jewish woman was murdered by her neighbor, who admitted to shouting verses from the Koran during the killing. In April, France’s highest court of appeal ruled that the murderer was having a psychotic episode at the time of the attack. Experts in the killer’s trial had asserted that his sanity had been permanently damaged following years of cannabis use, a ruling that sparked outrage and ridicule from many people in France and worldwide.

How to How to tell if your cannabis is laced
Previous Article Morocco passes medical cannabis legalization bill Next Article Cannabis laws in Germany: Is weed legal?
The Cannigma uses cookies to improve your experience and to show you personalized adsACCEPTPrivacy Policy
Manage consent