Home Plant What is THC-O-Acetate? Is it safe?

What is THC-O-Acetate? Is it safe? 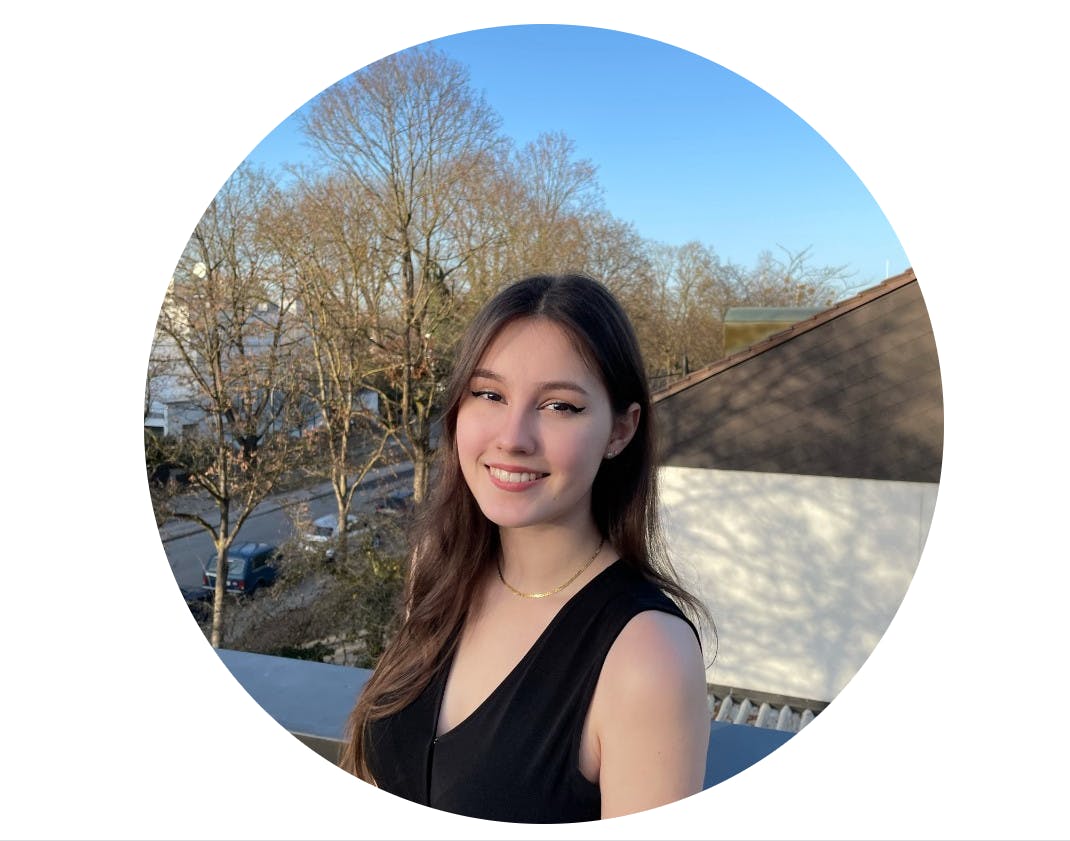 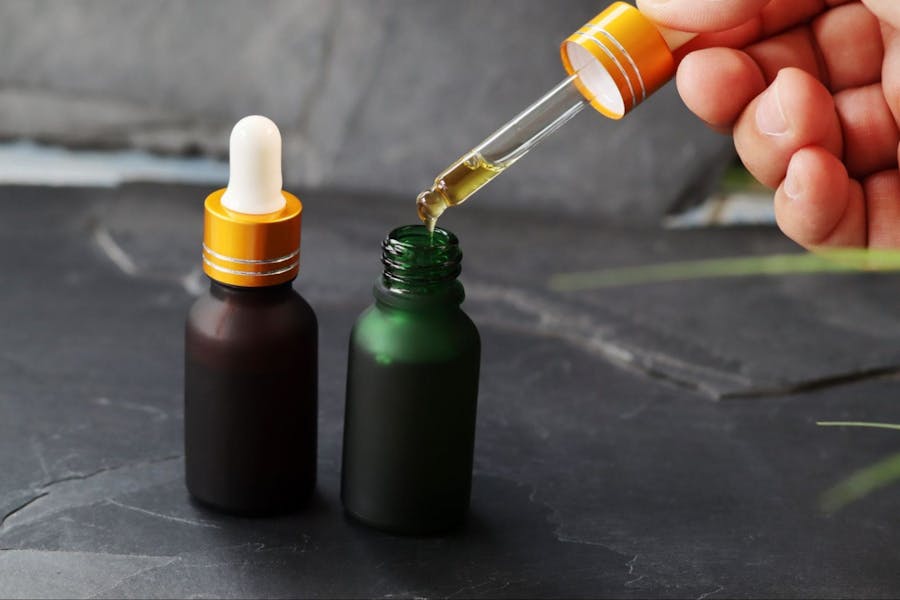 THC-O-acetate (THC-O or tetrahydrocannabinol acetate) is a synthetic cannabinoid said to be more potent and have longer-lasting effects than regular THC. Some people even claim it gives you a spiritual high! While this all sounds great, unfortunately there’s little scientific evidence to back any of it up.

This trending cannabinoid was first created sometime between 1955-1975 during the Edgewood military experiments. Although officials knew of its existence and high potency, it was never officially added to the controlled substances list, making it less clear where THC-O belongs in today’s cannabis legislation. As a result, many cannabis businesses are eagerly jumping on this new opportunity and selling it as the new big thing, similar to how delta-8-THC and delta-10-THC were marketed.

If THC is heated and mixed with a compound known as acetic anhydride, a chemical reaction takes place and creates a new and more potent chemical compound – THC-O-acetate.

In the case of the THC-O-acetate that is currently available and being sold online and in smoke shops, THC-O-acetate is more likely to technically be delta-8-THC-acetate. The reason is, due to the way the 2018 Farm Bill was written, products that are derived from CBD fall into a legal grey area including d8-THC-O. Sellers are capitalizing on this opportunity while the US regulators have so far been unable to adapt to a rapidly changing market.

The chemical synthesis is somewhat dangerous and should only ever be done by a qualified chemist, as it uses flammable and corrosive substances that could contaminate the end product if not done properly.

It’s important to note that THC-O is not a natural, or naturally-derived cannabinoid. You won’t find any THC-O in botanical cannabis products. THC-O is a synthetic cannabinoid obtained from a process that is comparable to making heroin out of morphine.1

What are its report effects?

The only scientific reports that exist on the effects of THC-O are from previously classified studies between 1948-1975, when the US military was researching non-lethal chemical weapons to use in warfare. Some of the tested substances were THC, THC-O, other synthetic cannabinoids, and even other drugs like PCP (angel dust).2

More recently, there have been claims online that THC-O gives you a “spiritual high.” Even taking a moderate dose of THC-O is said to have psychedelic effects such as intense visuals and experiencing an altered headspace. Again, there´s no research behind any of this.

Dr. Codi Peterson, pediatric pharmacist and scientific advisor to The Cannigma, suggests all of the reports could be related to pharmacokinetics. As mentioned above, the acetate that chemists added protects the THC from being broken down by enzymes, increasing THC levels in the blood and brain. “This would explain a lot of the increased potency and the ‘lag-time’ in onset that has been reported with THC-O use.”

But this altered metabolism may also have downstream effects. “Since you’re likely getting higher THC blood levels when you consume THC-O, you will also see a greater production of 11-hydroxy-THC compared to inhaling traditional THC,” said Dr. Peterson. “Large doses of edibles are sometimes reported as psychedelic-like, and I suspect it’s the production of more 11-hydroxy that is giving people that spiritual-psychedelic feeling.”

Michael Starks, the author of the book Marijuana Chemistry, claims that the effects of THC-O are 300% stronger than THC. Which, if true, may explain some of the psychotropic effects people are reporting from THC-O.

What we do know is that THC-O is considered a pro-drug, meaning that it only activates once its been metabolized and converted back into THC inside the body. There are theories that THC-O may have a higher bioavailability, meaning more THC is going to be delivered to the place of action in the body and in the brain.

As THC-O is metabolized, the acetate group that chemists added is removed, which allows the THC to take effect at cannabinoid receptors just like other cannabinoids, but in a much higher concentration. This means compared to when taking the same amount of non-acetylated THC, THC-O may help achieve much higher blood levels of THC thanks to its improved bioavailability.

How do you use THC-O-Acetate?

We’re seeing THC-O in many of the same forms you’d see THC or delta-8 on the market, but there are no studies on the risks of using THC-O in any form. THC-O only comes as an isolate or distillate, typically sold in bulk or in vape cartridges. Note that if a company claims that a cannabis flower product contains THC-O, that flower has simply been sprayed with THC-O.

THC-O edibles seem to be another popular option, and these edibles have the potential to be dangerously potent, but again, there´s no research on its health risks or benefits.

It’s also becoming increasingly popular to vape THC-O, which is not advisable with any kind of synthetic cannabinoid as the consequences are still scarcely studied. Although evidence suggests that certain synthetic cannabinoids may cause toxicities in humans, research has only been conducted on animals and not specifically with THC-O-acetate, which is more of a pro-drug than a synthetic. But especially with THC-O, the acetate group may cause lung injuries, and if THC-O hasn´t been properly synthesized or cleaned up, it could even be poisonous.3

Generally speaking, THC-O isn’t legal anywhere, but whether or not it’s clearly illegal differs in every country.

THC-O in the US

It’s unclear whether or not THC-O is federally illegal in the United States. All tetrahydrocannabinol molecules are on the DEA Controlled Substances list, which means it is considered illegal. THC-O is technically a different drug, and essentially falls into the category of synthetic cannabinoid. However, since THC-O can be processed from CBD, which is a federally legal hemp-derivative, and is not explicitly banned federally, there are some that argue it’s “not illegal” under the 2018 Farm Bill.

Producers may claim their THC-O products are legal, but they aren’t. They´re simply not yet illegal and waiting to be explicitly classed as an illegal substance, just as was the case with synthetic cannabinoids in the 2010, which were commonly sold as “Spice”. Eventually regulators catch up with the trends and ban the substance.

The Federal Analog Act of 1986 declared any analogs of THC to be classed as a Schedule I substance and therefore illegal, but it’s still uncertain if THC-O falls into this category.

According to Donald Cooper, the Senior Forensic Chemist of the DEA, THC-O Acetate was first encountered in Jacksonville Florida in 1978. Since it was thought to be a one-off incident at the time, the push to make THC-O illegal never went through and we´re still left with all this confusion around THC-O today.

THC-O in the UK

THC-O Acetate is outlawed as a Class A drug in the United Kingdom, which is considered to be the most harmful category of drugs.

This has only been the case since 1995 when someone in the UK was convicted of making THC-O in their home by following D. Gold´s book Cannabis Alchemy, which explained the manufacturing process. THC-O was then made a Class A drug as soon as authorities discovered its intoxicating effects and high potency.4

There’s no way to know if THC-O is safe without any research on the substance, especially due to the lack of oversight and regulation on the production process.

Without any studies, everything we know about THC-O is just speculation. While it is clear that THC-O interacts with the body’s endocannabinoid system, which plays an important role in keeping us healthy, it’s unclear side effects and other risks may be associated with a cannabinoid derivative like THC-O.

As mentioned, THC-O-acetate is made with some pretty noxious chemicals, and a lot can go wrong in the process if not done right.

If THC-O really is three times as potent as regular THC, finding the right dosage could be riskier, especially as its effects seem to be very sedative. In addition, the delayed onset of effect can set novice users up for overshooting their dosing range, increasing the risk of side effects.

THC-O-acetate is a big trend in the cannabis space, and a number of companies are selling it, even though it is more or less illegal. As with similar molecules and trends in the past, many within the legal cannabis industry are concerned that THC-O poses a threat to the reputation of cannabis. With synthetic cannabinoids like THC-O, it’s best to wait for more research on how it affects the body and steer clear from any products without accredited third-party lab results, which in the case of THC-O-acetate, does not yet exist.