Home Plant
What is Delta-8-THC? Is it safe?
8 min read 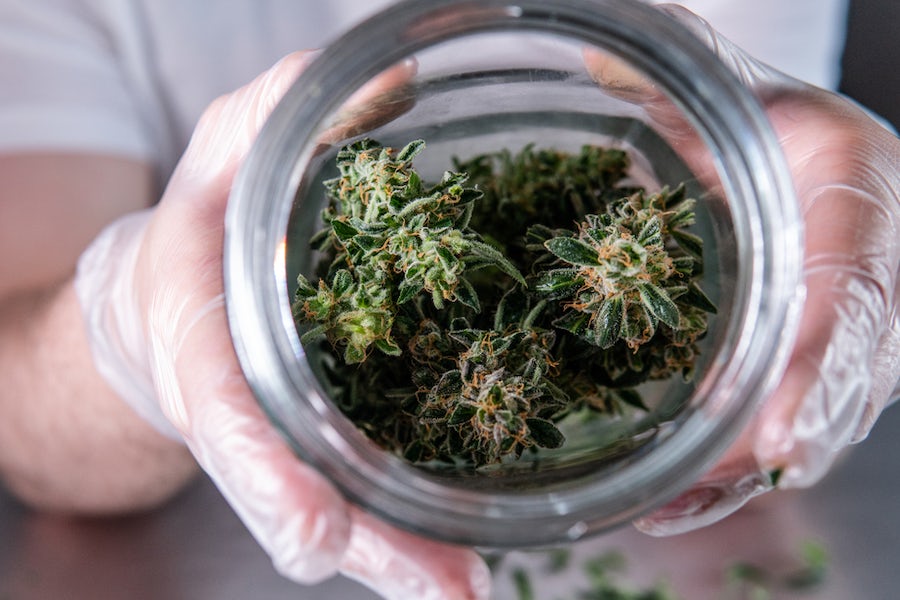 Delta-8-THC exists in small quantities in cannabis, but most of what is available to buy is synthetic. (Shutterstock)

What if there was a type of weed that was fully legal, safe to use, you could buy at the corner store, and it wouldn’t even show up in a drug test? Sound too good to be true? It is, unfortunately.

Delta-8-THC, a close relative of the more famous delta-9-THC, acts in many of the same ways producing a similar high and even some of the same therapeutic effects.

This compound is produced in very small amounts in marijuana and hemp, but most of what is on the market today is converted synthetically in a lab and sold in amounts largely unseen in nature.

What is THC? Here's everything you need to know

Because most delta-8 products are derived from hemp plants, it is believed by some that they fall under a loophole in federal cannabis laws. It is also touted as natural and safe.

But you should probably think twice, maybe even three times, before picking up some delta-8. It’s not really as legal as often suggested by producers and marketers, it’s not at all clear how safe it is to consume, and despite claims to the contrary, it will most likely show up in a drug test.

Delta-8-THC, like many other cannabinoids, was first identified by Roger Adams in the 1940s, and further synthesized by Raphael Mechoulam in the 1960s. Technically speaking, it’s not produced by the plant, but is rather a degradation product of delta-9-THC, often as a result of aging and storage conditions.1

Interestingly, along with delta-9-THC, delta-8 is one of the few cannabinoids considered to be intoxicating. Most cannabinoids are psychoactive and have potential pharmacological properties, but getting you high isn’t one of them. In fact, delta-8-THC has been shown to be slightly less intoxicating than delta-9-THC, with one study stating that it is two-thirds as potent.2

Because delta-8-THC only occurs in miniscule quantities in hemp and marijuana, you’re more likely to encounter synthetically produced delta-8-infused products such as oils, tinctures, different types of edibles, and even dried cannabis flowers.

Other than serving as a lighter version of delta-9-THC, delta-8 has also been researched as a potential treatment for a number of medical conditions and symptoms such as vomiting and nausea, glaucoma, pain, and inflammation. The vast majority of scientific knowledge is based on animal studies, however.

Delta-8-THC vs delta-9-THC: How it works and how it feels

Scientists believe that delta-8 is metabolized in a very similar way to delta-9-THC, and goes through the same processes.3 It has less of an affinity to endocannabinoid receptors, however, which is likely why it causes more moderate effects — and why delta-8 is often referred to as “weed light.”4

This “weed light” effect is what can make it appealing for people who have a lower tolerance to delta-9-THC, or for those looking for a lighter effect during a work day, or in circumstances that require focus and attention. But “weed light” can only account for a part of the growing popularity and demand for such products.

How is delta-8-THC made?

It’s often suggested that delta-8-THC is a naturally occurring compound that can be extracted from hemp, but in fact, it only appears in very small amounts in nature.

According to Christopher Hudalla, the founder and chief science officer of Proverde Labs, a Massachusetts-based cannabis testing company, “out of 18,000 samples of hemp, 98.5% had no measurable concentrations of delta-8-THC. Of the ones that did contain delta-8, the average concentration was only about 0.0018%”.

Although delta-8 is naturally occurring in marijuana and hemp plants (yes, they are the same plant), Hudalla told Seed and Stem earlier this year, almost all of the delta-8 on the market has been converted from CBD through a synthetic process.

While there’s at least one U.S. patent on a method for extracting delta-8 and no shortage of YouTube tutorials demonstrating the process, it’s not necessarily a good idea to consume such products. Unless it is being manufactured by a qualified company in a proper facility, the total lack of regulation means that anyone could be converting CBD into delta-8-THC in their garage without any standards or oversight.

Is delta-8-THC safe to use?

It would be unwise to assume that just because delta-8-products are available to purchase that they are safe. When it comes to safety, the two main factors to consider are production (standards and regulation) and research.

With regards to production, there are no regulations or standards, which means anyone can be making these products in their garage and distributing them with nice-looking labels in stores or online

Those labels mean very little, however, without reliable and regulated testing requirements.

Maybe the label says there’s no delta-9-THC in the product, or it says there are only natural and safe ingredients. In a regulatory framework without standards or oversight, none of this matters — you have no way of knowing whether the label information is accurate.5 This issue has been already identified with CBD products in the past.

Even if you were able to verify the production standards and active ingredients, there’s just not enough scientific literature to support the safety of consuming high levels of delta-8-THC in the long term.

Will delta-8-THC show up on a drug test?

It’s very likely that delta-8-THC will show up in a drug test, but it depends on a few factors. There are different ways to test drug levels in your body — including testing your saliva, urine, blood, or hair., Of these, urine testing is the most common and it actually tests for a THC metabolite (what’s left from THC after it’s processed in your body) named D9-THC-COOH — not the presence of delta-9-THC itself.

The most frequently used urine testing method, immunoassays, are not very reliable and can produce both false positive and false negative results.6

A second method, gas chromatography/mass spectrometry is more accurate and is often used as a follow up test to verify positive results from immunoassays. Unlike immunoassays that screen for a range of metabolites, however, the GC/MS would have to look specifically for D8-THC-COOH in order to detect it. So whether or not delta-8-THC is be detectable depends on the type of test used and on whether or not it is looking for D8-THC-COOH.7

The popularity of hemp can be traced back to the 2018 Farm Bill, a piece of legislation that effectively legalized hemp, which is defined as cannabis containing less than 0.3% delta-9-THC. Unlike delta-9-THC products that are only available (legally) in designated cannabis dispensaries, hemp products can be found anywhere on the internet and corner stores across the country.

That’s where it starts to get complicated. Many people mistakenly assume that because delta-8-THC can be derived from the CBD in hemp, this makes it legal.

The Drug Enforcement Administration (DEA) recently issued a clarification on the matter, stating that “All synthetically derived tetrahydrocannabinols remain schedule 1 controlled substances”. Delta-8-THC is included in this class of cannabinoids, and is actually listed as delta-6-THC (using different nomenclature) in the Controlled Substance Act.

Furthermore, according to the FDA, products containing cannabis-derived compounds — regardless of their source — are subject to the same authorities and requirements as other FDA regulated compounds. And since delta-8-THC isn’t approved by the FDA, it’s still considered illegal on a federal level.

The only clinical trial on delta-8-THC involving humans was done on children in Israel in 1995.

According to the researchers from that study, delta-8-THC had been shown to be at least as effective as delta-9-THC in treating nausea and vomiting in pigeons. And since it’s also less expensive to produce, “it seemed of potential therapeutic interest to investigate the antiemetic (anti vomiting) effect of delta-8-THC in patients.”8

The researchers chose to test delta-8’s antiemetic potential on pediatric patients because they believed that they could administer higher doses without causing side effects.

Though the research group was fairly small (only eight children), the researchers concluded that “the complete success in preventing vomiting due to antineoplastic treatment in children, and the essential lack of side effects, leads us to believe that delta-8-THC at a dose considerably higher than the doses of delta-9-THC usually administered to adults, can serve as a new, inexpensive antiemetic agent in pediatric cancer chemotherapy.”

Recently there’s also been growing interest in delta-10-THC, with some even suggesting it’s the next big thing after delta-8. But compared to the already lacking data on delta-8-THC, there’s even less science to support the safety and efficacy of this cannabinoid that is only recently commercially available. 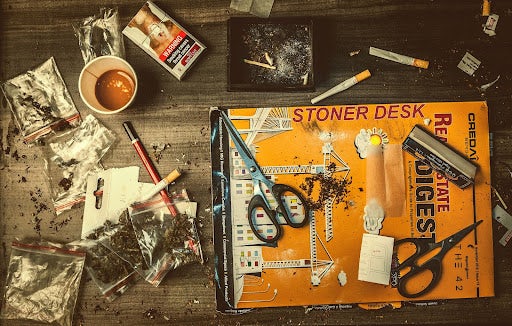 Debunking the myth: what is a stoner? 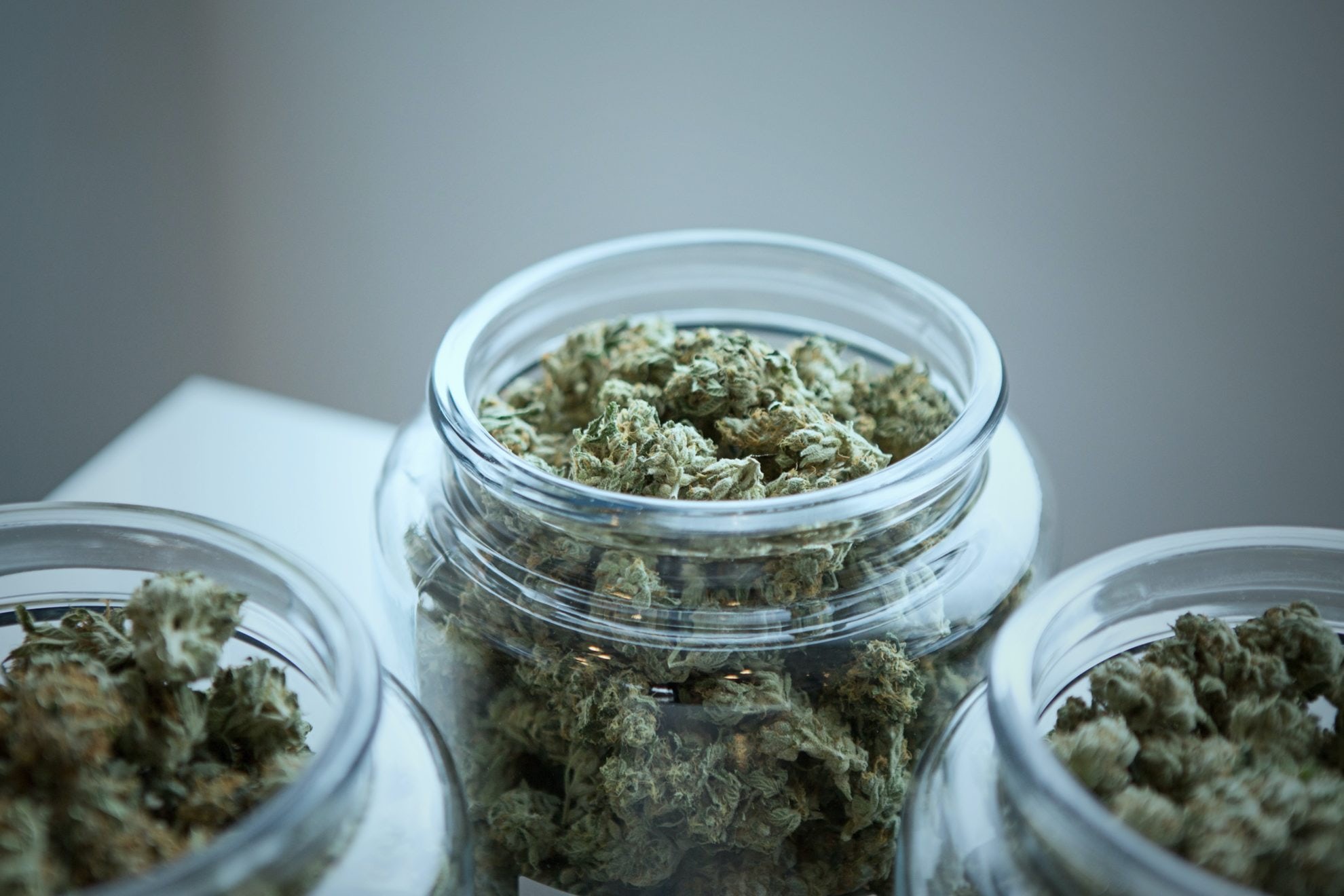 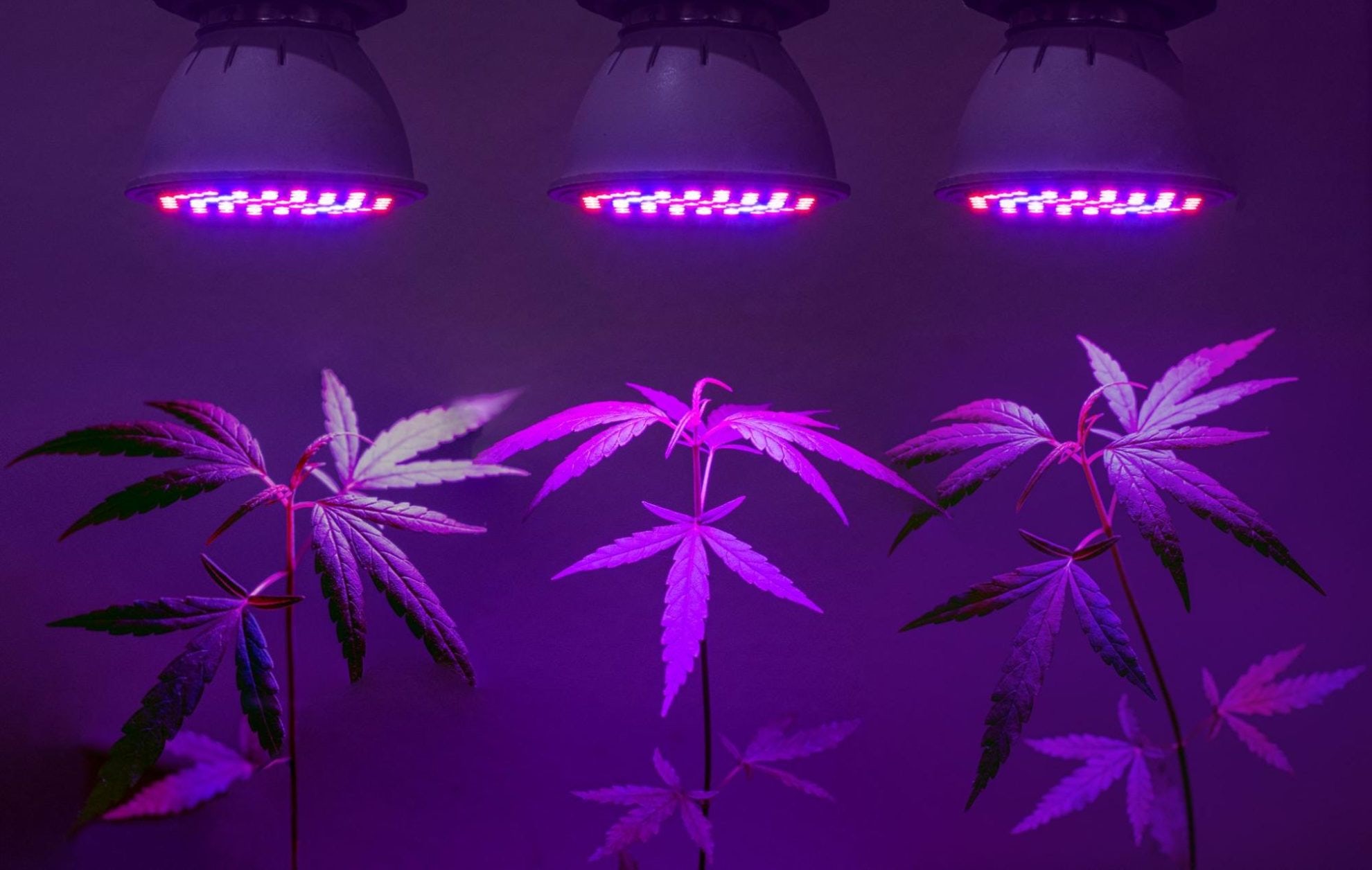 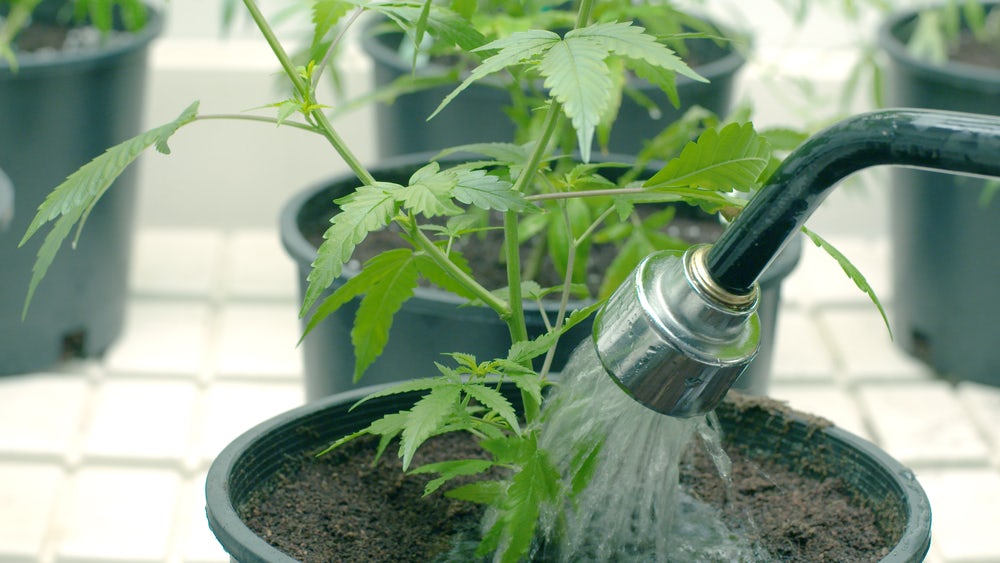 Irrigation and temperature tips for your cannabis plant 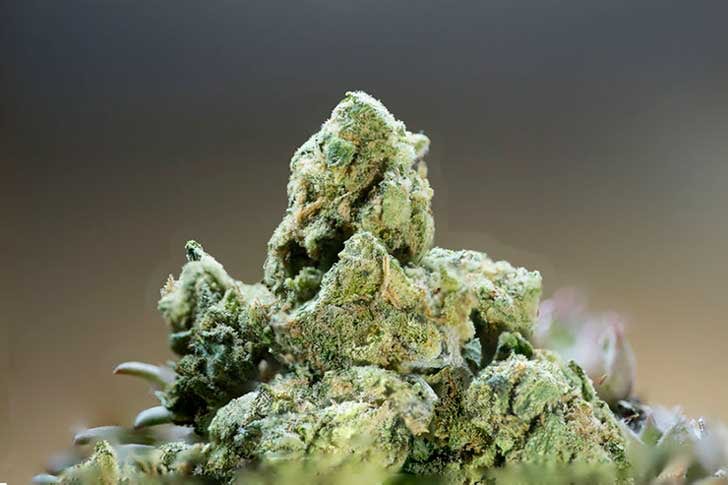 What is haze? Know your cannabis strain

Previous Article Can you really snort cannabis? Next Article Is Europe falling behind?
The Cannigma uses cookies to improve your experience and to show you personalized adsACCEPTPrivacy Policy
Manage consent