Home Delivery What is nanoemulsion and what does it mean for cannabis beverages?

Home / Delivery / What is nanoemulsion and what does it mean for cannabis beverages?

What is nanoemulsion and what does it mean for cannabis beverages? 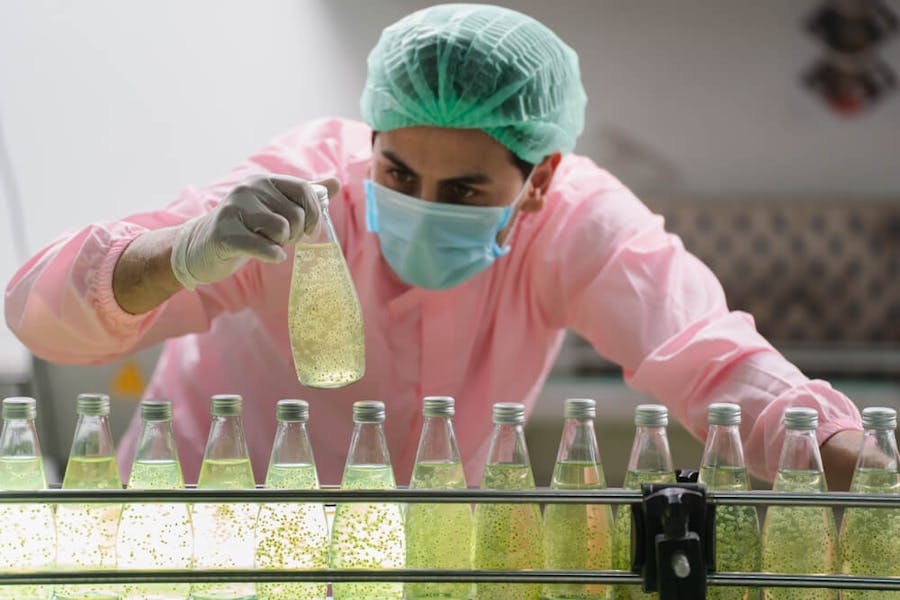 What if, instead of an hour, edibles were able to kick in within 10-15 minutes? Say hello to nanoemulsion. (Shutterstock)

Cannabis drinkables offer the promise of a better THC experience — the perfect happy hour libation with friends or colleagues — without any smoking or vaping needed and no hangover the next day. But until recently, the promise of cannabis in your cup has been thwarted by science — mainly, how to speed up the onset of the liquid marijuana high.

That’s where nanoemulsion comes in. The technology has turned cannabis beverages, or drinkables, into a much more pleasant and effective experience — most importantly, with their rapid onset of effects. Those benefits could soon extend to other types of cannabis products as well.

One of the reasons that the pot brownie is the iconic cannabis edible is because THC  is fat soluble, which makes infusing it in fats such as butter or oil a relatively simple process. Because it is not water soluble, it is not absorbed rapidly and takes much longer to be metabolized by the body, which is why it can take well over an hour for edibles to kick in.

But a delayed onset is only one challenge with cannabis beverages. Because it is not water soluble, THC won’t seamlessly blend into most beverages. Instead, when simply mixed into water it can have a chunky consistency, which isn’t exactly what your typical consumer is looking for.

Nanoemulsions are mixtures in which one substance is dispersed through another. They require a process in which THC or other cannabinoid particles are reduced to nanoscopic  size that allows them to then be mixed with water or other aqueous liquids.

Nanoemulsion formulations are increasingly being used in the food industry for processing and include the implementation of many active components, flavoring agents, artificial color, preservatives, antimicrobial agents, and more, into food and beverage products. There is not extensive safety data available, however.

Nanoemulsions can improve the bioavailability of pharmaceuticals and their uptake, and require less energy to break them down. They can also improve the penetration of topical solutions  through skin lipids.

What nanoemulsion means for cannabis products

Nanoemulsion technology has the potential to revolutionize the cannabis industry by making better, more effective, fast-acting, and more convenient edibles.

According to Jay Spall, the Chief Science Officer of ALT, which makes THC and CBD infused cannabis liquids, there is a range of different cannabinoid emulsions that can be used to manufacture cannabis beverages, but “for a consistent consumer experience with a rapid onset time and offset time, nanoemulsions is the ideal choice.”

This doesn’t mean it’s an easy proposition, though. According to Spall, “making a shelf stable nanoemulsion for the end consumer requires a great deal of precision chemistry in determining the ideal ratios of ingredients.”

Hundreds if not thousands of hours of experimentation and development may be required, and doing so “at a large scale with precision is not just science but an art form,” he added.

The nanoemulsion method ALT uses is effective for all cannabinoids, not only THC, he said.

Because traditional edibles have to make their way through the digestive tract to the liver — where THC is metabolized — it can take well over an hour to feel the effects. And if you’ve just had a large meal or you have a slower metabolism, it can take even longer.

While this waiting game can be a fun part of taking edibles, it can make them less conducive to social settings. The delayed onset can also make edibles more of a weekend treat and not a dosing method suitable for people who are looking for a fun, weekday happy hour experience.

According to the National Cannabis Industry Association, nanoemulsions can drop the onset time for THC to under 10 minutes. This is because nano-sized droplets can penetrate the mouth, throat, and stomach and into the bloodstream without having to make it through the entire digestive tract to the liver. And once the nanoemulsion makes its way to the small intestine, it is more completely absorbed by the body.

Now, imagine that the average potent edible has you feeling the effects for 4-6 hours. If you leave an hour or so for the onset, that may require blocking out the whole night, which may lead you to just smoke a bowl and call it a day. But if that onset is dropped down to 10 minutes? That’s a whole new ballgame.

Perfecting the consistency of cannabis beverages

As one-taster put it in a 2018 Rolling Stone article, drinking a cannabis beverage that had not been through nanoemulsion “tasted kind of like I was drinking milk that had been sitting in the refrigerator for two or three months.”

Spoiled milk may be a bit extreme, but picture the bottle of vinaigrette in your fridge after the oil separates from the rest of the liquid and never quite consolidates again even after you shake it.

With nanoemulsion, the cannabinoids can blend with the base liquid seamlessly, creating an enjoyable experience that does not evoke curdled milk or salad dressing.

Nanoemulsion and the bioavailability of cannabis

Bioavailability refers to how much of a substance can be absorbed and used by the body at its intended destination. The various methods of cannabis consumption have different levels of bioavailability. One study from 2005 stated that oral THC “is only 4% to 12% bioavailable and absorption is highly variable.”

Research has shown that nanoemulsions are very effective at increasing the bioavailability of non-water soluble ingredients similar to THC and other cannabinoids.

CBD nano technology has already been shown to be effective in boosting the bioavailability of the cannabinoid, which bodes well for others like THC. In other words, it has the potential to make cannabis drinkables more potent and more effective.

Another reason that nanoemulsion can improve dosing is because it creates uniform distribution of cannabinoids throughout the liquid. This way, each sip will have the same amount of cannabinoids, and won’t be akin to chugging a sip of shaken vinaigrette.

Cannabis tinctures are an effective delivery method, but their preparation requires soaking cannabis flower in alcohol. Highly-concentrated cannabis oil can also be put in a dropper bottle for easy dosing, but what about when you want a water soluble solution without alcohol?

Nanoemulsion is one of the methods used to create water-based cannabinoid tinctures that don’t require a harsh solvent like alcohol, and can be seamlessly dropped into beverages like coffee, tea, you name it.

Also, while most people associate nanoemulsions with cannabis beverages, they can also boost the bioavailability and shorten the onset time of traditional, solid cannabis edibles like brownies.