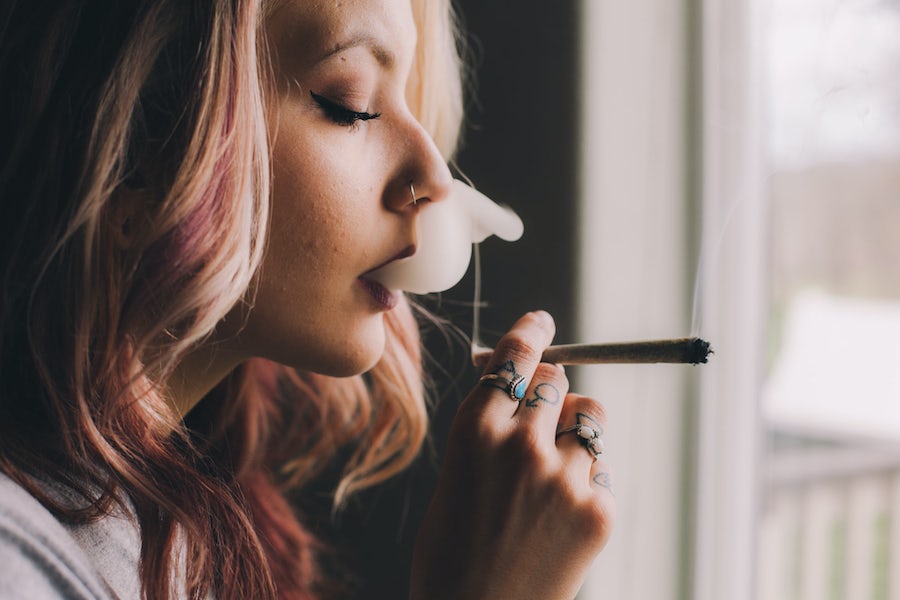 The survey suggests men and women use cannabis for different reasons, with women more likely to use it as a substitute for prescription medications (Shutterstock)

Women are more likely to use cannabis as a substitute for prescription drugs, according to the findings of a new survey performed by The Cannigma.

The survey was sent out to thousands of Cannigma users by way of a newsletter, and most of the respondents came from the United States.

The survey was compiled by Amanda Reiman, PhD MSW, founder of Personal Plants and a cannabis policy expert and social ethnobotanist. Reiman has conducted a number of previous studies on cannabis, including on the subjects of dispensaries, patients and the use of marijuana in addiction treatment. She also served as the first chairwoman of the Medical Cannabis Commission for the City of Berkeley.

About 85% of the participants in the survey were from North America (78% from the US), and the rest are from countries including Australia, New Zealand, Portugal, Jamaica, Ireland, Greece, Belgium, the Netherlands, Sweden, Peru, and Mexico.

When asked what she was hoping to learn with the questionnaire, Reiman described a desire to highlight the sort of use cases that don’t fit into the narrative fostered by people who are opposed to cannabis legalization or the use of cannabis for medical purposes.

“Most of the research on cannabis focuses on “problematic use” meaning, use among vulnerable populations (like teens) and use that leads to harmful outcomes. It is important to acknowledge that there is regular, non-problematic cannabis use. This survey aims to dig deeper into this population by examining their motivations for use,” Reiman said.

Reiman also said that she hopes to be able to unpack the issue of who is considered a medical cannabis patient, and how relative the term can be.

“Among people who regularly use cannabis for non-medical purposes, what are their motivations for use? My hypothesis is that, even though they do not consider themselves medical consumers, their motivations will have therapeutic components.”

Reiman added that she believes that the fact that people are reporting 1-2 sessions of consumption per day even when they consume 7 days a week “shows a pattern of self-moderation.”

The questionnaire joins a prior body of research into the gender differences in the use of medical cannabis, and shares some similar findings from at least one study.

A 2021 cross-sectional online survey of 361 medical cannabis users in Illinois found that women “were significantly more likely to increase the use of cannabis after acquiring an MC card, and to discontinue prescription medications through MC use.”

The researchers added that “being a woman, using MC to treat multiple symptoms, and reporting higher levels of support for MC use from a primary care provider significantly increased the likelihood of discontinuing prescription medication through MC use.” 1

One 2021 study looked at the results of four double-blind, placebo-controlled studies to compare the effects of vaporized and oral cannabis in male and female participants. They found that females “exhibited greater peak blood 11-OH-THC concentrations and reported greater peak subjective ratings of “drug effect.” 2

They also found that women rated significantly higher feelings of “anxiety/nervousness,” “heart racing,” and “restlessness” compared to men. This effect may be related to women’s hormones, and the presence of estrogen plays an important role in mediating the endocannabinoid system.

The researchers said that the findings indicate that public health messaging and clinical decision making around the use of cannabinoids “should recommend lower starting doses for females.”

Other studies have found that the intake methods preferred by men and women can differ. For instance, a Canadian study from 2019 found that men are more likely to vape cannabis (15.8% of men vs 10.8% of women), and also, several times more likely to drive when under the influence of cannabis. 3 4

All in all the evidence continues to suggest there are substantial differences in the way women and men experience cannabis, and this survey further highlights how women may be utilizing cannabis differently than men.

The studies did not mention if they were more or less likely to stop and ask for directions.

Psychedelics This app-guided psychedelic treatment works when antidepressants don’t
Previous Article What is PGR cannabis and how can you spot it? Next Article What does ‘full spectrum’ cannabis mean and why is it important?
The Cannigma uses cookies to improve your experience and to show you personalized adsACCEPTPrivacy Policy
Manage consent