Home Plant
What is PGR cannabis and how can you spot it?
7 min read 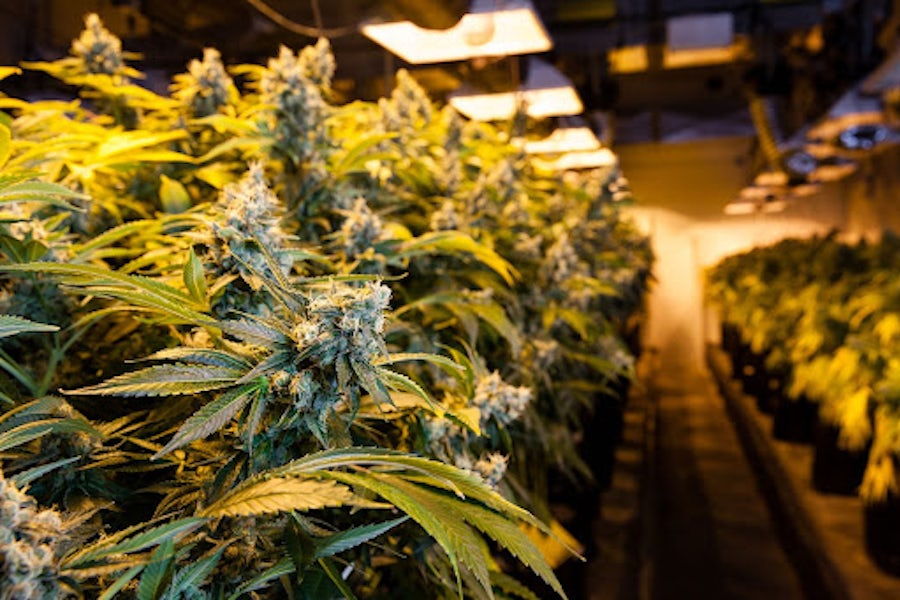 With PGR cannabis, artificial hormones pump up bud growth, but the results include a weaker and potentially contaminated flower (Shutterstock)

In the mad scramble to capitalize on the higher demand for weed due to increased legalization, some cultivators have resorted to questionable growing methods. Arguably, the most notorious of these “cultivation hacks” is the use of PGRs. Short for “plant growth regulators,” PGRs are artificial hormones that can alter a plant’s development. The good news is, they are frequently employed to help increase cannabis bud production. The bad news is, these PGRs may seriously alter the flavor of cannabis, and questions remain about the effectiveness and safety of PGR cannabis.

As demand for high-THC cannabis continues to climb, PGRs will become an increasingly hot topic in cultivation circles. With this in mind, consumers deserve to know how their cannabis is grown and what they’re putting in their bodies.

PGR weed vs. natural weed: is there really that much of a difference?

According to a recent review in the ​​Journal Drug Testing and Analysis, pesticide contamination is a growing problem in cannabis. On a molecular level, researchers have found traces of various pesticides and PGR molecules in various samples of cannabis. Therefore, if someone is consuming PGR weed, these chemicals are surely getting inside the body–the effects of which are largely unknown. 1

But PGRs don’t merely change the chemical structure of weed. According to most anecdotal testimonies about PGR cannabis on Reddit, this weed has a distinctly different flavor, effect, and texture than naturally-grown weed.

Since PGRs work by interfering with the natural hormones of the plant, it’s no wonder these buds often have depleted cannabinoid and terpene concentrations. Instead, what customers get are artificially dense nugs with mild trichome counts. Likely, you won’t feel the same level of a high or smell any dankness with PGR weed.

There won't be a THC 'limit' for driving in California

Cannabis cultivation checklist: all you need to know to make your plants thrive

How to identify PGR weed: a few tell-tale signs

Even though the above advice may help you identify PGR weed some of the time, it will not always be clear if cannabis has had PGRs added. Some cannabis cultivars are just extra covered in pistils or naturally extra dense. There is no sure visual assessment, but if it walks like a duck and quacks like a duck, then you might want to figure out who grows the duck and ask them if it has PGRs.

Is PGR weed bad for you?

There aren’t too many scientific studies analyzing PGR weed in particular. However, many countries ban the use of PGRs commonly found in marijuana, especially daminozide. So, it’s safe to say PGR cannabis isn’t the best thing to be putting inside your body.

Anecdotal evidence has speculated that these PGRs, one in particular known as paclobutrazol, may transform into chemicals called “nitrosamines” when combusted alongside the positive components in cannabis. Nitrosamines are the same carcinogenic compounds in standard cigarettes, and they may increase cancer risk. Unfortunately there are no reputable studies looking at the components of PGR smoke vs natural cannabis smoke.

What other crops have PGRs?

Nowadays, you’ll most often find PGRs in non-edible (and non-smokable) flowering plants. In fact, the University of Michigan has an entire list of popular plants that can use PGRs for optimal flowering.

However, that doesn’t mean PGRs can’t creep their way into edible food. For instance, a study from Vietnam found mustard greens contained significant traces of many dangerous PGRs. Researchers noted the levels of PGRs like gibberellins (a naturally occurring plant hormone) were well above acceptable levels in many Western nations. 5

Currently, each country has different standards for acceptable PGR exposure. There are also different laws surrounding each PGR. Until there’s greater clarity on a multi-national level, it’s important to check your local laws to determine the latest legal levels for PGRs, in your weed, food, or decorative plants.

What are the standard PGRs in weed?

If a cultivator used a PGR, it most likely has one of the following: paclobutrazol, daminozide, or chlormequat chloride. Of these three, paclobutrazol is the most common. According to the latest reports, this PGR works by interfering with natural cell growth. Instead of elongating, cannabis cells divide rapidly to create artificially dense nugs. While this increases total weight, it interferes with natural cannabinoid and terpene production.

As mentioned above, there’s evidence that paclobutrazol has long-term health effects on male reproduction and liver health. Paclobutrazol may also turn into a carcinogen when it’s heated.

Daminozide is the next most common PGR in weed. Daminozide may increase cannabis bud structure by cutting off growth pathways to the plant’s stems and leaves. Banned by the US EPA for use in food crops, daminozide is permitted for use in ornamental plants but is still listed as a carcinogen in California and considered by the EPA to be a probable human carcinogen.. Another name you may also see for daminozide is Alar, which was the brand name the product was sold under..

Although chlormequat chloride isn’t as well studied as daminozide and paclobutrazol, but can have a similar effect overall by retarding effect on stem and leaf growth. There are substantial concerns about the safety of chlormequat chloride exposure in humans, but the EPA still permits its use in crops not intended for human consumption. US health authorities believe high doses of chlormequat chloride could provoke significant eye, throat, and heart issues.

Do cannabis farmers need to use PGRs?

PGRs aren’t essential for healthy cannabis growth. Sure, these chemicals make growing big buds easier, but there are other ways farmers could increase yields or profits without putting consumers’ health at risk.

Indeed, it’s worth mentioning that not all PGRs are bad. The type of PGRs mentioned above are non-organic compounds. There are, however, plenty of more natural, non-toxic PGRs that stimulate plant growth. A few examples include:

These are all generally considered safe and can have effects similar to the synthetic PGRs.

There’s also fascinating research taking place in using plant growth-promoting rhizobacteria (PGPR) to positively influence a cannabis plant’s growing environment. You could think of these bacteria as “probiotics” in the plant world. While these friendly bacteria may not directly stimulate growth, they seem to offer benefits like increased nutrient absorption and higher resistance to mold. 6 Experimenting with PGPRs appears to be a safer, more natural way of increasing yield without resorting to unnatural PGRs. 7

But beyond what goes into a cannabis grow medium, cultivators need to consider how they’re growing this plant. Recent reports suggest PGRs are more likely in artificial growing environments. Indeed, most cultivators who rely on PGRs are growing their cannabis indoors in hydroponics systems. By contrast, people who grow cannabis outdoors have a lower incidence of using PGRs.

Beyond that, some farmers are not even aware they are applying PGRs because some yield enhancing products contain them but they are unlisted. This is a violation of EPA regulations and labeling standards, but the cannabis plant nutrient market in a highly competitive and farming, even cannabis farming, is notorious for having tight margins. Some farmer will use any product they can to maximize their return on their long, laborious investment.

Therefore, increased investment in techniques like regenerative outdoor farming may also help to reduce the need for excessive PGR use. While it’s not possible to grow cannabis outdoors in all environments, it’s worthwhile learning how regenerative farmers work with the land to produce their signature, artisan-grade buds.

Where is PGR weed most often found?

The chance you’ll see PGR weed in your community depends on the literal climate and the legal climate. Generally, if a state has relaxed weed laws and a favorable environment for outdoor cannabis cultivation, there won’t be as much PGR weed. For instance, PGR weed in California is relatively rare thanks to its Mediterranean climate, recreational weed laws, and strict policies against using fertilizers without PGR listings. Also, since states like California have robust seed-to-sale tracking, customers have a better chance of finding organically-grown weed strains.

By contrast, countries like the UK and Australia have a noticeable problem with PGR weed. Even though many Australian provinces have an excellent climate for growing weed, cannabis laws remain strict and the black market continues to thrive. Since black market growers don’t have to meet regulations or pass pesticide tests, they often use PGRs to maximize profits.

The final word on PGR weed

The first step towards combating PGR weed is to spread awareness. The more people understand the consequences of using PGRs, the more likely there will be a shift towards more sustainable cultivation practices. Public pressure could also force cannabis growers to publish third-party lab results with PGR percentages. These reforms, plus an increased focus on regenerative growing techniques, should help the cannabis industry scale without resorting to harmful chemicals.

The best fertilizers and nutrients for growing marijuana in 2023

The best grow lights for cannabis in 2023

‘Cannabis is letting me live longer’ 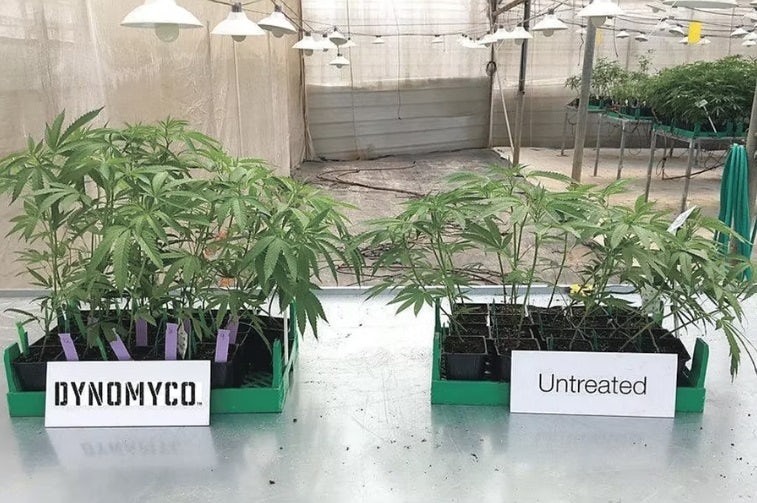 The one thing you can do to improve your homegrow 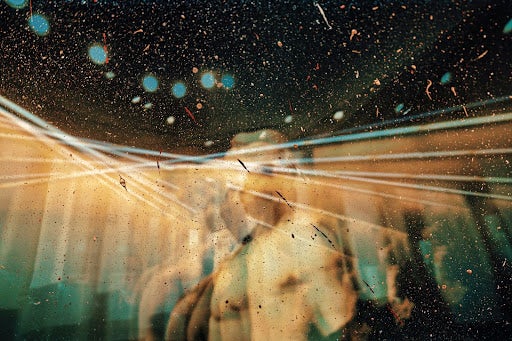 Shrooms vs weed: the difference between magic mushrooms and cannabis 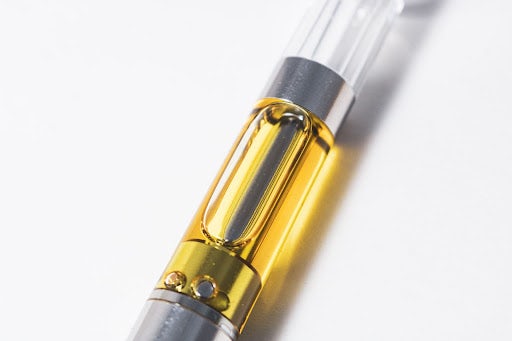 What is HHC and how does it affect the body? 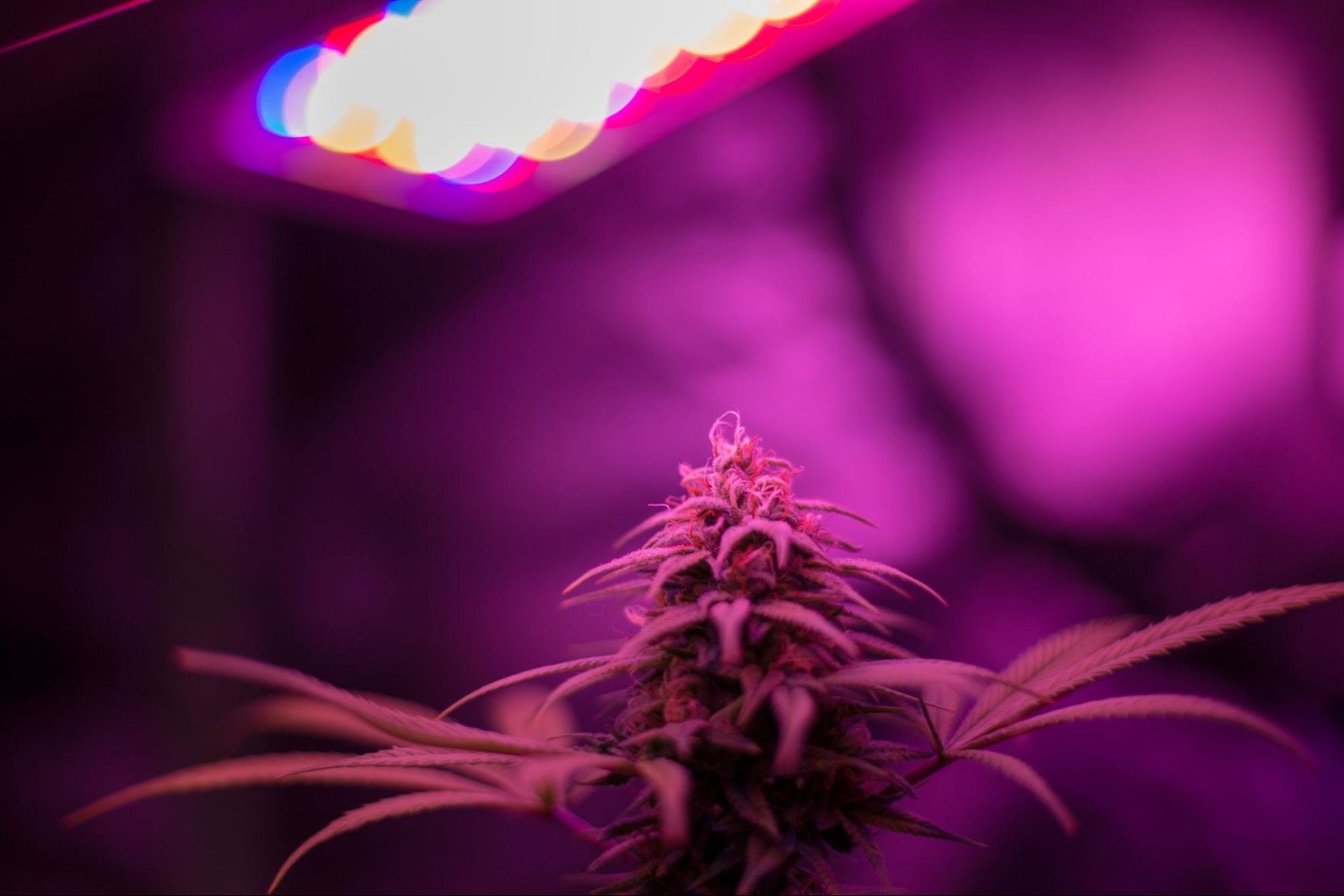 What size light do I need for my cannabis grow tent? 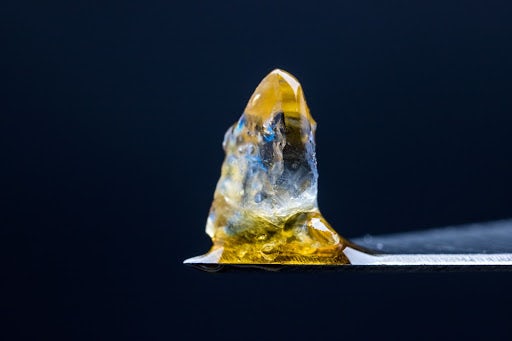 Products The 4 best doob tubes of 2023
Previous Article How to bake with cannabis + 5 tasty recipes Next Article Women more likely to substitute prescription drugs for cannabis, survey says
The Cannigma uses cookies to improve your experience and to show you personalized adsACCEPTPrivacy Policy
Manage consent