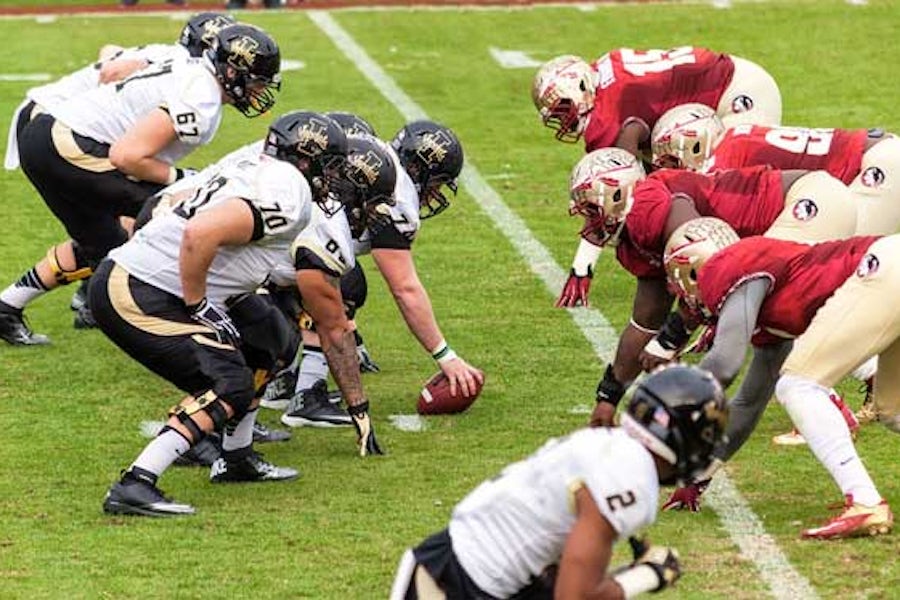 It is unlikely that the National Collegiate Athletic Association (NCAA) will follow the example of professional sports baseball and hockey leagues in lifting the ban on marijuana use by athletes, the head of a national college athlete advocacy group told the Cannigma this week.

“I don’t think that’s likely, but what I would hope they do is take a closer look at how this [cannabis] can benefit athletes medicinally and at least allow a medical exemption to apply in the case of cannabis, that would be progress,” said Tim Nevius, a lawyer and former investigator for the NCAA who now serves as the executive director of the College Athlete Advocacy Initiative.

Nevius did add that recent changes in the testing threshold for THC and easing of the penalties for marijuana use “show some recognition that the times are changing and that marijuana perhaps isn’t as harmful as its been treated throughout history, but there still isn’t drastic movement I would say in that area.”

This is largely because the NCAA “can be slow to change,” Nevius said,  and is a large bureaucracy. Unlike pro leagues like the National Baseball League, which are centered mainly in large cities, the NCAA is spread out across the country. Its roughly 1,200 institutions of higher education including many that are in much more conservative and rural parts of America.

Changes in testing and punishments

According to the NCAA, since 2017 their drug-testing partner, Drug Free Sport International has tested 675 student athletes for THC and 78 have tested positive. Of these, the NCAA said 40% were lower than 50 nanograms.

That move followed a decision by the NCAA in 2014 to reduce the penalty for a positive marijuana test from a full season suspension to a half season. The NCAA also stated at the time that that “street drugs” like marijuana “are not performance-enhancing in nature,” thus acknowledging that they should be in a different banned substances category from those that provide athletes with a competitive advantage over their peers.

The NCAA did not respond to numerous requests for comment for this article.

Nonetheless, the organization has expressed negative views on marijuana use in the recent past. In a powerpoint it circulated in 2017, entitled “What Student-Athletes Need to Know About Marijuana,” the NCAA outlined many of what it described as the “impact of marijuana on performance and health.” These include a section entitled “motivation” that states “marijuana can decrease motivation to perform,” and “underestimating the impact of marijuana on sport performance is a mistake.”

A broader trend in sports

In recent years, a number of pro-sports leagues have adopted more tolerant measures regarding the use of cannabis.

Under the NBA’s collective bargaining agreement players who test positive for marijuana are only suspended on the third offense, and in June 2019, NBA Commissioner Adam Silver said “if they [basketball players] want to smoke pot, whatever, it’s legal in a lot of states. We have no issue with that.”

In March, the National Football League and the NFL Players Association (NFLPA) reached an agreement under which “violations of law for marijuana possession generally will not result in suspension.”

And in late 2019, Major League Baseball voted to stop testing players for THC, joining the National Hockey League as the only other major professional sports league in the United States to allow cannabis use.

The harms of prohibition in college sports

The cause of greater tolerance for marijuana in the NCAA made the news in early March, when Oklahoma Head Football Coach Lincoln Riley told reporters during a press conference that when it comes to the laws and cultural acceptance surrounding marijuana “everything’s changed. And I think we’ve got to continue to adapt, too.”

Riley called for dealing with the issue “from a student-athlete welfare perspective” and proposed that student-athletes who use marijuana could be treated like those who abuse alcohol, with a focus on counseling and looking at it “more from a wellness angle.”

Riley added that for players who have tested positive for marijuana “you’re talking about things that can be very, very devastating to these guys — their careers, their scholarships. Obviously when something like that happens in this day and age word tends to leak and can really damage or destroy reputations. It’s made it kinda the elephant in the room that nobody wants to talk about.”

Regardless of the likelihood of any sweeping changes in regard to marijuana policy, the NCAA is already this week facing a new reality.

Nevius, the student athlete advocate, also raised the issue of players who use legal, prescribed non-psychotropic cannabis products for medical purposes, and who could nonetheless still face disciplinary action. He mentioned in particular the case of an Auburn football walk-on whose family said he was denied a roster spot after he tested positive for marijuana, due to a CBD oil he uses to treat seizures caused by his epilepsy.

On Monday, the NCAA suffered a major legal setback when the Ninth Circuit U.S. Court of Appeals unanimously ruled that the NCAA’s policies prohibiting student-athletes from being compensated are anti-competitive. The ruling upheld a previous one made by a U.S. District Court Judge in March 2019 that stated that the NCAA had violated antitrust law and could not “limit compensation or benefits related to education.”

Under the decision, college recruits will be able to receive more than the “free ride” athletic scholarships they already receive. They will be able to also receive additional compensation for “non-cash education-related benefits and academic awards.” The ruling does not require institutions to actually pay athletes for playing sports.

In late April, the NCAA’s Board of Governors announced that it supports allowing “student athletes to receive compensation for third-party endorsements both related to and separate from athletics.”

This would not entail actual direct payments from the universities, but would allow them to receive compensation from personal appearances and social media, as well as business endeavors that they launch.