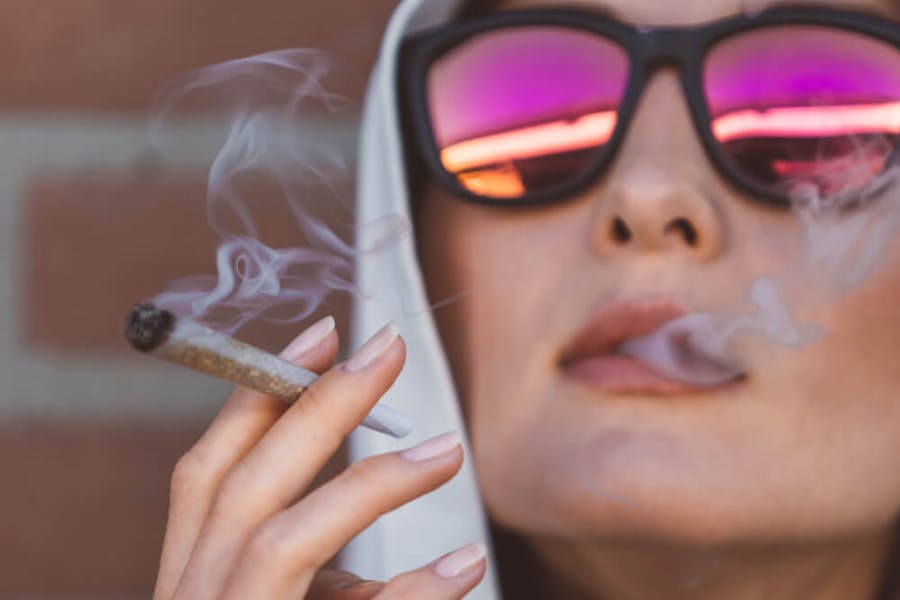 In the hard work of changing minds, having a strong command of the facts can be the difference between success and failure. (Shutterstock)

One of the most important building blocks of being an effective advocate is being able to drive the conversation. When it comes to cannabis and the struggle for legalization, improving access, and changing hearts and minds, advocates often find themselves up against decades-old myths, misconceptions, and stereotypes that have been delivered from authoritative sources for so long that for many people they supplant the truth.

When doing the hard, face-to-face (or online) work of changing minds — be it with your elected representatives, parents, neighbors, or even your doctor — having a command of the facts can the difference between success and failure.

Because that work is something we all need to engage in if we want to ensure that the stigmas and prohibitions of yesteryear are left behind, here are five of the most important and useful facts and talking points you can use. Oh, and it’s all backed by science. (You can check our work!)

Yes, you read that correctly. The FDA has approved (separate) drugs with the active ingredients THC and CBD.

Dronabinol, the pharmaceutical name for Δ9-tetrahydrocannabinol (THC), has been an FDA-approved drug for over 35 years — for chemotherapy-associated nausea, and later for AIDS-related anorexia. While the approval covered a synthetic version of the most famous cannabinoid, it is chemically indistinguishable from the version naturally produced by the cannabis plant.

Consuming THC with the other chemicals in the cannabis plant? No-go, say the Feds. The problem with that, as millions of medical cannabis patients can attest to, is that THC is far more effective and pleasant when combined with other cannabinoids and terpenes — a phenomenon referred to as the entourage effect. (Which is one of the things that makes cannabis so unique as a medicine.)

The FDA incorrectly thought that approving Marinol, the brand-name version of Dronabinol, “would obviate the need for medicinal forms of cannabis,” Dr. Ethan Russo explained on a recent episode of The Cannabis Enigma podcast.

The problem, Dr. Russo continued, is that “THC on its own is a lousy drug. It’s very poorly tolerated, it’s very disorienting. It tends to produce dysphoria rather than euphoria, and anyone who has tried both will tell you that it’s totally different to the effects that people get from cannabis.”

With CBD, the federal agency’s seal of approval is even more resounding. Instead of only approving synthetic versions, like it did with THC, in 2018 the FDA greenlighted cannabidiol (CBD) derived from the cannabis plant as an approved medicine — under the brand name Epidiolex — as a treatment for rare forms of childhood epilepsy.

So while the cannabis plant is still scheduled as a dangerous drug under federal law in the United States, the world’s premier government drug safety agency recognizes and allows the use of its two primary ingredients in other forms. Put that in your pipe and smoke it.

Fact #2: Nobody has ever died of a cannabis overdose.

This one bears repeating anytime somebody says we don’t know enough about the safety of cannabis: There is no scientific proof that anyone has ever died from a cannabis overdose. Not one person — and people have been using it for thousands of years. In nearly any imaginable dose or quantity, cannabis simply does not have the potential for deadly excess.

As one US judge wrote, citing medical research, it would take consuming around 1,500 pounds of cannabis within 15 minutes. Good luck with that.

Compare that to other substances and drugs about whose safety profiles we know plenty. “Overdoses involving opioids killed nearly 47,000 people in 2018, and 32% of those deaths involved prescription opioids,” according to the Centers for Disease Control. “Excessive alcohol use is responsible for more than 95,000 deaths in the United States each year, or 261 deaths per day,” according to the CDC.

That said, there is such a thing as a cannabis overdose — better known as “cannabis toxicity.” But it’s far from fatal. A cannabis overdose most commonly leads to symptoms such as temporary paranoia, anxiety, panic attacks, increased heart rate, and nausea. More or less what many may refer to as a “bad trip.”

Considering that cannabis is often used medically to treat many of the same conditions as potentially deadly medications like opioids and others that can carry severe side effects, cannabis is incredibly safe.

While the side effects of THC can be uncomfortable, pharmacist Dr. Melani Kane told The Cannigma last year, “they’re not life threatening in any way, shape or form. It’s definitely the safest drug I’ve ever dispensed.”

Fact #3: The overwhelming majority of people who try marijuana do not go on to use hard drugs.

We’ve all heard the warnings, be it in Reefer Madness or from a school DARE officer: Even if cannabis isn’t as dangerous as drugs like cocaine or heroin (see Fact #2), it will set you on a path that leads directly to those drugs and their often life-destroying consequences

This myth, which can be better classified as propaganda, confuses correlation and causation. Cannabis is the most widely used and oftentimes most accessible substance of its type, so it only makes sense that people eventually end up using drugs like crack cocaine, crystal meth, or heroin, first tried marijuana.

So, yes, studies have found that “very few youths progress to other illicit drugs without prior experience with marijuana,” and that using cannabis at a young age “may reduce perceived barriers against the use of other illegal drugs and provide access to these drugs.”

What they usually don’t mention, however, is that researchers have also noted that other factors such as mental illness, genetics, and environmental factors can increase the likelihood of hard drug use and that efforts to prevent adolescent drug use must “assess the underlying mental illness predisposing young people to early drug use.”

Mainly though, the folly of the gateway drug myth lies in the fact that it doesn’t factor in any personal, familial, or societal factors that can make one more likely to use or abuse hard drugs. Instead, it casts marijuana as the culprit.

Regardless, and for entirely different reasons, there is fairly broad scientific consensus that early adolescent recreational marijuana use should be discouraged.

Fact #4: There are many, many types of cannabis. It’s more than just one thing.

There are over 500 active chemical ingredients that have been identified in cannabis, including at least 146 cannabinoids like THC and CBD. Each chemovar (think “strain”) has different combinations and ratios of those chemicals, and everything from growing conditions to how cannabis flowers are stored can further affect its chemical profile. Now consider that there are thousands of different cannabis chemovars out there.

While our ability to tailor a specific cannabis product to individual patients or medical conditions and symptoms is still in its infancy, cannabis researchers are certain that “we really haven’t seen the capabilities of cannabis properly harnessed at this point.”

Without even getting into the properties and effects that varying types and levels of terpenes can have, the different levels and proportions of cannabinoids like THC and CBD can cause a cannabis chemovar to have significantly different therapeutic (and recreational) effects.

While the nomenclature of cannabis is still stuck in the era of prohibition, wherein there was simply good weed and bad weed or indica and sativa, there are many professionals, scientists, and medical experts who are trying to create a new framework for discussing different types of marijuana.

One proposed system divides cannabis into three types. Type 1 cannabis varieties are high in THC and low in CBD. Type 2 has a more balanced ratio of THC and CBD (often called 1:1). Type 3 is dominant in CBD and low in THC. All three have therapeutic value, can be better or worse for specific patients and conditions, and can have different effects on the body.

And that’s without getting into the regulatory definitions that arbitrarily separate cannabis into “hemp” and “narcotic” marijuana based on their THC content.

Fact #5: There’s an entire system in the human body that interacts with cannabis.

You may be wondering why we left this for last, because this is about to get crazy. Human beings, and every vertebrate on Earth, have something called an endocannabinoid system with bits and pieces appearing in cells all over our bodies. It’s in the brain, the immune system, the liver, the skin, the eyes — pretty much everywhere.

The endocannabinoid system helps regulate and harmonize a host of basic body functions like pain perception, anxiety, memory and learning, appetite, temperature, reproductive function, and even heart rate and blood pressure. And there’s a reason it has cannabis in its name.

While our body creates its own “cannabinoids” that interact with and activate the endocannabinoid system, so does the cannabis plant. In fact, scientists discovered the plant-based versions of cannabinoids decades before they figured out that the body makes them too.

The endocannabinoid system is thought to be the reason that cannabis is able to treat so many symptoms and conditions. The human physiology already has the infrastructure and knowledge for how to put cannabis to work when it enters the body — it’s as if we’re made for each other.

Scientists are still in the early stages of understanding all the ways the endocannabinoid system — and plant-based cannabinoids, in particular — can be used medically. It is so new, that only in recent years has it even begun to be taught in medical schools. What we know for certain is that the potential is enormous — and we’re only getting started.

Previous Article Cannabis helps, say over half of Parkinson’s patients who use it Next Article What is kief and what should you do with it?
The Cannigma uses cookies to improve your experience and to show you personalized adsACCEPTPrivacy Policy
Manage consent