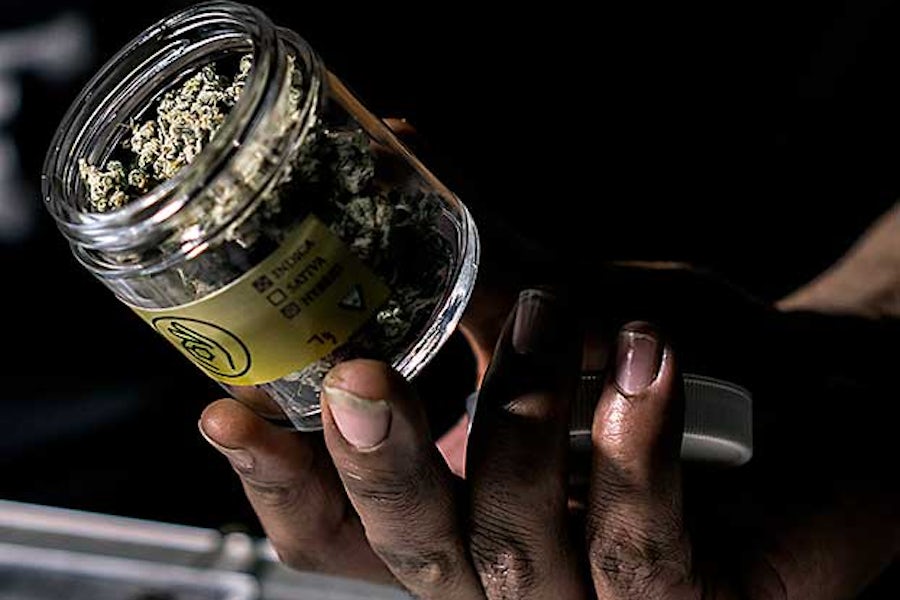 Since the medical marijuana industry launched in earnest nearly a year ago, it’s given rise to numerous activist and nonprofit organizations working on behalf of patients and employees.

Those groups promote the industry, and seek to increase access to medicinal cannabis and offset its cost.

Compassionate Alternatives, for example, helps patients pay for a doctor’s recommendation, which costs as much as $300.

Anthony Hendren, 42, said Compassionate Alternatives helped him through every step of the process to receive medical marijuana. The Streetsboro man experiences chronic pain stemming from injuries suffered in multiple car accidents. Wary of opioid painkillers, he wanted to try cannabis.

“Talking with Emilie and finding a date and time to set up an appointment, that worked really smoothly,” Hendren said.

The group also went out of its way to make sure he understood the process, he said.

“It’s very rare that you get help that comes with that level of knowledge,” he said.

Medicate OH is an online cannabis news outlet that publisher and co-editor Gabrielle Dion Visca founded because she perceived a lack of independent coverage of the industry. The site produced its first content in June, and Dion Visca said she’s working on acquiring nonprofit status.

“My vision is to help Ohio medical marijuana patients learn what products are available, when they’re available, how to legally use them and really tell the story of how the program is working,” Dion Visca said. That information “is not in one source, and there’s a lot of information floating around on Facebook that’s hearsay or is just flat-out wrong.”

The publisher has a background in medical writing, including a stint at the Journal of Pediatrics.

Medicate OH solicits donations from cannabis companies. Dion Visca said she had considered selling ads to those companies to fund the news outlet, but marijuana advertising is restricted in Ohio. State regulators must approve all ads, and as a result, Dion Visca said the businesses are reluctant to advertise, making a donation model more appealing.

Alicia Reeves formed Midwest Canna Women in 2017 to provide networking and business opportunities for women in the cannabis industry.

Most recently, she held an expo in August on a Cleveland farm attended by several prominent women in the industry, including Ramach, state Rep. Juanita Brent, D-Cleveland, and Dr. Bridget Williams, who runs the Green Harvest Health medical marijuana clinic in Pickerington and has her own line of CBD products.

“One thing that I’m trying to do now is create chapters in different cities all over the state,” Reeves said.

Midwest Canna Women is also part of the Cannabis Can Campaign, which is organized by several cannabis organizations and conducts service work. The campaign recently collected more than 1,000 pounds of food for the Mid-Ohio Food Bank.

Numerous advocacy groups arose during the battle for legal marijuana in Ohio in recent years, and many remain active.

We Grow Ohio, for example, says that marijuana users should have the right to grow the plant in their homes. The group has lobbied state lawmakers, but faces long odds in a skeptical General Assembly.

Mary Jane Borden founded the Ohio Rights Group in 2010 to advocate for medicinal cannabis in the Buckeye State.

Former Ohio Rights Group President John Pardee said the organization collected signatures for a medical marijuana amendment several years ago but fell short of the amount necessary to put the amendment on the ballot.

“We collected nearly 150,000 signatures, and that was on a shoestring budget; this was all volunteer,” Pardee said.

Responsible Ohio, on the other hand, had the financial backing to put the issue before voters in 2015. Pardee acknowledged that working with the group, which has significant corporate backing, was a contentious decision among activists. But he said the Ohio Rights Group met with Responsible Ohio and helped the group improve its proposal.

Responsible Ohio’s initiative, which would have established a virtual monopoly on marijuana cultivation for 10 companies, ultimately failed by a wide margin. The General Assembly legalized medicinal marijuana in 2016.

Previous Article What happens when you combine wine and weed? Next Article What are cannabis drinkables?
The Cannigma uses cookies to improve your experience and to show you personalized adsACCEPTPrivacy Policy
Manage consent