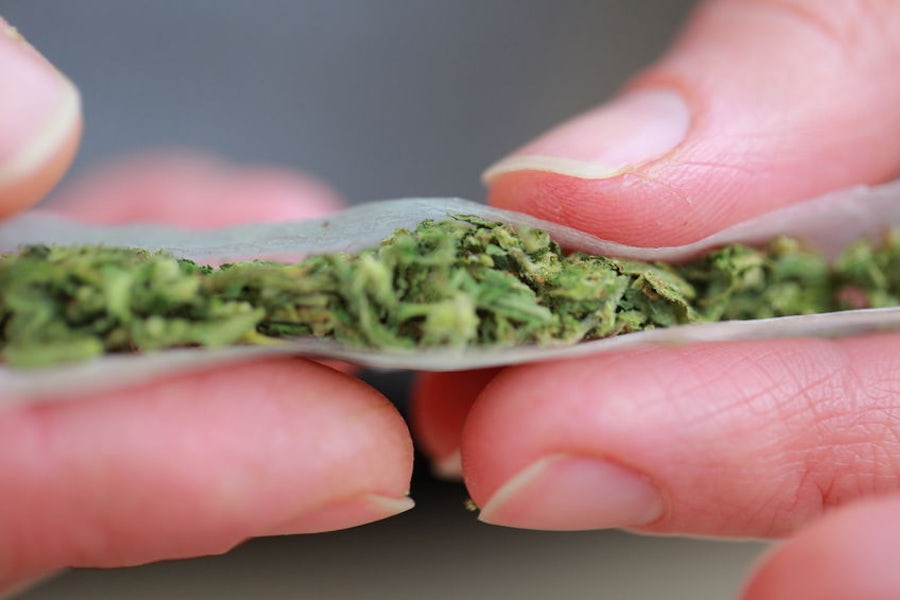 The next weapon against antibiotic-resistant bacteria could lie within the cannabis plant, according to a new study.

Researchers at the University of Queensland have, for the first time, shown that a form of synthetic cannabidiol (CBD) can kill the bacteria responsible for gonorrhea, meningitis, and Legionnaire’s disease.

Based on these promising results, the study’s authors say that CBD could form the basis of a new class of antibiotics, the first for resistant bacteria in 60 years.

A first for CBD

Published in Communications Biology, the new study found that CBD was an effective killer of several species of bacteria, including methicillin-resistant Staphylococcus aureus, the “superbug” also known as MRSA.

To make these conclusions, the researchers first applied a range of synthetic and altered CBD formulations to pig skin preparations and mouse models that had been infected with different bacteria.

The team at the University of Queensland soon noticed that one form of CBD was particularly adept at breaking down MRSA’s biofilms, the slimy structural supports that help the bacteria survive antibiotic treatments.

The researchers also observed one CBD solution eliminate Neisseria gonorrhoeae bacteria, which cause gonorrhea. This action was particularly notable, as it’s believed to be the first time CBD has been shown to kill a particularly hardy class of bacteria known as Gram-negative bacteria, typified by their thick outer membranes.

“We think that cannabidiol kills bacteria by bursting their outer cell membranes, but we don’t know yet exactly how it does that,” Mark Blaskovich, an associate professor at the University of Queensland’s Institute for Molecular Bioscience and lead author of the study, said in a statement.

But while the specifics of CBD’s killer effects may remain unknown, their absence wouldn’t necessarily stall future drug production. Speaking to Analytical Cannabis in 2019, following the publication of another study that investigated CBD’s antibiotic properties, Blaskovich highlighted that the actions of many common antibiotics are still not fully understood.

“Even for antibiotics that have been around for a long time, like polymyxins which were discovered in the 1940s, we still don’t know, completely, their mechanisms of action,” he explained.

“So, if you know it’s effective at killing the bacteria, and it’s not inducing resistance – which appears to be the case for CBD – there shouldn’t be any significant roadblocks in advancing it further, from a regulatory perspective.”

Blaskovich and his colleagues at Botanix Pharmaceuticals Limited, which funded most of the research, believe the study’s results are promising enough to move the CBD formulations onto clinical trials.

“Those Phase 2a clinical results are expected early this year and we hope that this will pave the way forward for treatments for gonorrhoea, meningitis, and legionnaires disease,” Vince Ippolito, Botanix’s president and executive chairman, said in a statement.

As antibiotic resistance becomes a growing health crisis around the world – with some experts warning that everyday infections could again become life-threatening – any new antibiotic candidates are highly prized.

However, despite CBD’s promising future as an antibacterial, Blaskovich is keen to stress that the compound’s antibiotic effects are currently only apparent within prepared formulations, not commercially available products, like oils and balms.

“I certainly wouldn’t advise consumers to go out and be taking a lot of cannabidiol on their own to try treating infections – certainly for systemic infections; drinking or inhaling cannabidiol has not been shown to be effective at all,” he told Analytical Cannabis in 2019.

Previous Article ‘He likes me better on weed’: stories of mixed marijuana marriages Next Article Cannabis tied to lower blood pressure in hypertension patients, study finds
The Cannigma uses cookies to improve your experience and to show you personalized adsACCEPTPrivacy Policy
Manage consent