What other countries can learn from Canada’s medical cannabis program 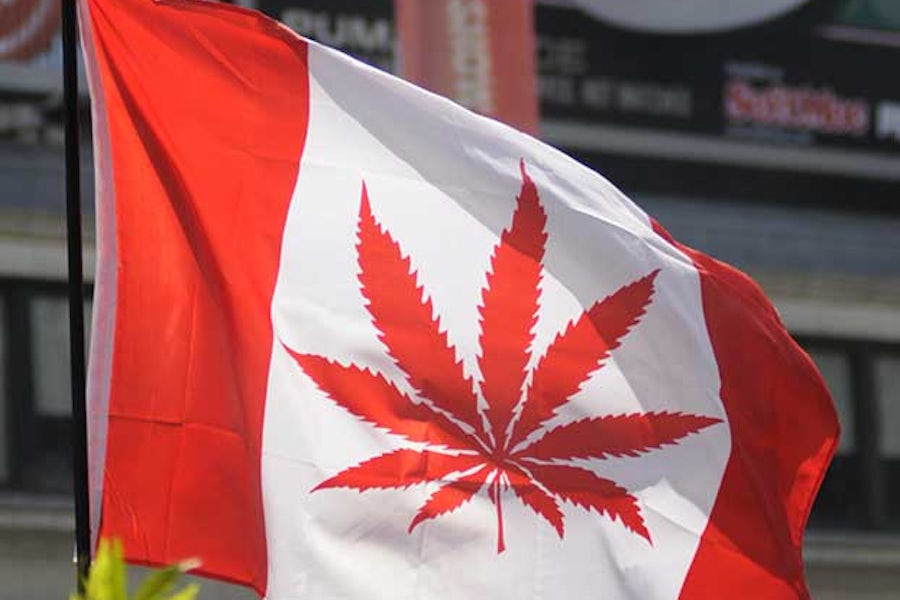 A Canadian flag with a cannabis leaf (Shutterstock)

Medicinal use of cannabis has been legal in Canada for almost 20 years — since July 30, 2001. And 17 years later in 2018, Canada became the second country — after Uruguay — to formally legalize growing, buying, selling, and consuming cannabis for recreational use. Given the wave of medical and recreation programs in legislative processes around the world, there’s a lot to be learned from the land of maple syrup.

Speaking to The Cannabis Enigma podcast, Tilray VP of Patient Research and Access Philippe Lucas shared that the first 10 years of Canada’s medical cannabis program was “a real disaster.” For starters, he said, authorities consulted “with police and with physicians and with fire departments and with municipal councils and elected officials and public health officials” — everyone but the recipients of the program. In practice, what this meant was a cannabis program under which no one was really getting any cannabis.

“That’s not just my opinion,” Lucas said, “that program was sued over 300 times in the first 10 years by patients… And it took a long time for the government to finally decide to decentralize this program, to realize that… the access to medical cannabis may cause more benefits than the supposed harms it might cause and to finally let this program flourish.”

Here’s what other jurisdictions looking to put together an effective medical cannabis program can learn from Canada’s mistakes in the early years:

Unlike pharmaceutical therapies, much of the knowledge about what type of cannabis works for what condition lays in the hands of lay people — rather than doctors or producers. Policy makers must consult with patients to build a program that serves their needs.

Only when cannabis is treated like other medications will it fully be accepted as a valid treatment by the general public and the medical establishment alike. “I think once it’s in pharmacies and it feels like every other medicine in Canada… those of us who’ve been working on this for a long time [will be able to look back] and see that we’ve had a good amount of success,” Lucas said.

Even in countries where cannabis is accessible for medical use, the cost is often prohibitive. Including cannabis in the list of subsidised medications for relevant indications constitutes real access.

When all is said and done, while cannabis is a medication, it’s first and foremost a plant — which can be grown at home with relative ease. In Canada under the 2018 legalization, each household is permitted to grow up to four plants. While the yield from a cannabis plant can vary widely depending on chemovar and growing conditions, this regulation should cover most medical patients’ needs.

Since Canada eased its cannabis laws, and eventually lifted prohibition entirely, Lucas said that the medical program has flourished: “In the last few years in Canada, we’ve seen that as the program has grown from about 40,000 patients to over 350,000 patients.”

So the question is, which country will be next? And will they be able to learn from Canada’s mistakes and get it right first go?

Previous Article How science is learning from patients about cannabis Next Article FDA publishes warnings of CBD product risks, side effects
The Cannigma uses cookies to improve your experience and to show you personalized adsACCEPTPrivacy Policy
Manage consent