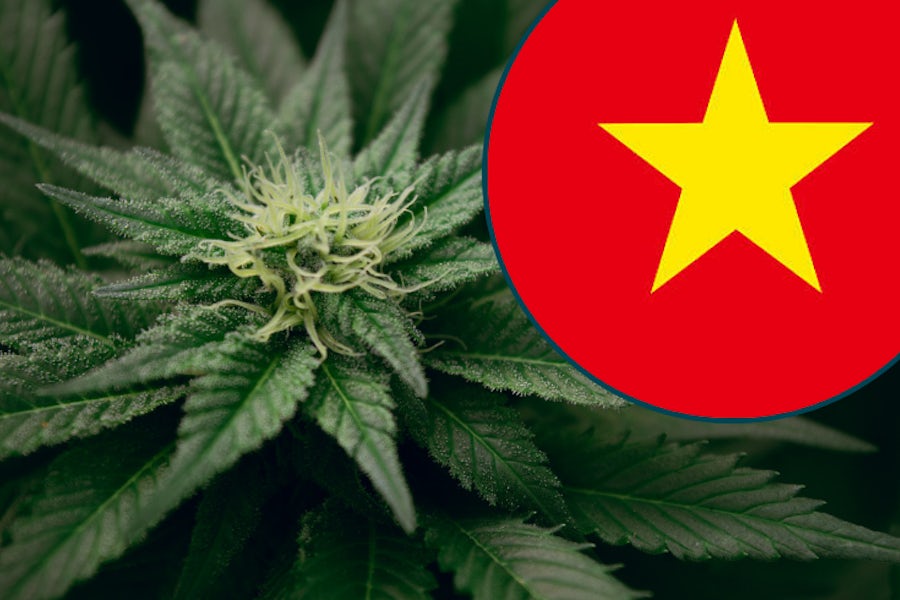 In line with many south-east Asian countries, possession, distribution and production of marijuana is officially illegal in Vietnam, with harsh penalties on the books for contravention of the law. Medical marijuana is also not legal.

That said, Vietnam promotes itself as a tourism destination, which means that the authorities are not inclined to penalize foreigners breaking the law. Many visitors report that the police can be persuaded to look the other way with a bribe, although foreigners are occasionally prosecuted.

Distribution is taken more seriously, as is smuggling across borders, so most visitors buy within the country and make sure not to cross any borders with weed on them.

What are the penalties for using weed in Vietnam?

The exact penalties for possession, distribution, production and transporting cannabis under Vietnamese law are difficult to ascertain. In general, in legal terms cannabis is treated on the same basis as other narcotics such as heroin or cocaine.

Conviction of what is considered a drug offense, including for cannabis, can carry substantial jail time or even the death penalty for high amounts.  For example, those found with more than 600g of heroin, or 2.5kg of meth are liable to receive a death sentence.

This applies to foreigners as well as to Vietnamese citizens. Currently there are over two dozen non-citizens serving life sentences or facing the death penalty for drug trafficking offenses.

Travelers to Vietnam report variable attitudes to recreational cannabis use throughout the country by the authorities.

In general, if caught using cannabis recreationally tourists can dissuade the authorities from pursuing legal action by paying a large bribe, but are warned not to rely too heavily on this method as it is not failsafe.

According to reports, 51% of American G.I.’s stationed in Vietnam smoked cannabis while posted in Vietnam, with use of the plant becoming more widespread after 1970. Use of psychotropics such as acid and mushrooms were also widespread by the Americans, as was cocaine and heroin. One American posted with the Navy reported that upon arrival, weed “was already plentiful, and I used it almost every day as a, you might say, ‘tension easer,’ to get me ready for combat fights.”

Use of marijuana was so widespread among the soldiers that it was credited for the huge surge in the popularity of marijuana back home in America in the 60s and 70s. By 1971 this was such an issue that President Nixon was moved to declare a War on Drugs.

Is medical marijuana legal in Vietnam?

Vietnamese law makes no exceptions for growing, processing, or selling marijuana for medical use.

However, CBD oil is legal in Vietnam and freely sold. This is because the oil is made from hemp plants which are not illegal as they contain far lower concentrations of THC, the psychoactive element in cannabis. Typically industrial hemp contains approximately 0.3% THC, and CBD oil made from hemp contains less than 2% THC, whereas CBD from cannabis can be as much as 5-10% THC or higher.

Previous Article Pruning cannabis: how to top marijuana plants Next Article How to make cannaflour
The Cannigma uses cookies to improve your experience and to show you personalized adsACCEPTPrivacy Policy
Manage consent