Can cats and dogs overdose on CBD? 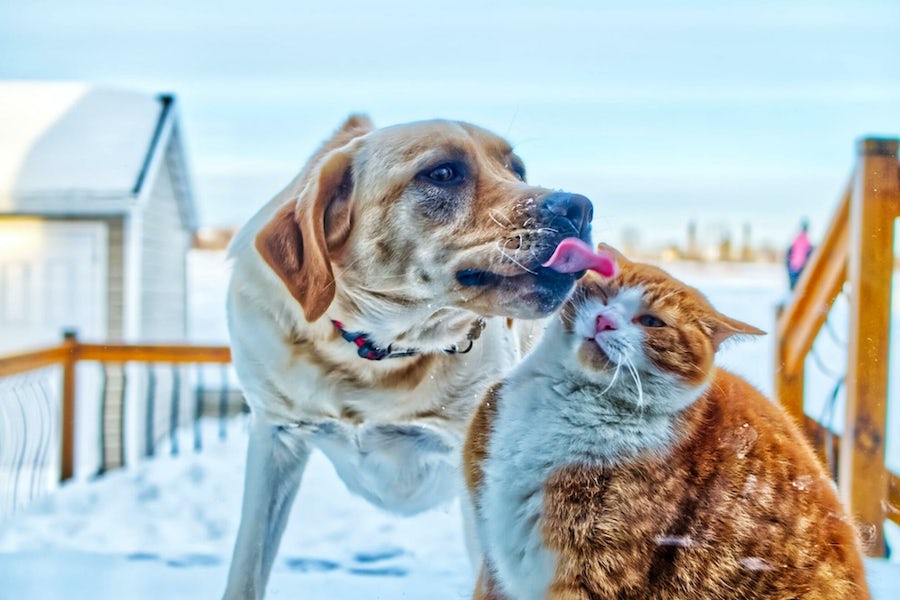 CBD is generally safe for cats and dogs, but just like humans, every animal is unique (Photo by Yan Laurichesse on Unsplash)

Since 2018, hemp has been an ingredient in demand. The sudden explosion in availability has given rise to hemp as the next superfood, beauty product, health supplement, and pet food, specifically for dogs and cats.

It’s increasingly common to find CBD oil (also called hemp oil) in treats and food. But it does beg the question – is it helpful? Is it necessary? Can it do harm?

The endocannabinoid system in dogs and cats

All mammals, including dogs and cats, have an endocannabinoid system (ECS). While our understanding of the ECS is limited, it is an area of growing research.

Scientists still don’t fully appreciate the scope of the ECS’ responsibilities in dogs and cats, but recent studies have shed light on the importance of a healthy ECS in your favorite furry friends.

A 2019 review of the research on the endocannabinoid system in animals said it best: “The endocannabinoid system… plays an integral role in maintaining homeostasis for a number of organ systems. [It] modulates the nervous, immune, and organ systems to relieve pain and inflammation, modulate metabolism and neurologic function, promote healthy digestive processes, and support reproductive function and embryologic development.” 1

The function of an animal’s endocannabinoid system has a large impact on their overall health. Studies have shown:

As they age, our pet’s ability to produce endocannabinoids is reduced. For this reason, many pet owners find it helpful to include CBD in their pet’s wellness regimen.

The benefits of CBD for dogs and cats

So your pets have an endocannabinoid system – how exactly can CBD help them?

Can my dog or cat overdose on CBD?

CBD is generally regarded as safe for people and pets. But can your dog (or cat) overdose on CBD?

The answer is yes, your pet can have too much CBD. But an overdose doesn’t look like you may think. While a high dose of CBD won’t send your pet to the emergency vet the same way ingesting a high-THC brownie might, it can still have negative side effects.

Negative side effects of CBD in dogs can include:

Negative side effects of CBD in cats can include:

In the 2018 Gamble et al study, researchers noted that after four weeks of CBD treatment the liver enzyme values had increased in several of the dogs, which could be a sign of liver stress. However the baseline values for the dogs were already high, hinting that more research is needed to determine whether CBD is harmful on the liver and at what doses.

A small 2019 study examined the effects of 2 mg of CBD in 8 dogs and 8 cats. Researchers noted that adverse reactions were far more common in cats than in dogs and the cats absorbed and metabolized the CBD far slower than the dogs did, though this could be the difference in dosage formulations given to the cats and dogs. Dogs received an infused soft chew and the cats were given an infused fish oil capsule. That alone is a variable when comparing the animals’ responses. The researchers also noted that the cats could have been responding to the fish oil and not necessarily the CBD or dose of it, and the soft chew lacks this ingredient. 5

There isn’t enough research to determine whether a CBD isolate, broad-spectrum, or full-spectrum product is best for pets. The 2018 Gamble et al study of arthritic dogs used a full-spectrum extract that included CBD, CBDa, and other cannabinoids including a small concentration of THC. This formulation was tolerated well by the dogs, however larger amounts of THC are expected to cause more severe side effects. When purchasing a full-spectrum product, be sure to review the lab tests for THC content.

There is no standard method or dosage when it comes to giving your pet CBD. Just like humans, dogs and cats come in all sizes and have unique endocannabinoid systems. The general consensus from studies for CBD dosing is commonly somewhere between 0.25 mg and 2 mg per kg of body weight.

If you’re giving your dog (or cat) CBD for the first time, the golden rule of cannabis remains the same: start low and go slow.

Start with a small dose (like 0.25 per kg) and see how your pet reacts. Give them CBD with food once or twice a day, and keep a close watch on them for the first 7 – 14 days of administration. If there are no side effects but you’re not seeing the results you want, then try increasing the dose. If you do see the results you’re looking for, keep the dose steady and consistent.

As you scale the dose, remember not to go too high or increase too quickly. Aim to give your pet around 2 mg of CBD per kilogram per dose, eg. 25 kg dog x 2 mg per kg = 50 mg dose. Any larger of a dose could increase the risk of side effects, according to the available literature.

Look for a CBD product that’s geared towards pets, has a short ingredient list with minimal additives, and doesn’t have ingredients that are unsafe for dogs like chocolate, xylitol, or essential oils. Always look for a certificate of analysis (COA) to ensure you know what you’re giving your pet.

Contrary to popular belief, THC is not overtly toxic to dogs or cats. But they are particularly sensitive to the effects of this compound and can experience severe adverse reactions.

A study from 1973 tested the effects of THC on beagles, rhesus monkeys, and rats to determine if there was a lethal dose. While the answer was yes in the rats, scientists did not find a lethal amount of THC for the dogs or monkeys. The dogs were given upwards of 26,000 mg and the monkeys, over 42,000 mg. That’s easily more than 5,000 gummies that are dosed at 5 mg, which is an absurd amount to have on hand even for the around-the-clock or constant consumer (not to mention how expensive that would be). But just because eating an edible won’t kill your pet doesn’t mean you should leave them out for them to get into.

Although the toxicity of THC is low, the signs of poisoning can leave your pet feeling extremely uncomfortable. In addition to loose stool and vomiting, pets (dogs in particular) can also experience something called “static ataxia.” This is described as a coordination issue that may present as your dog walking with a swaying gait, staggering around, tilting their head, and/or falling over. This happens as a result of THC interacting with the CB1 receptors in the cerebellum, the balance center of the brain.

Other symptoms of THC ingestion in dogs include urinary incontinence, increased sensitivity to light and sound, decreased body temperature and hypersalivation. 7

Cats can also experience ataxia from cannabis consumption, which may look like awkward or clumsy movement, as well as lack of balance. A 2021 study of 20 cats suggests that while cats can tolerate higher doses of THC, gastrointestinal and neurological adverse effects including ataxia, lethargy, aggression and low body temperature (hypothermia) are common. 8

A 2019 review of endocannabinoid research in animals found that a low “sub-psychotropic” dose of THC can be well tolerated in dogs, meaning the dose is so low it does not cause intoxicating effects. This dose was determined to be between 0.05 – 0.1 mg per kilogram of weight twice daily and was still medicinally effective. 9

Is cannabis poison to dogs?

Just because your dog has an endocannabinoid system doesn’t mean all cannabinoids are good for them. If you’ve ever seen a dog that got into THC, you know it can have dramatically negative effects. But why?

The endocannabinoid systems found in dogs aren’t laid out the same as in humans. They have CB1 and CB2 receptors as we do, but dogs have far more CB1 receptors in their hindbrain, particularly in the cerebellum, brain stem, and medulla oblongata.

The cerebellum is the area of the brain responsible for balance and posture, which may explain why dogs start walking funny when they get into THC. CB1 receptors in dogs are also found in the peripheral nervous system, as well as the cardiovascular, immune, gastrointestinal, and reproductive tissues. Activity in the GI tract might help to explain why THC can cause vomiting or diarrhea in dogs.

Bottom line on pets and CBD

CBD is generally safe for cats and dogs, but just like in humans, every animal’s endocannabinoid system is unique. If you’re starting your pet on CBD, look for a product that is made for animals and has a short ingredient list. Start with a low dose, go slow, and keep an eye on your cat or dog to ensure they’re reacting positively. Keep your veterinarian’s phone number handy just in case. 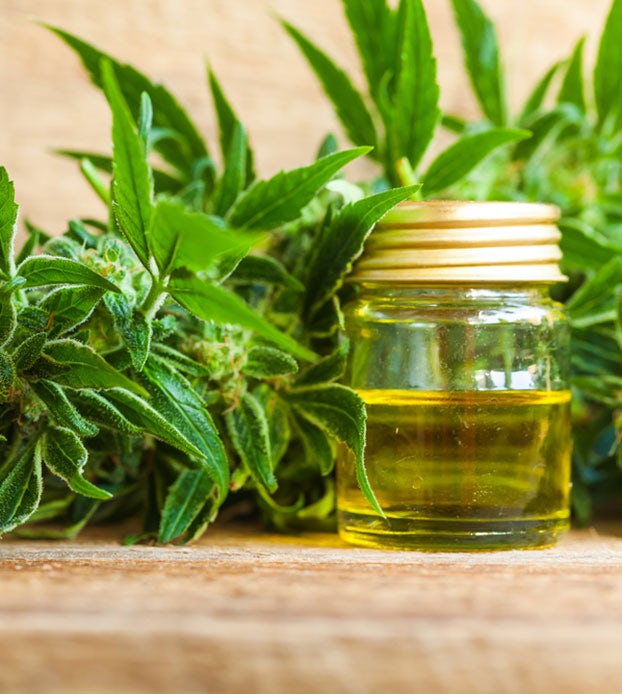 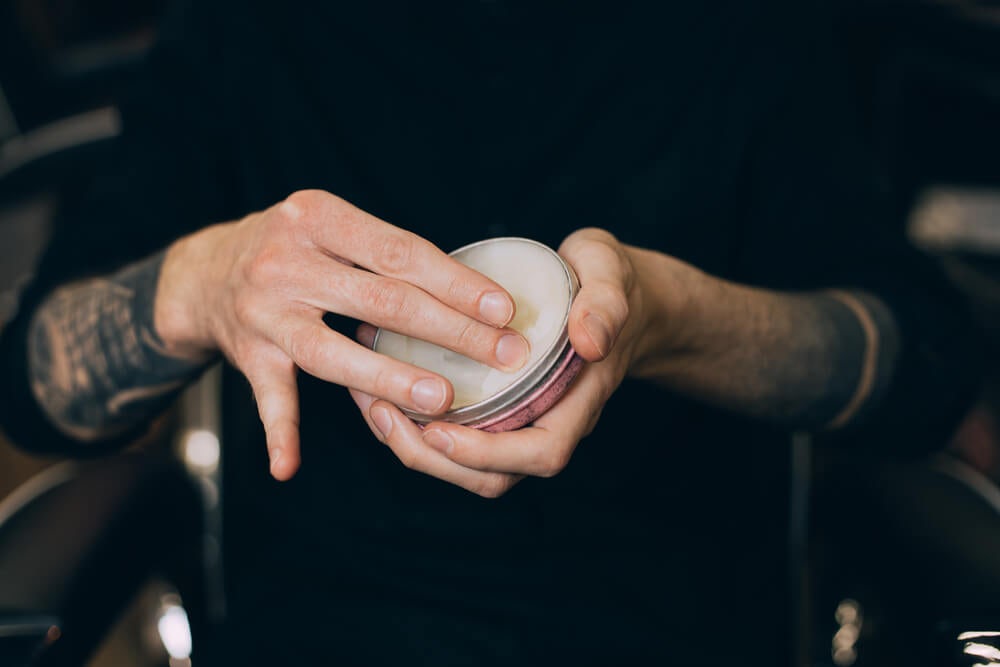 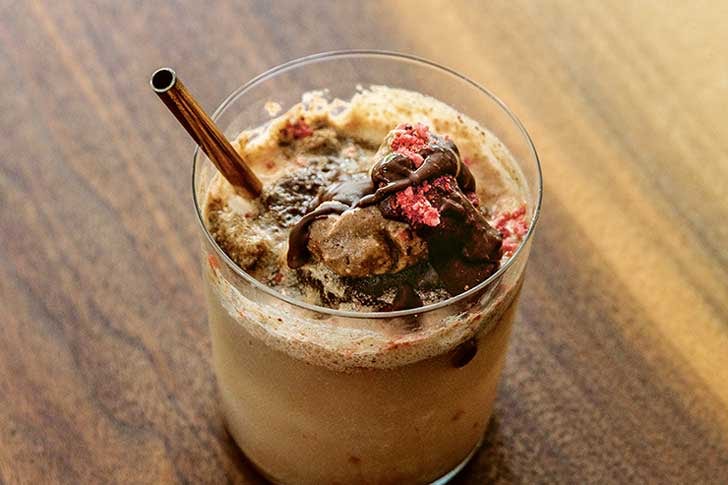 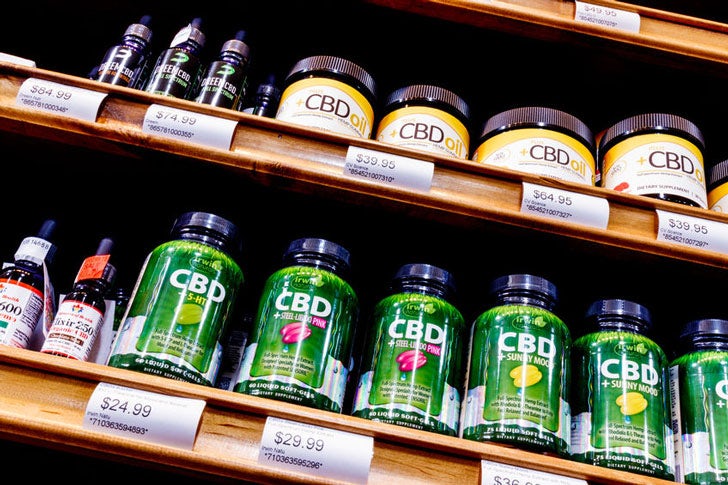 Previous Article America’s only doctor-reviewed magic mushrooms Next Article Can I substitute coconut oil for vegetable oil in weed gummies?
The Cannigma uses cookies to improve your experience and to show you personalized adsACCEPTPrivacy Policy
Manage consent