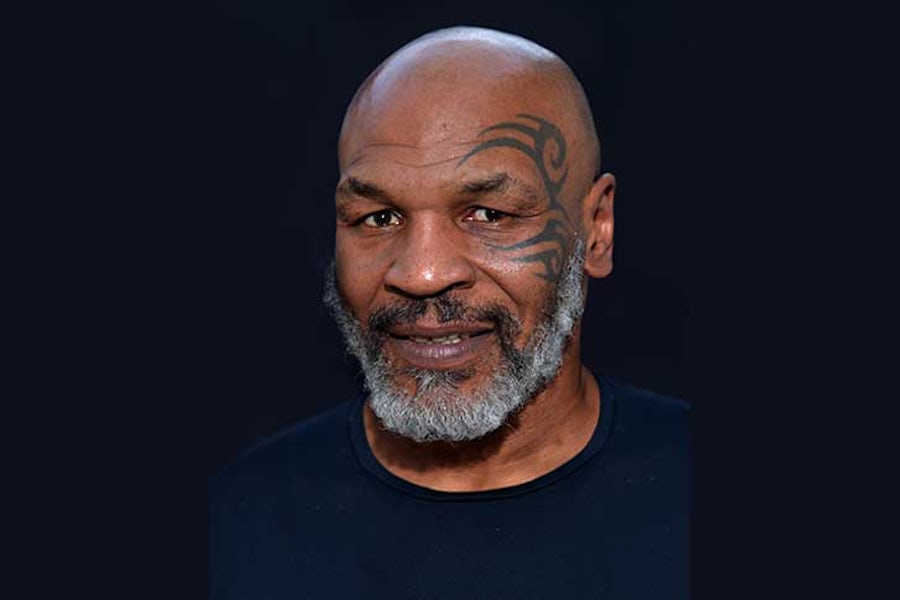 Marijuana had a big night in Los Angeles on Saturday, when cannabis entrepreneur and former Baddest Man on the Planet Mike Tyson faced off against Roy Jones Jr, the one time pound for pound best fighter on Earth, in an exhibition fight sponsored by WeedMaps. Oh, and Tyson said he “absolutely” got high before the fight.

The two legendary boxers, who are both now in their early 50s but look no older than two guys in their late 40s, fought eight two-minute rounds in a fight that was called a draw. Tyson, the CEO and founder of the cannabis company Tyson Holistic Holdings, said “this is better than fighting for championships. We’re humanitarians now. We can do something good for the world. We’ve got to do this again.”

It was a familiar sort of tone for Tyson, who has become one of the world’s most introspective athletes and today is the host of “Hotboxin,” a podcast where he gets high and speaks to celebrities who often adopt a much more deferential tone with Mike than they’re usually known for.

‘A huge moment’ for the cannabis industry

We’ve all grown up watching alcohol sponsored sporting events — from the “Bud Bowl” on Superbowl Sunday to NASCAR, which presents the arguably problematic image of stock car drivers flying the logos of major beer brands as they race around the track at high speeds. But cannabis? So far, weed has been boxed out of major sports sponsorship, even as it has been a crucial component of sports viewership and sports fandom.

As the official sponsor of the once-in-a-lifetime (we hope for both fighters) event alongside Triller, Weedmaps Chief Marketing Officer Juanjo Feijoo said: “We recognize this is a huge moment for the broader industry and through this sponsorship, we’re hoping to introduce a new audience to Weedmaps as well as bring attention to some of the important conversations happening around cannabis today. This is just one of many steps we are proactively taking to break down stigmas, promote social equity, and encourage all to join us in the fight for change.”

Tyson, ever the cannabis champion, said, “it feels great to return to the ring after 15 years and I’m thrilled that Weedmaps is the title sponsor of this remarkable moment in my career,” adding “this is a significant moment for the cannabis industry, and I am committed to doing my part to fight for change.”

As Weedmaps noted, both fighters underwent anti-doping tests before and after the fight, but the testing did not look for marijuana. Weedmaps has also sponsored X Games athletes, but this is the cannabis company’s first foray into former boxers old enough to be your dad and risking serious cranial injury sponsorship.

Asked after the fight whether he smoked before stepping into the ring, Tyson reportedly said, “absolutely, yes.”

But did the weed affect his performance? According to SB Nation, Tyson said: “It’s just who I am, it has no effect on me from a negative standpoint. It’s just what I do, what I am, and how I’m gonna die. There’s no explanation, there’s no beginning, there’s no end.”

While cannabis sponsorship is still a rare thing in sports, it arguably fits like a glove, particularly for punishing events like boxing. Science has shown that cannabis could potentially have some benefits for people suffering from concussions and other traumatic brain injuries, and a growing number of researchers are looking at the potential of cannabis and cannabinoids in sports medicine. This is perhaps why recently we have seen an easing of enforcement on cannabis use in a number of major sports leagues.

Cannabis can also help with stress and trouble sleeping, which could come in handy for former NBA player Nate Robinson after he sees what people are saying about him on the internet since his undercard fight with YouTuber Jake Paul.

Analysts, viewers, and coroners noted that it was arguably over the moment Robinson wore the New York Knicks colors, and what looked like basketball shoes too. Paul got three knockdowns on Robinson, until an overhand right knocked the former New York Knick into the canvas and meme immortality less than two minutes into the third round.

Robinson, who was previously challenged by a shirtless non-athlete while giving an interview in a Tel Aviv park in 2016, had called out Jake Paul, telling TMZ sports in May that “I want all the smoke. I’m a top-tier athlete. You beating me would probably be the biggest accomplishment for your boxing career, or social media influencer — whatever. That’s your biggest claim to fame right now is knocking out Nate Robinson, so come do it. I’m putting my everything on the line for you. Let’s get it done. It’s that simple.”

In hindsight, Robinson gave up a good bit of reach, 10 pounds, 4 inches, and 13 years to Paul. But Robinson had reason to be bold. This, after all, a man who is 5 foot 9 and won three slam dunk championships, and who played for the Knicks and left with his dignity intact — until Saturday night.

Arguably the biggest marijuana moments of the night were provided by announcer Snoop Dogg, a marijuana legend who has clearly found a new profession to dominate. Watching the Tyson and Jones Jr. fight he said “this looks like two of my uncles fighting at the barbecue,” and when Paul landed the overhand right that knocked out Robinson, Snoop began singing gospel to call Nate home.

Snoop, like countless other Americans during the pandemic, may have found that the time has come for a career change.

Previous Article Will the UN reschedule cannabis next month? Next Article The Catch-22 of cannabis insurance
The Cannigma uses cookies to improve your experience and to show you personalized adsACCEPTPrivacy Policy
Manage consent