The Catch-22 of cannabis insurance 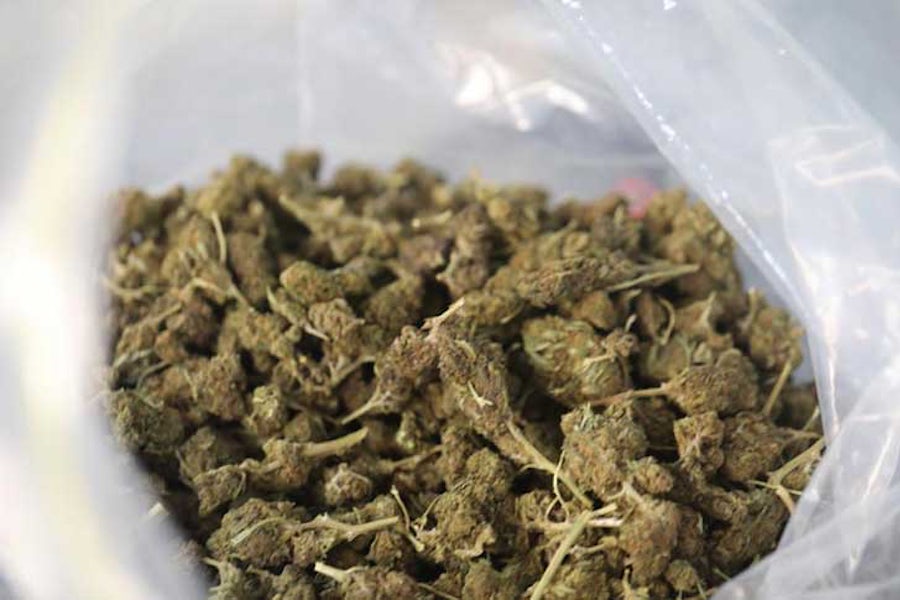 If you harvest your buds too early, they might not achieve the potency you're looking for (The Cannigma / Anthony Travagliante)

This past year, 2020, has provided multiple reminders of how sudden, devastating losses can hit cannabis producers and business owners, and the need for comprehensive insurance for the industry. It also demonstrated how federal prohibition poses a unique set of challenges for cannabis businesses compared to their peers in other industries.

As racial justice protests gripped cities across the United States in late May, looters took advantage of the situation and set their sights on dispensaries. On the West Coast alone, dozens of cannabis retail operations reported looting, with some reporting tens of thousands of dollars in damage and stolen merchandise. Just a few weeks later, the worst wildfire season on record saw more than 8.7 million acres of forest go up in flames, including in some of the most important cannabis cultivation areas of California and Oregon.

Many of the cannabis businesses affected by those events will not be receiving insurance payouts.

‘Because it’s federally illegal, they are not writing the risk’

“The biggest obstacle is the legality. Just the fact that it’s federally illegal, the number of carriers willing to write the risk is relatively small. So, a lot of the quote on quote, name brands, carriers that we would ordinarily go to, because it’s federally illegal they are not writing the risk,” Spencer Scheitler, a cannabis focused insurance consultant, told The Cannigma earlier this month, explaining the apprehension of major companies in an industry defined by risk and risk aversion.

According to Scheitler, the likelihood of cannabis becoming legal on the federal level is increasing interest among some of the big name insurance providers. Also at play, however, is something of a “lack of thought leadership in the cannabis space” where many cannabis companies place more weight on price, than long-term risk management strategy. In addition, he said cannabis companies may struggle to stay up to date on Occupational Safety and Health Administration (OSHA) guidelines and other workplace safety measures that can help reduce risk — as well as insurance costs.

Scheitler’s colleague, Andrew Azzarello, said so far he isn’t seeing a lot of the traditional P&C insurance carriers getting into the game, though there are about 25 carriers that he knows of that are active in cannabis insurance.

“They’re hesitant to jump in because of the fact that it’s federally illegal. Even some brokers who are stepping into the marketplace are just becoming comfortable,” Azzarelo said. “I know some brokers would say, ‘we can do it but let’s not advertise it,’ but now everybody’s becoming a little more comfortable with it.”.

In the meantime, because it is such a limited marketplace and so few companies are buying in, the coverage terms and pricing aren’t as easy on the wallet as in other agricultural fields, Azzarello said.

This is arguably another way in which federal prohibition and the lack of access to credit makes the cannabis industry a much more challenging ecosystem for small business owners who don’t have access to large amounts of capital.

Azzarello also explained how because it is federally illegal, cannabis companies have traditionally only been able to get coverage on a state-by-state basis. In other words, if a cannabis company had warehouses or grow operations in California and Nevada, they would need to get separate coverage for both — the insurance coverage would not cross state lines.

Another way that federal prohibition complicates things is that it makes dispensaries cash-only businesses because most large financial institutions don’t want to get involved with anything that is still illegal on the federal level. This makes dispensaries especially high risk for robberies and employee theft, something that would change to a significant extent if they were able to operate mainly on credit.

That could also be remedied by way of legislation like the SAFE Banking Act, which would free up banking institutions to service the cannabis industry even without federal legalization. Slight progress on that front can be seen in the passing of the 2018 Farm Bill, which removed hemp from the Controlled Substances Act, making it legal on the federal level as long as it has less than 0.03% THC.

When it comes to the actual insurance coverage provided to cannabis companies, it can be quite similar to other fields, Azzarello clarified. Cannabis operations involve crop insurance, packing and shipping facilities, and delivery drivers and vehicles just like other crops. Cannabis warehouses, dispensaries, and farms have to deal with worker’s compensation claims just as any other business. That said, unlike most other agricultural companies, employee theft seems to be a large claim driver with cannabis companies, Azzarello said.

In the meantime, we are facing a situation in which not enough cannabis carriers are in the marketplace, making prices less competitive.

Federal legalization could help fix that, he explained, because “we would see more carriers enter the space, which will create cost lowering and then more coverage will be available,” Azzarello clarified.

For now, it’s easy to see the potential opportunities for insurance in cannabis. With an estimated $1.2 billion in cannabis crop losses due to wildfires in California alone, the ability to purchase affordable, comprehensive insurance coverage would seem to be a no-brainer for cannabis growers, manufacturers, and retailers — once it becomes more available with more competitive pricing.

Editor’s note: This article has been re-edited for clarity.