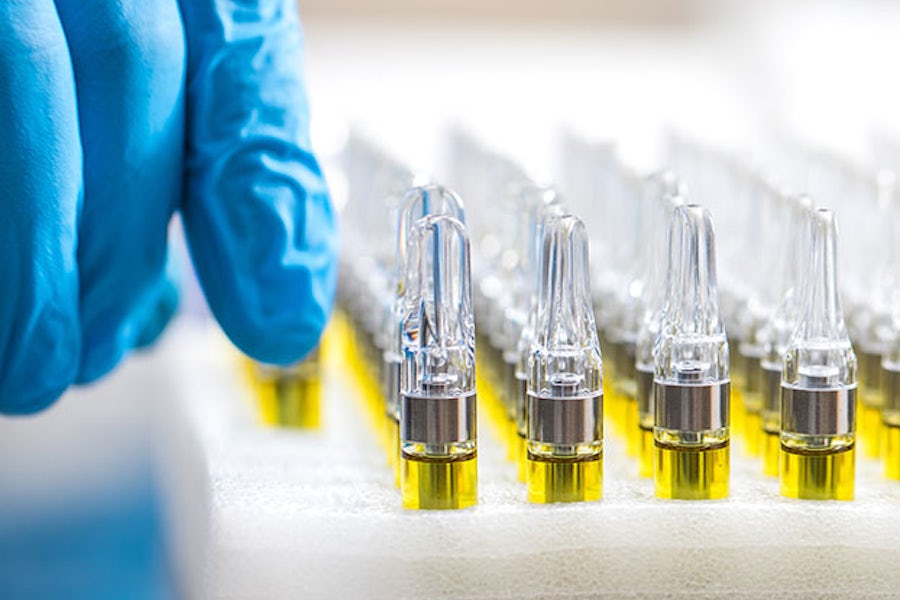 Meanwhile, massive raids of illegal cannabis shops in Los Angeles showed adulterated agents in most of the illicit vapes seized by law enforcement.

The number of vaping deaths nationally remained steady at 60 in 27 states, while the number of cases of hospitalized patients climbed slightly to 2,711, up 43 from 2,668 reported last week, the Centers for Disease Control and Prevention said Tuesday.

The outbreak still is under investigation, and health officials still say there could be more than one cause of the disease.

Federal health agencies have warned people not to use THC vaping products acquired from illicit or informal sources.

On Monday, California officials announced that large numbers of tainted THC vapes had been confiscated in December raids of illegal pop-up cannabis sellers in Los Angeles.

California’s Bureau of Cannabis Control seized more than 10,000 illegal vape pens during a three-day raid. Authorities arrested 125 people and seized more than 2 tons of cannabis and cannabis products worth more than $10 million, as well as 11 illegal guns, the agency said.

“The prevalence of dirty and dangerous vape pens at unlicensed cannabis stores demonstrates how important it is for consumers to purchase cannabis goods from licensed retailers, which are required to sell products that meet state testing and labeling standards,” bureau chief Lori Ajax in a statement.

“We urge consumers to scan the QR code to confirm that a business is licensed,” Ajax said Monday.

Nearly all the samples were labeled with incorrect THC content, authorities said. While vape packages claimed they contained between 80 and 90 percent THC, some vape products seized from the unlicensed stores contained as little as 18 percent, the agency said.

Previous Article Cannabis laws in Illinois Next Article What happens to medical cannabis when it becomes legal for everyone?
The Cannigma uses cookies to improve your experience and to show you personalized adsACCEPTPrivacy Policy
Manage consent