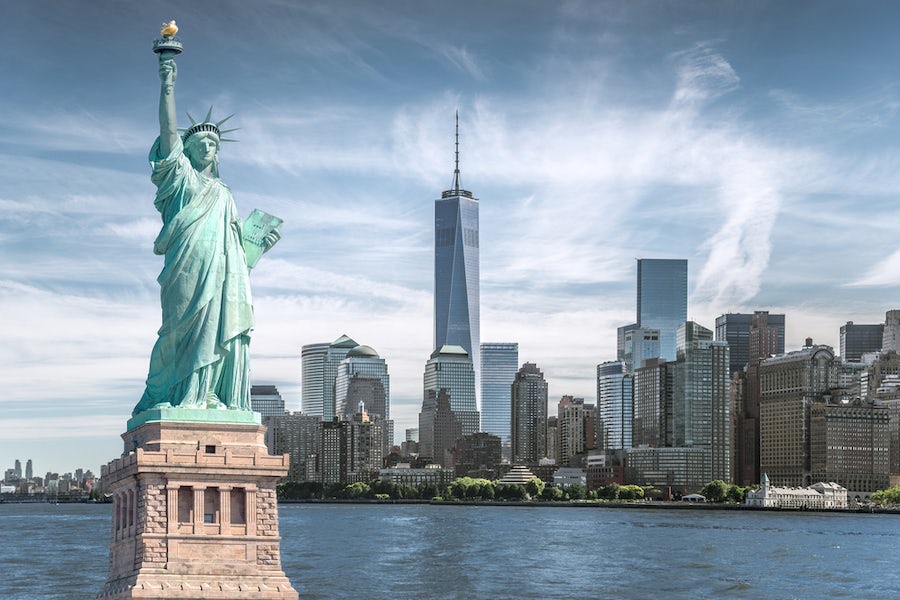 The law will legalize up to three ounces for adults 21 years and older according to news reports. (Shutterstock)

The Empire State took one large step for legalization and one giant step for cannabis this week when New York state lawmakers reportedly reached a deal to legalize recreational marijuana in the state. The bill could reportedly become law as early as next week.

According to various media reports, the deal reached with embattled Governor Andrew Cuomo would legalize marijuana use and possession of up to three ounces for adults 21 years and older, and impose a 13% sales tax on retail cannabis sales.  A sizable portion of that revenue would reportedly be injected into communities harmed by prohibition and the war on drugs.

The law would reportedly allow people to cultivate up to six marijuana plants at home for personal use. It would also allow delivery of cannabis and club-like lounges or “consumption sites” where alcohol is banned but cannabis can be consumed, much like the coffeeshops in the Netherlands.

New York State Senate Finance Committee Chair Liz Krueger told Bloomberg on Wednesday that “bill drafting is in the process of finishing a bill that we all have said we support.”

Bloomberg quoted Krueger as stating that cannabis sales could begin as early as a year after the bill is enacted.

CNN reported that an internal legislative memo it reviewed stated that “The Cannabis Law” will create a new Office of Cannabis Management (OCM) controlled by a Cannabis Control board. They also quoted a legislative source who said that the bill should be passed next week.

New York legalized medical marijuana in 2014 with the passing of Assembly Bill 6357. Five years later the state decriminalized possession of up to two ounces of cannabis, which is now punishable by a fine of $50-$200.
Nonetheless, the state has lagged behind neighbors such as New Jersey and Vermont when it comes to cannabis legalization, and its medical program remains more restrictive than those in many other states.

Previous Article Why nurses must be involved in cannabis patient care Next Article Pot in the can: Why can’t inmates get medical marijuana?
The Cannigma uses cookies to improve your experience and to show you personalized adsACCEPTPrivacy Policy
Manage consent