Home News
Medical cannabis in the workplace: What the law says
4 min read

Medical cannabis in the workplace: What the law says 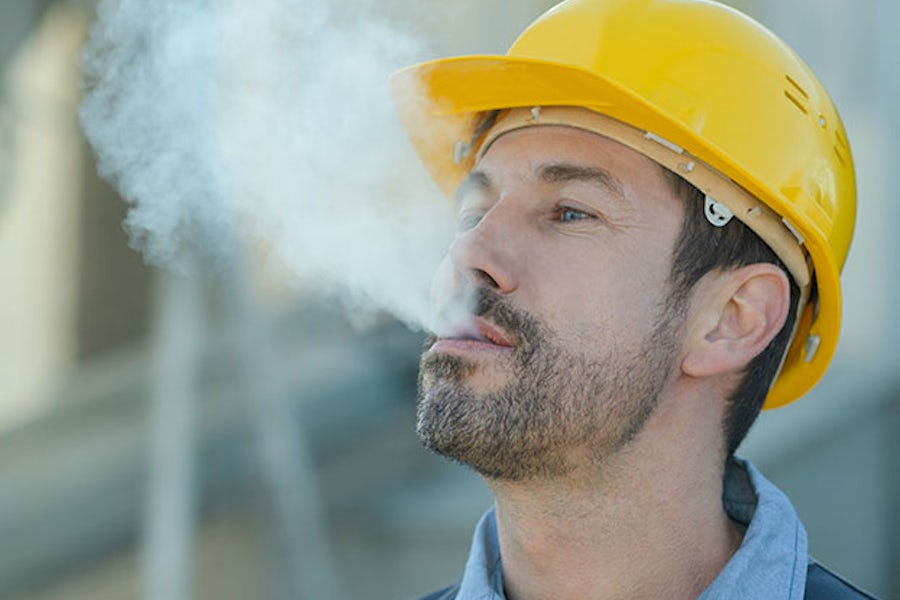 With medical cannabis legalization sweeping across North America, Europe, and elsewhere, medical cannabis patients and employers alike have been left with more questions than answers about how to treat cannabis in the workplace. For instance, can you be fired for failing a drug test if you’re a medical marijuana patient?

In the United States, where state and federal laws often conflict, that confusion is only amplified.

Some medical cannabis users may believe they’re allowed to use cannabis whenever they like, but this is a misconception. Most businesses will not allow employees to be high on the job, even if they do have a medical card or prescription.

The good news is, there are new laws and court decisions arising that are protecting employees against discrimination for being a medical cannabis user.

No Clear Answers for US Employers

Employers in the United States are increasingly finding themselves in a predicament about their policies regarding employee medical cannabis use. Employers are often caught between state and federal rules when trying to figure out what policies the should, or even can implement.

Many companies are sticking to a zero-tolerance policy of any kind, even if the state allows medical cannabis use. Employers are not prohibited at the federal or state level from requiring their employees to be sober from any substance that causes impairments — and that includes medical cannabis.

In the past, courts often sided with employers over restricting employees’ rights to use medical cannabis (whether it’s on or off the job). Over the past few years, however, several important court cases have begun to shift that momentum.

WalMart notably lost a lawsuit in 2019 for terminating an Arizona employee after she tested positive for cannabis — even though she held a medical cannabis card from a doctor. As they couldn’t prove that she ever used cannabis while on the job, the judge ruled this was discrimination and wrongful termination.

A similar ruling occurred in 2018 against Kraft Heinz Foods Co. in Delaware. In this case, Kraft Heinz also fired an employee for failing a drug test, even though the employee was a medical cannabis cardholder. The court deemed this a wrongful termination under the anti-discrimination provision of Delaware’s medical marijuanna law.

These rulings have begun to set precedent for future court decisions in other states going forward, and might cause employers to give pause before terminating employees due to their off-the-job medical cannabis use.

On the other side, Liberate Physician Centers — a company that provides medical cannabis diagnoses across the US — already (not surprisingly) allows their employees to use medical cannabis, both on and off the job, as long as it doesn’t inhibit performance.

“As a matter of policy, if someone had a medical card and was using it to be treated and was able to perform their job, of course they would be kept on,” CEO Daniel Reid said in an interview with Florida Weedly. “We would like to see more companies accept that policy and recognize that marijuana is a medicine and not a recreational drug.”

Nevada was the first state to ban employers from refusing to hire an applicant because they test positive for cannabis. As of 2019, 16 US states prohibited employers from discriminating against employees for being a medical cannabis patient. (Arizona, Arkansas, Connecticut, Delaware, Illinois, Maine, Massachusetts, Minnesota, Nevada, New Jersey, New Mexico, New York, Oklahoma, Pennsylvania, Rhode Island, and West Virginia.)

Each state’s laws vary, so it is important to learn about your specific state’s regulations.

All states, however, exempt employers that are required to adhere to federal drug-testing mandates.

For the most part, as long as employees in medical cannabis states are not bringing their cannabis to work, are not working in an environment where impairment could result in serious harm, and aren’t working a federally related job, employees cannot be hired or fired solely based on their medical cannabis use.

Cannabis at Work in Canada

In Canada, employees’ rights for using medical cannabis have increased significantly — thanks to cannabis now being federally legal across the nation.

Under Canada’s Human Rights Code, employers must accommodate any employee that uses cannabis for medical purposes, as long as it doesn’t interfere with workplace health and safety or performing essential duties. Employees are still prohibited from smoking or vaping cannabis in an enclosed workplace, but they are allowed to consume edibles.

When it comes to using cannabis recreationally, it is up to each employer to decide what their policy is. According to a recent survey, about 86% of Canadian employees reported their employer does not allow recreational cannabis use — whether it’s on the job or off.

As we continue to move into the post-prohibition era, the world can expect to see a lot more employers revising their policies when it comes to medical cannabis use.

Canada is leading the way as a shining example of how cannabis use can be used responsibly in and out of the workplace.

In the meantime, it is vital to check with your specific state or country’s laws and regulations as well as your employer’s policies to properly know what your rights are when it comes to using medical cannabis in the workplace — or outside of it.

Previous Article Can cannabis help traumatic brain injury? 5 must-read studies Next Article Patients rally in Ecuador for legal use of medical cannabis
The Cannigma uses cookies to improve your experience and to show you personalized adsACCEPTPrivacy Policy
Manage consent