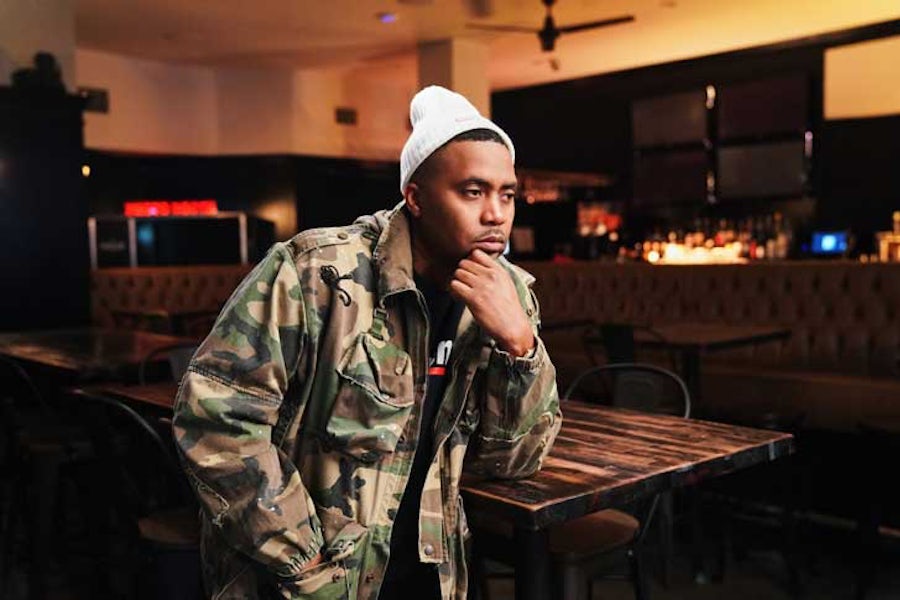 There is a segment early in the new documentary, “Smoke: Marijuana + Black America,” which is a combination of heartbreaking, infuriating, and painfully ironic.

The film, which looks at the history of marijuana and the African-American community, and how the war on Drugs and now legalization are affecting communities of color, turns the focus on the story of Corvain Cooper, an Inglewood, California father of two who was sentenced to life in prison in 2014 for his role in a marijuana trafficking operation.

The Hot Box: bridging the gap between black business owners and financing

At the time of his arrest he was an up-and-coming clothing designer who had opened a boutique shop in his neighborhood of Los Angeles, with a mural of his two daughters painted across the exterior of the building. Fast forward a few years, and Cooper is in federal prison in Louisiana, his family cannot afford to visit him, and the boutique he opened was briefly converted into a legal cannabis dispensary.

Cooper’s story is a microcosm of the sorts of problems covered by the documentary: people from disadvantaged communities of color who have been disproportionately targeted by the War on Drugs, are left on the sidelines — or behind bars — while a massive legal cannabis industry takes flight, led by investors and executives who were never on the wrong side of America’s criminal justice system.

The film, produced by Atlanta-based Swirl Films, premiered on BET on Wednesday night. The documentary is ambitious and sweeping in its scope, looking at marijuana in America from its origins in jazz music and the counterculture, through the War on Drugs, up to today’s era of legalization and “restorative justice.” It looks at marijuana through the lens of African-Americans not only in terms of the criminal justice system but also culture, music, and sports, and how all of them relate to cannabis.

“That’s the direction of the film that we took — it’s not just criminal justice. It affects the Black and brown communities differently in every aspect. And when we start to open people’s minds and eyes to that, then they can start to say, well, you know, now we have to make meaningful change in policy and law and reform as we move forward to legalization,” director Erik Parker told Cannigma this week.

One of the interesting ways the film shows this racial disparity in cannabis is by looking at the four major sports leagues and how they have treated cannabis use among players. The two whitest leagues — the NHL and MLB — have long been more tolerant towards cannabis than the NBA and the NFL, where African Americans make up the vast majority of players.

“The reason why we look at professional sports is because even with something as beloved and uplifted in America as the NFL and these athletes who everyone loves, still Black athletes are more likely to be policed in their league. Even with all their millions of dollars and fame and accolades they can’t escape it, so imagine the kid on the street who may have some weed in his pockets, imagine how he gets treated in society,” Parker said.

Getting Nas on board

And throughout the film, legendary rapper Nasir “Nas” Jones (who was also an executive producer of the film) narrates the whole story, with his unmistakable, iconic voice that screams “Queensbridge” and reminds viewers how much has changed in the world of cannabis since Illmatic dropped 26 years ago.

Parker, who wrote and produced the 2014 documentary Nas: Time is Illmatic, a look at the rapper’s iconic 1994 debut album, said it was easy to get Nas on board with the film, mainly because he’s so passionate about the subject matter.

In the film, Nas reminisces about his own history with marijuana and memories of his jazz musician father. Several of the celebrities use some of their screen time to share their own cannabis stories, including Ricky Williams, who describes the clarity and focus weed gave him when he was a young football player unsure if he wants to be a star athlete or just chart his own course.

There’s also Al Harrington, who smiles as he shares the story of his elderly, church-going grandmother who had never touched “reefer” in her life, but finally agreed to try it to relieve her glaucoma. Harrington said his grandmother Viola — who he named his cannabis company after — took a couple puffs of weed and later was in tears, overjoyed that she could read her bible again for the first time in years.

Sent to a prison farm to pick cotton because of marijuana

The film also interviews Wanda James and her husband Scott Durrah, the first African-American owners of a dispensary, the Simply Pure Dispensary in Denver. Both US military veterans, and with a number of well-connected political contacts, she and Scott describe how they felt they were well-positioned to navigate the legal cannabis system but found themselves targeted by law enforcement regardless.

James also tells the story of her younger brother, who in 1999 was sentenced to 10 years in prison in Texas for possession of four ounces of weed, and ended up spending several years on a prison farm picking cotton. He’s shown in the film a free man working for his sister’s company, but his story of the American justice system and modern day slavery is still a reminder that the more things change, the more they can stay the same.

Only 4.3% of dispensaries are Black owned

The film presents a number of glaring statistics to highlight the racial disparities in the legal cannabis industry and the American criminal justice system — including the fact that only 4.3% of dispensaries in the United States are Black owned, and in Los Angeles, a measly six out of 200 licensed cannabis businesses.

The film is a compelling look at cannabis history, culture, and legalization as written, produced, directed, and told by people of color. It’s the rare look at the cannabis industry in which almost all of the faces on the screen are Black or brown, with all of them speaking about their own experiences and in their own words. The impression the film gives regarding legalization isn’t one of victory, more a clear sense that we still have a long way to go, and that if history is any indication, we can safely assume that those who benefit the most will not be people of color.

The film’s slate of interviewees also serves as a somber reminder — expressed by the fact that several of the featured celebrities and athletes are frequently interviewed or featured in cannabis coverage — of just how few prominent people of color there are in the industry. Even more so, it speaks to how the odds are stacked against people who don’t have the resources of a former NBA player or recording artist.

How are we going to repair those communities?

“Every place is going to be legal at some point. The question is how we handle the legalization. How are we going to repair those communities we destroyed through marijuana legalization and criminalization? And we have to do that at the point of legalization before it gets away from it. So it has to be part of the conversation and that’s the part that’s missing right now,” Parker said.

For co-executive producer Tony L. Strickland, “these are the type of points we wanted to make in this film and for me, I wanted my mom who was in her seventies or my aunt to watch this and look at marijuana and cannabis in a different way.”

Asked what he hopes viewers take away from the film, Strickland said: “I hope that people who watch the film begin to do more research and take a deeper look at how our perspective in making this film was more than getting high or smoking for fun. Black and Brown lives are at stake. Wealth, power, the health and well-being of generations (like my three children) can go up in “smoke” if we (all nationalities) standby and do nothing.”