Five women in the cannabis industry to keep on your radar 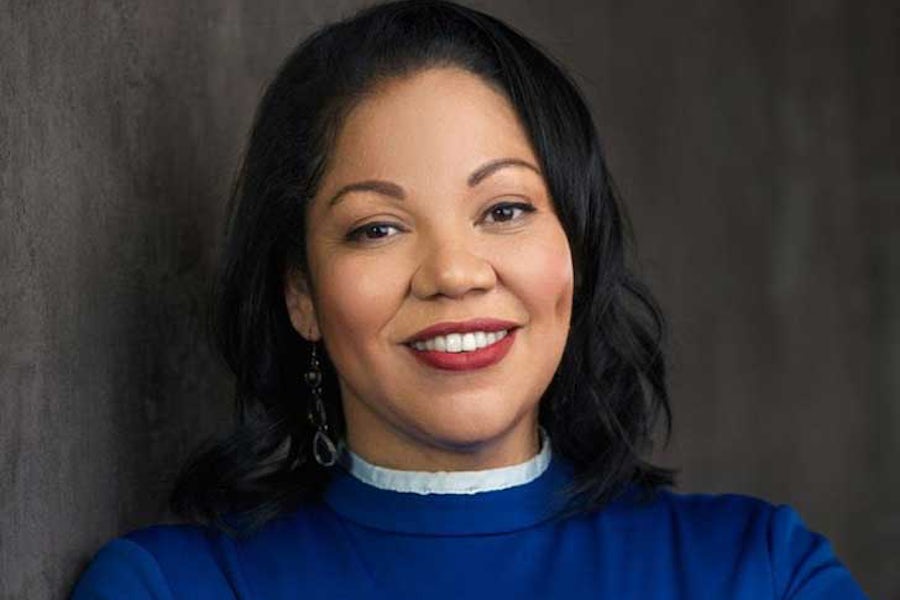 While the exact numbers vary in different surveys, it is clear that like most industries, the cannabis industry is a heavily male-dominated field.

Fortunately, there is still a healthy number of pioneering women out there who have been making an outsized impact in the world of cannabis.

Here are five women in the cannabis industry who are helping change the medical cannabis space by bringing science-based discoveries and education to the world. (The list is in no particular order.)

Chanda Macias, PhD has been making a huge impact on the cannabis industry in a relatively short amount of time.

In 2015, Dr. Macias launched the National Holistic Healing Center, which has quickly grown to become the leading medical marijuana dispensary in Washington, D.C.

She then took over as CEO and chairwoman of the board at Women Grow, a national group that aims to help women succeed in the cannabis and hemp industry through education and networking.

In 2019, Dr. Macias added another CEO position to her roster, this time with Ilera Holistic Healthcare, the medical marijuana cultivator and processor for the State of Louisiana. In this position, Dr. Macias works to deliver affordable medical cannabis healthcare options to Louisianians.

As the war on drugs has disproportionately impacted minorities, Dr. Marcias hopes her involvement in the cannabis industry encourages minority women in particular to get involved with and benefit from cannabis, whether directly as a medicine or becoming a part of the industry itself.

Alex Capano became fascinated with the treatment options Cannabis offers as a nurse practitioner and was the first person ever to obtain a doctorate in medical cannabis and cannabinoid science. She earned her PhD in 2017 at Thomas Jefferson University.

with the treatment options Cannabis offers as a nurse practitioner and was the first person ever to obtain a doctorate in medical cannabis and cannabinoid science. She earned her PhD in 2017 at Thomas Jefferson University.

Now she is the chief science officer of Ecofibre Limited, a leader in the hemp technologies industry that owns Ananda Hemp and several other companies that create hemp-derived products such as CBD oils and foods, hemp textiles, and nutraceuticals.

Dr. Capano conducts cannabinoid research and lectures around the world about her findings. She’s been an integral part in ending the negative stigma that surrounds this power plant and  shows scientifically how cannabis can aid a variety of illnesses and conditions.

Nirit Bernstein, PhD, is a leading cannabis scientist in Israel. She’s the first scientist in the country to be licensed by Israel’s Agriculture Ministry to research the whole cannabis plant and not only its individual components like THC or CBD.

Dr. Bernstein is currently the senior researcher at the Medical Cannabis Unit of the Israeli Health Ministry, where she has made an incredible number of scientific breakthroughs while experimenting with optimal ways to grow cannabis.

For example, Dr. Bernstein and her team have discovered that looks can be deceiving with cannabis, and sometimes even if a plant looks healthy and thriving, that doesn’t mean it will yield the best cannabinoid and terpene concentrations. She is also working with several universities to research which cannabis compounds work best for treating certain conditions.

Mara Gordon was motivated to enter the cannabis industry after personally discovering the healing benefits of medical cannabis for her chronic pain conditions. Thanks to medical cannabis, Gordon was able to go off her prescribed fentanyl patch and slew of pharmaceuticals.

She has since dedicated herself to bringing high-quality and properly dosed medical cannabis to the masses. Gordon co-founded Aunt Zelda’s, a California-based company that uses scientific data to develop effective cannabis-based medicines, ranging from topicals to extracts and infused olive oils. She has also launched a platform called Calla Spring Wellness that helps guide physicians and nurses on incorporating medical cannabis into their treatment plans.

Fed up with the lack of clinical research on cannabis in the US, Gordon went to Australia to co-found Zelda Therapeutics — now known as Zelira Therapeutics — which is focused on bringing together leading researchers and clinicians in the medical cannabis world to develop cannabis products focused on treating certain medical ailments.

Gordon has been highly outspoken in the medical cannabis space and can be seen giving talks on documentaries such as “Weed the People” and on the TEDxPaloAlto stage.

Amanda Reiman is heavily involved in multiple cannabis organizations that are transforming the cannabis industry, particularly in California. Reiman was the manager of marijuana law and policy for the Drug Policy Alliance for five years where she led the cannabis reform work in California.

Reiman is a scientist at the Humboldt Interdisciplinary Institute for Marijuana Research, where she has conducted numerous studies on medical cannabis dispensaries, patients, and the use of cannabis as a treatment for addiction. Reiman was the first chairwoman of the Medical Cannabis Commission for the City of Berkeley and she also lectures at the University of California, Berkeley on drug policy.

Reiman currently sits on several boards in the cannabis industry, including the California Cannabis Tourism Association, Solar Living Institute, and The Initiative, an incubator for women-owned cannabis businesses. She is also the vice president of community development at Flow Kana.