Does holding cannabis smoke in longer make a difference? 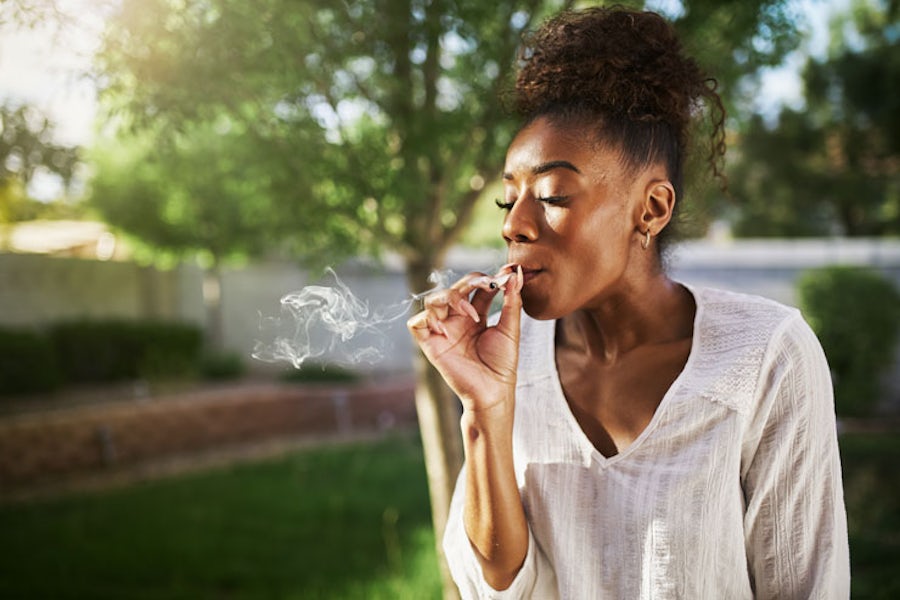 There are many factors that can determine how strongly you feel the effects of marijuana. Holding the smoke in longer isn't one of them. (Shutterstock)

It’s conventional wisdom that’s been passed down for generations and is accepted as de facto gospel among marijuana smokers — the longer you hold the smoke in your lungs, the stronger the effect. And while holding your breath and taking strong, deep inhalations can produce a stronger feeling, research has found that the longer you wait before exhaling has no bearing on the actual absorption of THC — the psychotropic component in marijuana.

Part of the popularity of smoking as a delivery method is that with marijuana it produces an almost instant effect, as the smoke is absorbed into the tiny air sacs in the lungs, known as alveoli. The exposure to heat during smoking and vaping also decarboxylates the marijuana, converting the THCA to THC as the smoker pulls it into their lungs.

Like with so much else involving marijuana, the key to the intoxicating effect of THC is what is known as bioavailability. This refers to how much of a substance is absorbed into the body of a living system. With THC, it is closely linked to the method of consumption, and a major part of why smoking is such an effective and popular way to consume marijuana.

A 2007 article stated that on average, THC has a bioavailability of 30% when smoked, while oral ingestion of THC (edibles, for example) has an average bioavailability of only 4%-12%. Another study in 1980 tested 11 healthy subjects who took THC intravenously, smoking, and by mouth. The smoking and IV were similar but the plasma level of THC after oral doses were low and irregular, indicating slow and erratic absorption with oral consumption. For Cannabidiol (CBD), the non-psychoactive cannabinoid used for treatment, research has shown that the same principle applies — smoking produces a much higher bioavailability than oral dosing.

Furthermore, a 2006 study found that a vaporizer could deliver an average of about 54% of the THC loaded into it and that on average 35% of inhaled THC was directly exhaled again, results that are comparable to smoking.

But does holding your breath actually make a difference in the effect of marijuana?

Not according to the research.

Wake and bake: why it feels different and how to do it right

A study carried out in 1989 observed eight regular marijuana smokers as they held marijuana smoke in for durations of 0, 10, and 20 seconds. The researchers tested a variety of parameters including increased heart rate, increased “high” and impaired memory performance according to each duration and found “there was little evidence that response to marijuana was a function of breath hold duration.”

Research is one thing though, and anecdotal evidence carries a lot of weight, including among marijuana smokers. So why does it feel like holding your breath makes the marijuana stronger? This could be simply that you are depriving your brain of oxygen, producing a slight head rush. And if you’re smoking marijuana mixed with tobacco, you may also be feeling a slight effect of the nicotine.

What does make a difference?

There are a number of factors that can affect the strength of your marijuana when smoking. These can include the amount of marijuana smoke you take in with each inhalation, and also, according to one study, the depth of the inhalation.

Basically, it’s not so much how long you hold the inhalation in, rather how much smoke you pull in. While inhaling, smoke can escape by way of side-stream loss, a strong breeze, coughing, or — if mixing with tobacco — taking an inhalation of a portion that includes more tobacco than marijuana. This would indicate that the bioavailability of THC when smoking can be linked largely to user experience and ability.

And while it’s true that the effects are felt almost instantly after smoking, it should take a few minutes for the full effect to creep up on you. Take your preferred strain of cannabis, find a comfortable spot, take your time, and breathe easy.

Previous Article A cannabis baby boom? Next Article Cannabis laws in Arizona
The Cannigma uses cookies to improve your experience and to show you personalized adsACCEPTPrivacy Policy
Manage consent