Three years after legalization, what’s the state of the cannabis industry in Canada? 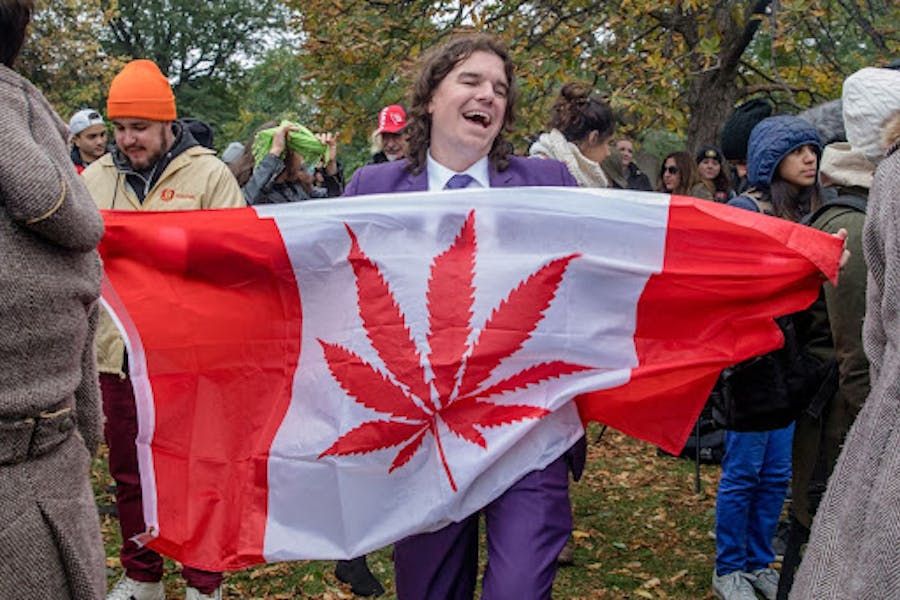 The second country in the world to legalize cannabis now has a booming industry, but this comes with its own share of challenges (Shutterstock)

For more than three years, Canada has had the sort of nationwide legal cannabis that people in the US can still only dream of. But where do things stand in the Canadian cannabis world in 2021, and how has the customer experience changed in the Great White North three years after legalization?

In Canada, adults over the age of 19 can possess up to 30 grams of cannabis (the legal age is 21 in Quebec and 18 in Alberta), cultivate up to four plants for personal use, and buy cannabis products from a provincial or territorial retailer.

Canadian law allows people to receive medical cannabis for any condition or symptoms approved by their personal healthcare practitioner. Patients in Canada can legally possess the lesser of 150 grams or a 30-day supply of dried cannabis, as well as the 30 grams allowed for non-medical purposes. Patients can also apply for a permit to produce their own cannabis to treat their medical needs, or to have a caretaker produce it for them.

When Canada first unveiled its legal cannabis market, the available products were limited to just flower, tinctures, and capsules. In October, 2019, Health Canada began accepting applications for companies looking to produce edibles, beverages, and vaping products (concentrates), which have come to be known as Cannabis 2.0 products in Canada.

Health Canada has issued the following guidelines for edibles, extracts, and topicals:

The rollout of said products hit some snags because of the varying regulations between provinces, but their potential has been clear to many analysts from the beginning. This includes Prohibition Partners who wrote in February, 2021 that 48% of Canadian consumers reported edibles as their preferred method of consumption (followed by 35% for oil/tincture, 34% for herbal/flower, and 26% for vaporizers) and that “Cannabis 2.0 products will start playing a larger role in the Canadian cannabis industry in the near future with the emergence of more innovative products and new consumers joining the nascent segment.”

A month later, MjBizDaily wrote that 2.0 products had “put a dent in Canada’s dried-flower market,” which had fallen to a 76% market share by the end of March, 2020, as opposed to 90% in the last three months of 2019, just after the products expansion was approved.

MJBizDaily noted that after flower, the next best-selling category was extracts and concentrates, followed by edibles, which totalled only $31.9 million ($25.7 USD) in the third quarter of 2020.

How dispensaries work in Canada

While cannabis is legal nationwide in Canada, there are some differences in the specific regulations across the country’s 10 provinces and three territories.

In British Columbia, cannabis can be purchased both from government-run and private online stores and retailers, while in Nunavut, cannabis can only be purchased online or by phone directly from the Nunavut Liquor and Cannabis Commission.

A quick look at a state-run cannabis online store in British Columbia indicates that the selection is far from sparse. For dry flower, BC Cannabis Stores features well over 200 strains that range in price from $15.99 ($12.91 USD) to $44.99 ($36.32 USD) for an eighth, and ounces for around $100 ($80 USD) or even less. The government store also has an extensive range of concentrates, vape cartridges, topicals, and edibles, including gummies, chocolates, cookies, and beverages.

Similar to bans in the United States, Canadian law bans the advertisement of cannabis, cannabis accessories, and services related to cannabis. These limits do not apply to social media advertising, content marketing, and email marketing, as well as the holding of industry and marketing events.

Regulations and sales laws on cannabis in Canada

Canadian law also includes packaging and labelling requirements, mainly meant to keep cannabis and cannabis products from getting into the hands of children. The labelling must also include the excise stamp of the province or territory, as well as mandatory health warnings.

Unlike the US, Canada does not have a cash-only policy for dispensary purchases. This is because it is legal on the federal level and because such a policy would not be possible for online purchases, and would have an especially adverse effect in provinces and areas where only online or phone orders are available. That said, some watchdog groups have advised consumers to use cash for cannabis purchases whenever possible, due to privacy and data breach concerns.

It is still illegal to enter Canada with cannabis, even if you are coming from a legal cannabis state or have a medical cannabis permit. The cannabis in question must be declared to the Canada Border Services Agency.

To become a budtender in Canada you may be required to attain education or some sort of certification, depending on the province or territory.

In British Columbia up until June, 17 2021, workers in cannabis retail stores were required to receive a security verification from the General Manager of the Liquor and Cannabis Regulation Branch.

These checks, where applicable, may include a criminal background check, a look at court records or credit reports, and in some cases even a drug test.

A province-by-province list of regulations was compiled by Legal Line Canada here.

An overview of the Canadian cannabis market in numbers

Overall, BDSA estimated that spending on legal cannabis in Canada rose to $2.6 billion in 2020, and only faced short term effects from the COVID-19 pandemic. BDSA stated that while initial closures of some retail storefronts early in the pandemic reduced sales, they estimate that the  percentage of in-person sales increased to nearly 90% from 76% in 2019, largely due to “the continued rapid expansion of the physical footprint in many provinces during 2020.”

Whatever the final tally, it is apparent that access has become better for most consumers. In June, 2021 the CBC reported that the average distance between consumers and cannabis shops in Ontario dropped from 19 kilometers (11.8 miles) to 6.5 kilometers (4 miles) between April 2020 and March, 2021.

How legal cannabis has affected the illicit market in Canada

Since the first days of cannabis legalization in Canada, the country’s illicit market has managed to keep thriving, and in some cases outpace the legal market. Two years after legalization, it was estimated that the illegal market still accounts for around 40 percent of sales.

The illicit mark had a decades-long head start but has also benefited from customer loyalty, discretion, and in many cases lower prices, at least initially. In addition, the initial shortage of legal retailers could not keep up with demand, further bolstering the illicit market.

In the second quarter of 2020 however, the ship began to right its course. Statistics Canada reported in August, 2020 that legal sales had finally outpaced the illicit market for the first time that quarter, holding a market share of 50.5%. That slim majority includes $648 million in recreational sales and $155 million in medical sales, as opposed to an estimated total of $784 million in illicit sales – the latter representing an all-time low.

By June, 2021, nearly 60 percent of Canadians reported that they purchase cannabis exclusively from legal sources.

What does legal cannabis cost in Canada?

The issue of legal vs illicit cannabis prices has been a rather contentious one in Canada ever since the beginning of legalization.

A Statistics Canada estimate for the fourth quarter of 2019 stated that the average price of cannabis was $10.30 per gram, as opposed to $5.73 per gram for illicit cannabis. Critics pointed out however that the legal sales were based on actual verifiable sales data, while the pricing for the illegal sector came from anonymous polling performed by the federal government.

Overall, assessments on the legal cost of cannabis in Canada can vary widely depending on province. For instance, one 2020 assessment found that government-run Quebec retail stores marked up their products by an average 23% over what they paid producers, while in Ontario the markups averaged around 77%. In government run dispensaries in Newfoundland, this markup was shown to be 90%.

According to Cannabis Benchmarks, in October, 2021, the average cost of cannabis stood at $5.10 per gram.Figures from Statista in August, 2021 put the average price of legal cannabis in Canada at $12.34 per gram, as opposed to $11.65 per gram on the illicit market – a difference of less than six percent.

Where does the legal cannabis market in Canada stand today?

The cannabis gold rush saw investors clamoring to get in on the legal weed bonanza, with wildly fluctuating stock prices that saw many investors suffer dramatic losses. In August, 2021, an assessment found that three years after legalization, major Canadian cannabis corporations Tilray, Canopy Growth Corp, and Cronos Group were “not yet profitable on a sustainable basis.”

In April, a report found that the market share for the larger cannabis companies in the country declined, while those of smaller companies increased.

In October, Bloomberg reported that the number of licensed producers in Canada stands at 776, “a staggeringly high figure that many industry observers and analysts alike believe contributed to the oversupply of legal pot in the market.”

In the meantime, the Canadian government is undertaking an 18-month review of the country’s cannabis legislation, bolstering the hopes of those in the industry who hope the government will correct some of the issues affecting the industry, such as taxes and potency and packaging requirements, according to Bloomberg.

Research Training the next generation of CannaBusiness owners
Previous Article Cannabis on a budget: 10 tips for making your weed last longer Next Article How to make and use a water bottle bong
The Cannigma uses cookies to improve your experience and to show you personalized adsACCEPTPrivacy Policy
Manage consent