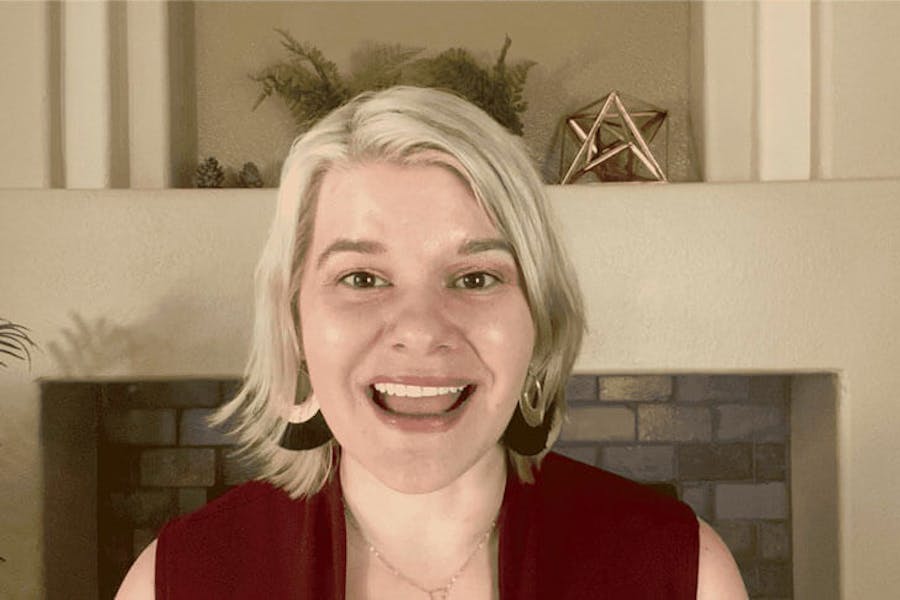 Sometimes, where you’re meant to be is 180 degrees from where you started out. That seems to be the case with cannabis for Dr. Michele Ross.

“I started off really against drugs,” Ross told The Cannigma, describing her childhood dream of becoming a doctor to help tackle societal problems of addiction. “I actually wanted to help people get off of drugs.”

Ross did become a doctor in the end, but a major part of her work as a neuroscientist involves helping patients find relief through the use of medicinal cannabis.

Like many cannabis skeptics before her, it was a personal diagnosis that changed her relationship with the plant.

While studying for her PhD at the University of Texas Southwestern in 2006, she was assigned a paper about how cannabinoids affect the brain. To her surprise, the work concluded that cannabis can be beneficial.

A few years later, she woke up one morning and one of her hands simply stopped working. She initially thought she slept on it funny, but weeks later the hand was still asleep and she was still in pain. Ross was eventually diagnosed with fibromyalgia, which she blames in part on the chemicals she exposed herself to during her lab work.

“I probably Spidermanned myself but instead of superpowers I just got super chronic pain,” Dr. Ross said.

Her physicians put her on a regimen of painkillers and other prescription medications that she said left her edgy, irritable, miserable, and wanting to take her own life.

Eventually, she decided to try a homemade cannabis topical that she would massage on her skin, helping “the nerves wake up,” she said.

The topical is nothing fancy, Ross said, just a mix of high-THC cannabis, coconut oil, and peppermint oil. Ross said the THC is much more helpful than CBD creams, adding that “the menthol in the cream helps me more than the CBD.”

Today she takes a 10-20mg THC edible before she goes to sleep to help her get the rest she needs, as well as micro doses of 1.25mg THC during the day. She has also used cannabis suppositories to treat pelvic pain.

Fibromyalgia is a debilitating disease that causes widespread chronic pain as well as fatigue and memory problems, among other symptoms. It is about twice as common in women than in men.

Many Fibromyalgia patients use cannabis. Research has been limited but the studies that have been done demonstrated evidence of its effectiveness in treating chronic pain, as well as improving overall quality of life by improving sleep and other ancillary symptoms.

The author of five books including “Vitamin Weed” and “Journal Yourself to Health: Break Free From Pain,” Ross said that cannabis cream “has really been a lifesaver,” and has made it possible to continue writing despite the pain.

Ross has also been very active in drug policy reform and is the founder of Infused Health, her personal patient consulting company. She also provides consultations on the therapeutic use of psychedelic mushrooms. Perhaps most uniquely though, in 2009 she became the first scientist to appear on CBS’ “Big Brother,” and lasted 66 days on the show.

Ross believes that the key to cannabis treatment is finding the right product for the patient. And she recommends patients start out with a nighttime edible.

“The number one thing I start with fibromyalgia patients is getting them on that edible at night because it’s going to be something that you know, you don’t feel that high while you’re asleep so it’s a very safe way to get cannabis into your life,” Dr. Ross said.

She added that, “if you sleep good and you can keep your stress low, you can sort of almost put your fibromyalgia into remission.”

Ross does stress though that even though she believes cannabis to be “the number one way to treat fibromyalgia,” it’s no silver bullet and there are all types of symptoms from fatigue to pain and spasms that may require different answers.

Regardless, one benefit of cannabis is pretty consistent across the board.

“Cannabis is great at reducing stress. Stress will make this disease much worse for you. So if all it does is help you relax, have a new day and help manage your stress, you’re going to have a better life with fibromyalgia,” she said.

For Ross, her current regimen is light years from the early days before she started using cannabis, when she was, in her words, on 12 different prescriptions and felt altogether miserable. She said it took her a couple years to figure out the right regimen for her, which she said is key to helping patients get back to having as good a life as possible.

“The biggest thing is to be able to have those consistent days where you don’t have to take three days off of work because you’re in so much pain or you’re so fatigued that it affects your professional life. So the goal is really to get people to have as many good days as possible.”

She added that for her, cannabis “really does set the bar where I’m not inflamed, I’m not in pain, my sleep is good, my mood is good. I’m not anxious, I’m not depressed, I feel almost the same as before I was diagnosed.”