Home Regulation
Is weed legal in The Bahamas?
3 min read 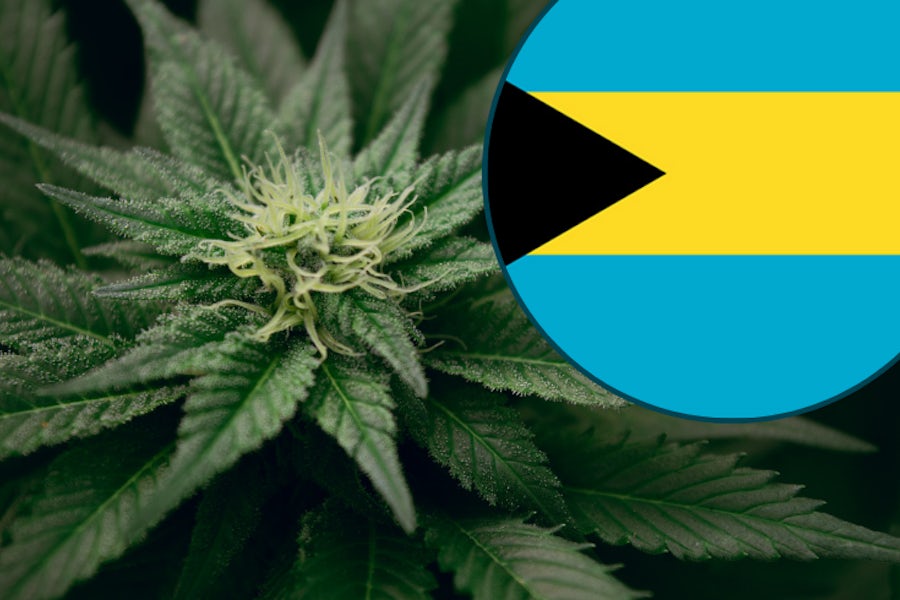 Despite The Bahamas’ perfect holiday atmosphere, the country is not the perfect holiday destination for those looking to smoke weed. The tropical island’s marijuana laws ban recreational use, and those who are caught doing so face the possibility of severe monetary fines and lengthy imprisonment. While the country is in the process of updating its medical marijuana policies, the changes have yet to be rolled out and legalized.

Plan on visiting The Bahamas? Here’s what you need to know:

Is marijuana legal in The Bahamas? A brief history

Bahamas marijuana laws remained much unchanged until January 2018 when the Caribbean Community Regional Commission held a town hall meeting on the possibility of decriminalizing cannabis. A governmental committee was established to consult with Bahamas’ citizens on their views regarding the country’s future marijuana laws and policies.

In May 2021, following the publication of the committee’s findings, a preliminary bill of updated Bahamas marijuana laws was leaked to the press. The latest bill calls for the legalization of medical marijuana. Similar to Thailand, the current Bahamas government is looking to spur the local economy by allowing local farmers to cultivate the crop and sell it to local medical institutions and cannabis dispensaries.

Marijuana criminal penalties in The Bahamas

The country’s drug enforcement laws are extremely strict, possibly because historically it’s been known as a transit country for traffickers transiting cannabis between the US and Jamaica.

Citizens and tourists caught with weed run the risk of facing harsh criminal charges. As cited on the government’s website, recreational offenders receive a $50,000-$120,000 fine and 5-10 years imprisonment. Traffickers, who are defined as offenders found with two or more packets of drugs, risk a $250,000 – $750,000 fine, and 5 to a whopping 40 years of imprisonment for attempting to sell marijuana to children!

Visiting The Bahamas: Can you buy or bring products?

According to CannaConnection, it is not hard to find marijuana in The Bahamas. Webehigh explains marijuana is available for purchase throughout The Bahamas, most frequently from cab drivers and local hotel personnel. As one traveler explained, “EVERY black man that is working in the Straw market will say do you want cigars. This is a cue.”

The site warns, however, that travelers need to be wary of local cops selling undercover drugs to seek out offenders. The risk of 10 years imprisonment and $120,000 in fines is simply not worth it!

What do locals in The Bahamas think about marijuana?

A 2018 survey conducted by market research company, Public Domain revealed that “71% of Bahamians favor cannabis use for medicinal purposes.” The study’s findings were reflected two years later in Prime Minister Herbert Mannis’s statement to The Bahamas House Assembly, when he famously remarked that Bahamas marijuana laws are “outdated and must change.”

The prime minister also stated that he is working on legislation to address the “young people (that)have been arrested for minor offenses including minimal use of marijuana, and their life has been totally destroyed in that they cannot obtain proper jobs, they cannot visit the United States, and their futures are destroyed. “

The Bahamas is in the middle of a transitional period regarding its medical marijuana policies. That transitional period began in 2018 and has been dragged out due to corona and the 2019 Hurricane Dorian, which wreaked unprecedented damage on the country’s economy and infrastructure.

Newly suggested legislation also advocates for medical practitioners to prescribe medicinal cannabis to patients and their caregivers, under the country’s Mental Health Act.

Psychedelics This app-guided psychedelic treatment works when antidepressants don’t
Previous Article Studying while high: is it a good idea? Next Article Is weed legal in Iceland?
The Cannigma uses cookies to improve your experience and to show you personalized adsACCEPTPrivacy Policy
Manage consent