7 of the coolest hemp inventions 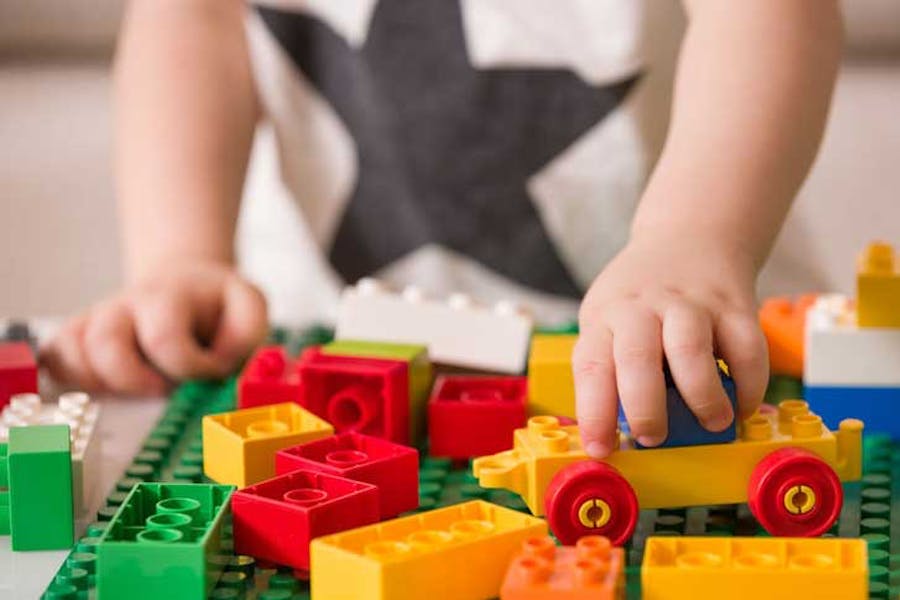 For thousands of years, people were using cannabis for a whole litany of reasons that had nothing to do with getting high. The stalks and stems of hemp have been used for textiles, paper, rope, and canvas for ship sails, while hemp seeds have been used to make healthy oils since long before someone coined the term “wellness.”

But just as hi-tech innovations have changed the very foundation of how we conceive of everything from phones to computers to household appliances — the same is true of hemp.

Here are seven of the coolest, most fascinating innovations happening right now with hemp.

It’s every parent’s dream really – their child, home unsupervised, spending hours playing with cannabis. Maybe not, but Lego, the Danish kings of plastic toy bricks, in 2012 announced that by the year 2030, they hope to phase out their plastic resin and start using a sustainable resin instead. While this has fueled speculation that Lego is looking to start making hemp bricks, the toy company has not confirmed what the bricks will be made of, but they do want them to be environmentally sustainable and come from a “non-food feedstock base.”

Still, the technology for hemp plastics is already in use. The material Zeoform Micro Pulp for instance, uses cellulose fibers – including from hemp – to create a plastic-replacing material that can be used for everything from furniture to household appliances to little toy building blocks. The Hemp Plastic Company produces “eco-friendly bioplastics” made from biopolymers that use hemp materials. The company says the end result is sustainable, 10% lighter than many other plastics, reduces CO2 and consumer waste, and has a “gorgeous earthy appearance.”

Hemp plastic makes sense largely because hemp contains around 65-70% cellulose (wood only contains around 40%), and can easily be mixed with other plant sources to make all types of material to replace traditional plastics. Will it still hurt if you step barefoot on a hemp lego stuck on the living room floor? We can’t make any promises.

We’ve all heard of a weed house, but what about a house that is actually built from weed?

That’s simple, all you need is “hempcrete.” Mix some hemp, lime, and water, and you have a fire, mold, and termite-proof material that is sustainable and built to last. Also known as “hemp-lime,” this material is airtight, vapor permeable, has a high thermal insulation, and can save money on energy costs.

Hempcrete has been used in France since the early 1990s, and it can be used to build walls and to insulate floors and roofs. Hempcrete doesn’t have the strength to actually serve as the foundation for a house, and must be supported by a frame made from wood or another stronger material.

Nonetheless, considering that we’re spending so much of our time at home now (all of our time), then it only makes sense to surround yourself in materials that are eco-friendly — and can help cut energy costs.

3. Cars made out of hemp

While the widely-held assertion that Henry Ford in 1941 debuted a prototype of a car built mostly from hemp has been debunked, the idea still lives on, at least in the vision of Renew Sports Cars whose stated mission is “to pick up where Mr. Ford left off,” and make all of the world’s cars carbon negative by 2025.

They don’t have much time left to reach that goal, but the specs on the “Canna 225,” “Canna 525,” and “Canna EV,” are impressive nonetheless. The limited edition production is powered by “Carrol Shelby’s formula,” the company says, bringing to mind the legendary Shelby Cobra – a vehicle that screams “fossil fuel” and “out of the way hippie” more than most.

Renew founder Bruce Dietzen’s first hemp vehicle was reportedly made using 100 pounds of cannabis and was driven around LA by Jay Leno. Dietzen also claims it’s ten times as strong as steel, the standard model only costs $40,000, and that he was not high when he invented it (he doesn’t partake of cannabis, he told Leno.) There is also no reason to believe that the exhaust will expel intoxicating marijuana smoke like the cannabis van from “Up in Smoke.”

Could hemp bring down the major automotive giants? That’s a tall order, but both the cannabis industry and the automotive industry were built on big dreams and big ideas, so why not try?

4. A plane made out of hemp

The pun about “really getting high” is right there, but we all know that hemp actually won’t get you high no matter how much you smoke, so let it go.

One company, Hempearth Group, is building what it describes as “the world’s first plane made from and powered by hemp.”

The seats, wings, plane walls, and pillows are all set to contain hemp composites that the company has been developing. The plane will be able to hold a pilot and four passengers, who may ask themselves, why build a plane from hemp, and why am I on it?

The reason is simple — hemp is much stronger than steel by weight (10 times stronger, according to Hempearth) and far lighter, meaning it will require much less fuel. Finally, it’s an environmentally-friendly material.

Hempearth, which makes hemp surfboards and paddleboards, which may not be the most comforting thing to the average aeronautical engineer, but aviation has always been a field for those who aren’t too rooted to the earth.

Hemp apparel has been worn in all corners of the earth for thousands of years, long before the dawn of the hacky sack.

But eyewear? That’s a different story.

Edinburgh-based Hemp Eyewear has developed a sustainable line of hemp glasses, because they “want to show the world that we already have many of the things we need to build a more sustainable society.”

The eyewear includes a wide variety of shades that run for 125 British pounds (about $160), and are made almost entirely from hemp. They come in unique styles such as “Ceneri” – a “modern gender neutral cat eye shape” named after the French village of Saint Ceneri le Gerei, home to a 6th Century stone bridge “made of hemp and lime that has withstood invasion from the Vikings and two world wars.”

One of the unique and interesting aspects of the shades is that because they are made from plant fibers, the patterns on each pair are unique. The look somewhat evokes tortoiseshell glasses, or a corkboard, or a turtle stuck to a corkboard. As the company puts it, “your friends are going to ask questions.” Might as well give them a good reason.

We’ve all had friends — or we were the friend — who was powered by cannabis, but what if you could literally power a house off hemp?

In 2013, a team of researchers published a paper that stated that they had developed “unique interconnect partially graphitic carbon nanosheets,” from hemp bast fiber.

They stated that “this novel precursor-synthesis route presents a great potential for facile large-scale production of high-performance carbons for a variety of diverse applications including energy storage.”

The team used the leftover bast fiber, the inner bark of hemp, which is regularly discarded by manufacturers, and recycled them into supercapacitors.

The researchers stated that the hemp technology could be used for electric cars and power tools at a fraction of the price of other materials.

One of the researchers, Dr. David Mitlin of the University of Texas (then at Clarkson University), said in 2014 that “obviously hemp can’t do all the things graphene can. But for energy storage, it works just as well. And it costs a fraction of the price — $500-1,000 a ton.”

People may not tend to think of hemp when they think of weight-training, but that may be about to change.

Much like whey or egg powder, hemp protein is a natural protein supplement that can be used for weight training or just as a simple dietary supplement. Some research has shown that it has very low levels of amino acids, which would make it less ideal than others, but it is all natural, and made from ground, pressed hemp seeds.