Home Plant
Can you be allergic to cannabis?
4 min read 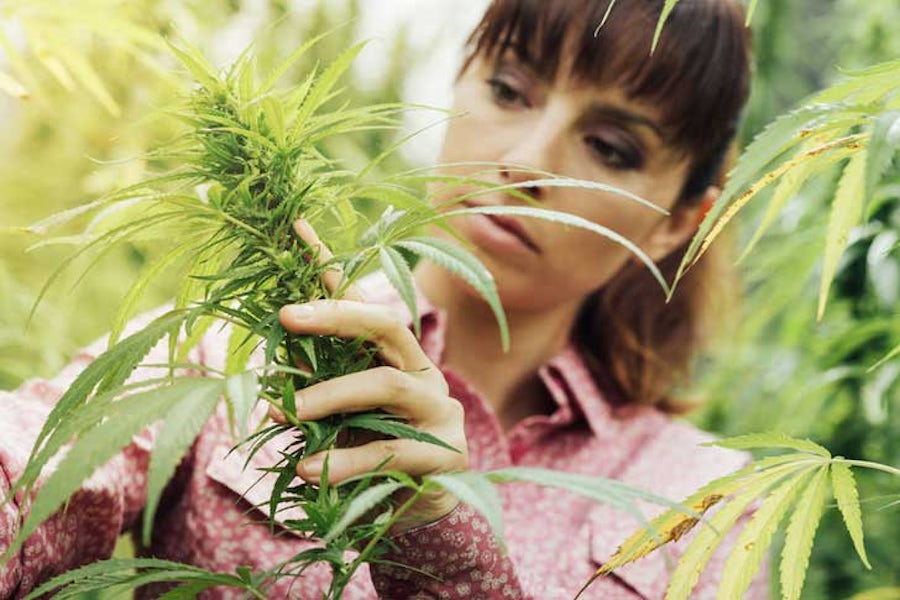 As cannabis legalization efforts continue to gain ground across the globe, more and more people are turning to the drug for medical, wellness, and recreational purposes. As the use of cannabis is increasing, so are cases of an unfortunate side effect, albeit relatively rare — cannabis allergies.

It makes a lot of sense that cannabis would cause allergies. Like many flowering plants, cannabis is rich with pollen — and pollen is often a trigger for allergies in humans. When exposed to cannabis, hemp, or its pollen, patients often report mild symptoms like congestion, runny nose, sneezing, watery or red eyes, post-nasal drip, and itchy eyes or nose. For those handling the plant, skin irritation like rashes, hives and itching can occur. And in more serious cases, cannabis allergies can cause difficulty breathing or asthma.

These allergies can occur whenever someone is exposed to cannabis. In areas where cannabis is being cultivated, allergies may occur simply from the pollen in the air. So it can certainly affect patients and recreational users when they are smoking, vaping, eating, or even just touching the plant. Those nearby might have a reaction from catching some of the second hand smoke, vapor, pollen, or coming into contact with it physically.

It has also been known to affect those who work with the plant on a regular basis, such as cannabis cultivators, cannabis budtenders, lab techs who test cannabis, and even police officers who regularly confiscate cannabis.

Unfortunately, exposure to cannabis can also cause sensitization to the plant, leading to increased allergic responses over time, even for those who don’t start out with cannabis allergies. In populations where cannabis grows in the wild, filling the air with its pollen, we see higher levels of positive tests for cannabis allergies.

To add to this, cannabis allergies may have cross-reactivity with other plants. This means that our systems notice similarities between two different allergens and react to them in the same way. Some studies have noted that those with allergies to other plants like tomatoes, pepper, fig, or peach peel are also more likely to test positive for cannabis allergies.

It can also have cross reactivity with tobacco, natural latex, and alcoholic beverages made from plants. In some cases, cannabis allergies predated these other allergies and so there is some concern that cannabis sensitization could trigger new allergic responses to other plants.

If you feel like you may have a cannabis allergy, there are tests that a doctor can perform to make a diagnosis. Usually, cannabis allergies are diagnosed using a skin prick test, a common method for testing allergic reactions which can show whether cannabis, or one of its components, produce an allergic response.

Still, this isn’t foolproof as not everyone who tests positive for cannabis allergies develops allergic symptoms, and many have mild and manageable responses.

There hasn’t been a huge amount of research into how treat cannabis allergies. Most doctors advise completely avoiding cannabis if you want to avoid the allergies, and that is the safest course of action for those with serious allergic responses.

But for those with mild allergies and who find the benefits of cannabis outweigh the discomfort from the allergies, allergy medications, nasal sprays, and inhalers have been reported to help, according to Dr. William Silvers, a Colorado based allergist who has treated patients with cannabis allergies.

Can cannabis help with other allergies?

While cannabis can certainly cause allergies, for those who aren’t allergic, it’s worth noting that in some cases cannabis may also help relieve certain allergies. One of the primary ways this can happen is by reducing the amount of histamine in your system.

Other studies have looked specifically at how cannabis may help with allergic reactions in the skin. In one study, THC was able to reduce the level of cytokines in the skin of mice with skin allergies. Cytokines are a key factor in allergic responses in the skin, so reducing them with THC may be helpful in reducing skin related allergies.

In addition, cannabis can act as a bronchodilator — opening up constricted airways. Both CBD and THC have been shown to work effectively for this purpose and you can even find cannabis-based inhalers as a treatment for asthma. Still, since cannabis can also cause asthma, a life-threatening condition, it is important to proceed with caution and always discuss treatment options with your doctor.

Research on using cannabis for allergies is still in very early stages, so it’s hard to say how effective it might be. Researchers say it does, however, have potential to help with allergies given its ability to reduce histamine and cytokines. Hopefully future research will delve into this topic further and allow the creation of guidelines on how to use it effectively.

Previous Article How to get a medical marijuana card online — in minutes Next Article Home infusion machines: Make edibles the easy way
The Cannigma uses cookies to improve your experience and to show you personalized adsACCEPTPrivacy Policy
Manage consent