Home Physiology
Cannabis and dopamine: how do they affect each other?
6 min read

Cannabis and dopamine: how do they affect each other? 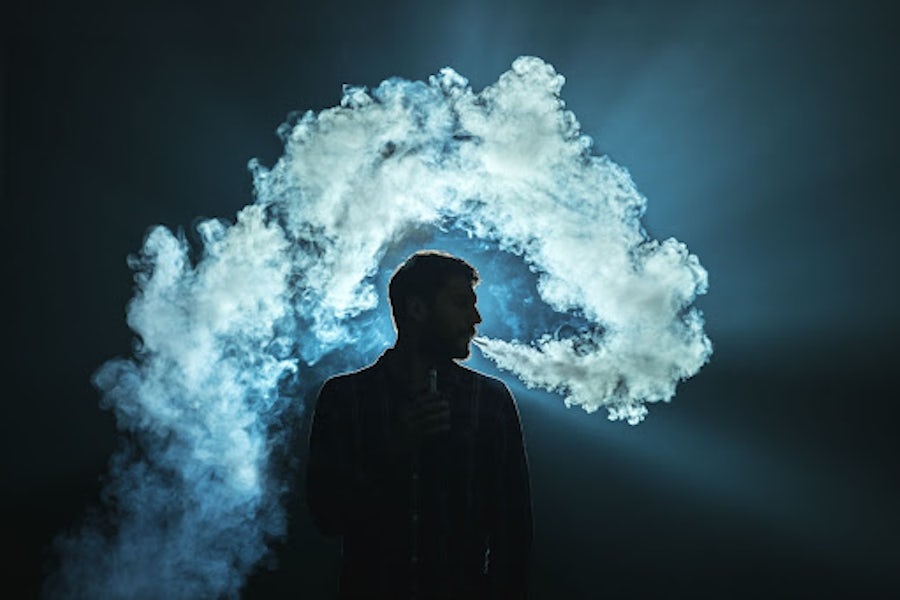 Dopamine is an important neurotransmitter in the central nervous system that is involved in key functions like learning, memory, motor control, and reward seeking. While dopamine plays an essential role in regulating these aspects of human life, increases in this molecule can also induce experiences of pleasure and euphoria. Most drugs that are used recreationally, including cannabis, create pleasurable states by boosting our levels of dopamine. Still, while pleasurable (and even therapeutic for some), dopamine increases can also lead to problems, and in the long term, may blunt the brain’s natural dopamine functioning.

Why dopamine matters for cannabis users

Dopamine is a molecule best known for the key role it plays in our feelings of pleasure, success, and well-being. When our dopamine system is functioning well, and something positive happens, we are flooded with good feelings. So it’s no surprise that many popular recreational drugs, including cannabis, work by increasing dopamine levels. Unfortunately, dopamine systems that are not functioning well are associated with disorders like ADHD, depression and even drug addiction. 1 2

Dopamine and the endocannabinoid system

While these processes are natural parts of human functioning, phytocannabinoids are actually able to bind to these same endocannabinoid receptors, triggering some of the same effects that endocannabinoids do. One of these effects is increasing dopamine levels.

One of the most important factors when it comes to dopamine and cannabis is dopamine’s rewarding effects. Dopamine is highly involved in pleasurable feelings like happiness and a sense of achievement. An increase in dopamine is associated with a flood of euphoric feelings, as well as motivation, alertness and focus. Dopamine is also involved in controlled movements, critical thinking, and in sexual behavior.  Clearly dopamine plays an important part in how humans are motivated to do all kinds of things from work and learning, to sex and eating. The good feelings you get from sex, eating something delcious, getting something you worked hard for, or figuring out a solution to a problem, are all tied to dopamine’s rewarding effects. And when we get those rewarding effects, it motivates us to continue doing the thing that got us there. 4

Does cannabis release dopamine and what are the effects?

Cannabis’ most common active chemical, THC, has a complicated relationship with the dopamine system. While it has been shown to lead to increases in dopamine levels, it can also lead to decreases. Cannabis may have biphasic effects on dopamine, meaning that small doses may increase dopamine, but larger doses may actually reduce it. 6

But cannabis doesn’t directly stimulate dopamine release like drugs such as cocaine or methamphetamines. Instead these two systems (endocannabinoid and dopamine) work together in complex but integrated ways. Rather than stimulate the dopamine directly, THC is able to indirectly increase dopamine release by reducing the release of GABA. Since GABA normally inhibits dopamine, stopping it from doing its job, reducing GABA allows more dopamine to flood the system without as many barriers. 7

How much does cannabis increase dopamine?

While THC use results in increased levels of dopamine, it has some limits. When compared to drugs like amphetamines or methylphenidate, the changes in dopamine levels are relatively small. While these changes are certainly clinically relevant and, as discussed, they produce real behavioral and experiential effects, it doesn’t rise to the same level of dopamine disruption as many drugs of abuse. 8

What are the effects of cannabis’ dopamine increase?

In the short term, the dopamine boosting impact of cannabis can lead to a euphoric flood of happy, pleasurable feelings. But for some,especially with high doses or chronic use, cannabis may actually worsen anxiety. It may also be an underlying factor in THC’s ability to produce temporary impairments on working memory, motivation, and cognitive performance. 9 10

In the long term, cannabis use has been associated with blunted dopamine function. In other words, using cannabis frequently can lead your body to stop producing as much dopamine on its own. This can then lead to more negative feelings when not using cannabis, which encourages more cannabis use, and can thus create the conditions for dependency. 11

Multiple studies have found ties between lower dopamine function in cannabis users who meet the clinical criteria for dependence, which also show evidence of more negative emotions and deficits to cognitive functioning and working memory. However, it is still unclear in much of the research whether this blunted functionality was caused by cannabis or simply motivates cannabis use. 12

And while the influence of cannabinoids on the dopaminergic system has been widely studied, little is known about the reverse situation – how effects that dopamine may have on the endocannabinoid system. Dopamine neurons have been shown to modulate the synthesis and release of several endocannabinoids, but the net effect on how dopamine  and drugs that increase dopamine can influence our ECS remains mostly unstudied.

Diseases related to dopamine and the endocannabinoid system

To add to this complex picture, there are several diseases that are tied to deficiencies or disruptions in both the endocannabinoid and dopamine systems. This could suggest risk factors for cannabis use, but it might also suggest ways that cannabis might be helpful. With cannabis’ biphasic effects, it often has the capability to shift things in either direction.

We’ve already discussed above how the rewarding effects of dopamine can drive addiction. On one hand, this connection means that those at risk for addiction might be more likely to become addicted to cannabis – in fact studies estimate 10% of cannabis users will develop an addiction to it. But some researchers have also explored using cannabinoids as a way to treat addiction to more dangerous substances like opiods.

Another condition tied to deficiencies in the dopamine and endocannabinoid systems is ADHD.

Patients who suffer with this have clear impairments in both dopamine and endocannabinoid signaling. But cannabis actually seems to help with this condition, actually increasing focus and motivation, rather than decreasing it (like we see in healthy controls). When these systems are deficient, cannabinoids may be able to help shift things back in the right direction.

In addition, deficiencies in dopamine and endocannabinoid signaling can be found for other conditions such as anxiety and depression, Parkinson’s, and schizophrenia. Research on cannabis for these conditions has shown mixed results – with cannabis both increasing and decreasing symptoms depending on how it is used. So while it is hopeful that cannabis can help for these conditions, more research is needed to figure out the best way to utilize it.

Previous Article Minorities in cannabis, with Steven Philpott Jr. Next Article Do cannabis edibles cause eye twitching?
The Cannigma uses cookies to improve your experience and to show you personalized adsACCEPTPrivacy Policy
Manage consent