‘The most meaningful cannabis reform in decades’: Experts weigh in on new DEA rules 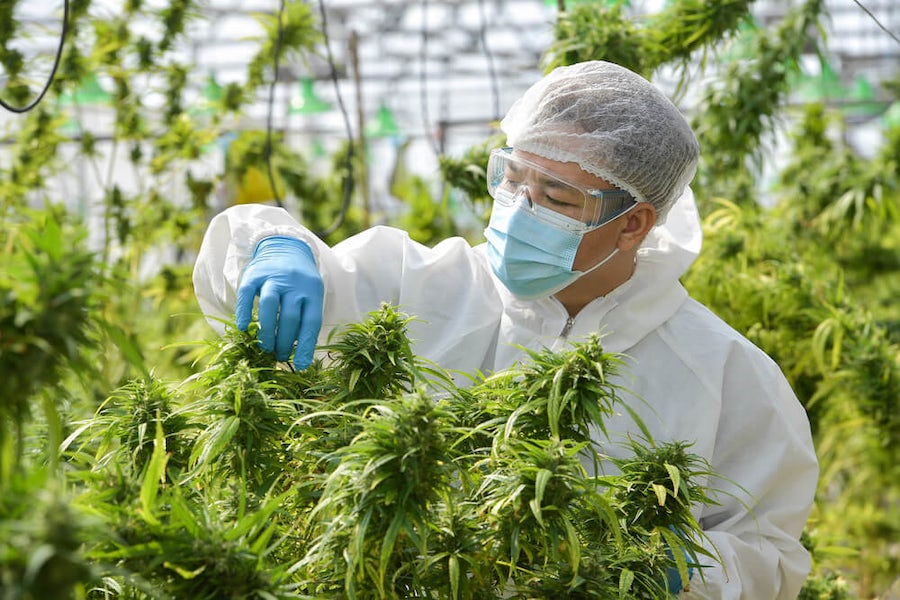 Researchers believe the change could pave the way for major advances in cannabis science — and its legality. (Shutterstock)

For more than 50 years, if you wanted to do cannabis research in the United States, federal law said you had to get the cannabis from the University of Mississippi. The federally sanctioned cannabis did not reflect the products available in dispensaries around the country, researchers complain, limiting the scope of research and pushing much of it overseas.

All that is about to change, thanks to a change at the DEA, which cultivators and industry experts say will be monumental for cannabis research, medical marijuana patients, and potentially the broader legal status of the plant itself.

“We are absolutely ecstatic,” George Hodgin, the CEO of the Castroville, California based Biopharmaceutical Research Co. (BRC) told The Cannigma this week.

The BRC is among the dozens of organizations that have received preliminary approval from the DEA to cultivate cannabis.

Last year, scientists from a research institute in Arizona filed a lawsuit demanding that the federal government explain why it only allowed one facility in the entire country to grow research cannabis.

The cannabis grown at the University of Mississippi “is junk, ill-suited for clinical trials, and genetically closer to hemp than the marijuana available from dispensaries and used by Americans nationwide,” according to the lawsuit. “This marijuana sabotages clinical research and makes it impossible to do rigorous clinical trials with medical marijuana in the United States.”

The federally sanctioned cannabis “looks more like green talcum powder than marijuana,” according to the lawsuit.

So what will it mean that researchers may soon have dozens of producers and growers to choose from?

“We think it’s really groundbreaking,” Hodgin said. “We are allowed to cultivate, manufacture, research, analyze and distribute cannabis for scientifical, medical and pharmaceutical research. This is in my opinion, the most meaningful cannabis policy reform in the United States in the last five decades.”

Hodgin said that BRC will now be able to legally grow cannabis and distribute it across state lines and “it’s hard to underestimate the importance of that.”

The March announcement comes a little over a year after the DEA stated that together with the Department of Justice they had compiled a proposed set of controls to “enhance the cultivation of marihuana for research in the United States.”

The final guidelines for the applicants were finalized in December.

In the March press release, the DEA noted that it would evaluate 37 pending applications to grow cannabis for research and that the action “underscores the federal government’s support for scientific and medical research with marijuana and its chemical constituents.”

Is the University of Mississippi weed really that bad?

Dr. Igor Grant of the Center for Medicinal Cannabis Research at the University of California San Diego told The Cannigma that there have been many challenges in medicinal cannabis research, and “one of them has been just getting product to do the research.”

Dr. Grant said that he “would actually like to correct a misimpression that is out there that the federal marijuana is just made out of hay and sticks and stones and there’s nothing in it, that’s actually not true.”

It is true that in earlier studies the flower his facility received tested at around 7% THC, but recently it has reached 13% and Dr. Grant said he believes this is continuing to increase.

“I think the issue is not just the content of THC but also the variety of other cannabinoids, and also different ways of administering it,” Dr. Grant said, noting that the cannabis his researchers would receive was for smoking, and that they were not able to receive other cannabis preparations such as topicals or concentrates.

Dr. Grant said that licensing new cannabis manufacturers “should maximize the amount of actual product available. Second, it can change the content of both THC and potentially other cannabinoids and third, hopefully it will allow for testing different delivery methods.”

A promise made years ago

According to Dr. Ethan Russo, a widely published cannabis researcher, the news “is a positive development for the prospects of cannabis research in the USA. Unfortunately, this change in policy has been promised for years and never actually materialized.”

Dr. Russo said that as things stand prior to the decision, it is no easier to perform clinical research with domestically produced, standardized cannabis-derived medicines than it was 25 years ago when he began his research of the plant.

“That explains why I have had to work for foreign companies for the majority of that time. It remains the hope of the scientific community that the shackles will come off of our ability to advance cannabis therapeutics. It is high time for that to come to pass,” Dr. Russo, who is the founder and CEO of CReDO Science, told The Cannigma.

‘This means everything to us’

Dr. Steven Groff, founder of the physician-owned cannabis company Groff North America in Red Lion, Pennsylvania, did not mince words when asked what the news means for his company.

“Everything,” Dr. Groff said, explaining that “there are so many medical applications” of marijuana that have yet to be developed — but for that to happen, there needs to be data and science-based research to propel it forward.

“Research is one component of it, but long term it’s cannabis pharmaceutical manufacturing,” Groff said, adding that “we’re a fan of the plant, but the ultimate paradigm for marijuana in America has yet to fully play out.”

“Let’s also have a paradigm to fully develop the medical aspects in the normal way like we would with a vaccine or a drug,” he said.

Under the new guidelines, Groff added, there will be no limitations on what types of cannabis preparations his company can make.

A harbinger of even bigger changes to come?

But beyond the relevance for research and the development of cannabis-based pharmaceutical drugs, Dr. Groff said the news could have very wide-ranging relevance for the legal status of cannabis as a whole.

Currently, cannabis is considered a “schedule 1” controlled substance by the federal government, meaning that it is defined as having no medical value and a high potential for abuse.

Dr. Groff said he hopes rescheduling to schedule 2 is next. Schedule 2 substances are also defined as being dangerous, but they are also recognized as having medical uses, for instance fentanyl, ritalin, or methadone.

“This is a whole new paradigm, for something bigger,” Dr. Groff said.

Even as the federal government considers cannabis a dangerous substance with no medicinal value, the vast majority of states have decided it has medical value and legalized its medical use, production, and sale.

Last week, a Ninth Circuit federal appeals panel heard arguments in a lawsuit filed by an Arizona-based medical marijuana researcher and three veterans who say they have been harmed by the plant’s current scheduling.

“The fact that that marijuana is in Schedule 1, and therefore it is a violation of federal law to use it, possess it, manufacture it, distribute it, has bearing on risk assessments and it has bearing on what insurance companies are willing to cover,” according to attorney Shane Pennington, who represents the petitioners in the case.

Pennington added that schedule 1 status for cannabis is “a relic of a bygone era.”

There are, of course, other ways for researchers to examine the effects and medical potential of cannabis that better reflects what patients are already using.

For instance, what if they could simply use the same cannabis that consumers are buying in their studies and trials?

In July, 2020, the US House of Representatives approved a provision in a transportation and infrastructure bill that could pave the way for researchers to have access to “samples and strains of marijuana and products containing marijuana lawfully being offered to patients or consumers” in states that have legalized cannabis.

The measure is meant to help scientists perform research on cannabis-impaired driving, and would allow the interstate distribution of cannabis from states that have legalized cannabis to non-legal states.

How to How to lower your cannabis tolerance
Previous Article Why cannabis might make some women sleep worse Next Article What is CBD? Everything you need to know
The Cannigma uses cookies to improve your experience and to show you personalized adsACCEPTPrivacy Policy
Manage consent