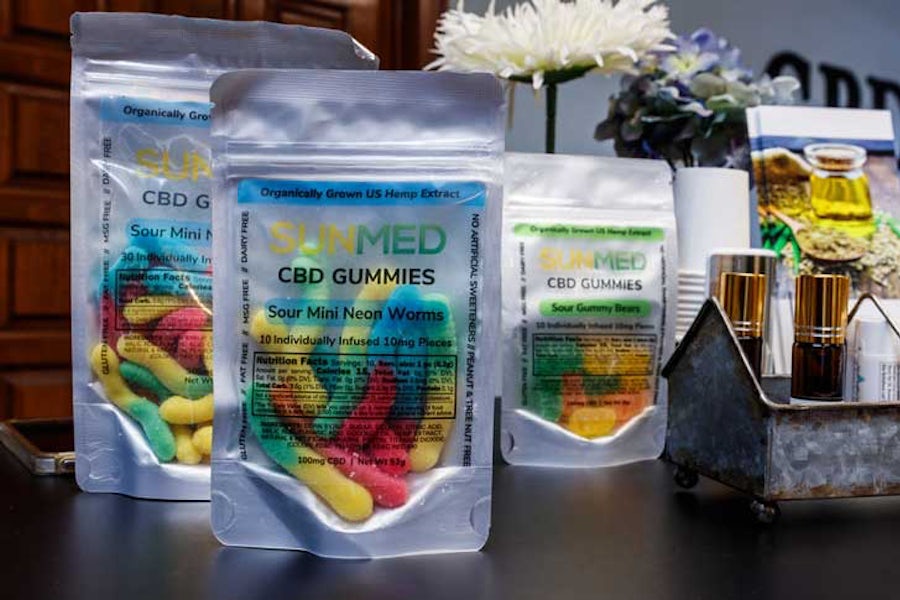 CBD gummies displayed in a store in Indianapolis. (Jonathan Weiss/123rf)

The global cannabis and CBD foods market could grow to as much as $6.56 billion as early as 2024, according to a new report from Prohibition Partners.

Entitled “The Impact Series: Disrupting Food,” the report asserts that 27% of all consumers in the cannabis and CBD foods market first tried these products within the past six months, and that the market itself could be worth $2.57 billion by the end of 2020.

According to the report, the US market is considered “mature,” and 35% of consumers have bought CBD/hemp-infused food products in the 12 months, while 55% “probably will in the next 12 months.” In Canada the percentages are slightly lower — 30% and 49% respectively. The European market is still referred to as an “emerging market” in the study, with significantly lower levels of consumer experience with such products. This is especially glaring in the case of France, where only 12% of consumers have consumed CBD/hemp-infused edibles in the past 12 months, and only 17% have not bought but probably will in the next 12 months.

The report states that the edibles market is similar to the vaping industry in that its rise can be at least in part attributed to a consumer desire to find healthy alternatives to smoking. This desire has been boosted to a large extent by the COVID-19 pandemic, according to the story.

“This trend has now been compounded by the recent coronavirus and the stockpiling of non-smokable products as consumers seek to ensure their supplies during the lockdown and look for products that won’t impact their lung health,” Prohibition Partners states.

In addition, the report states that cannabis “is increasingly defined by its health and wellness platform, with cannabis edibles boasting the added advantage of being able to piggyback on the all-natural trends in the food industry.”

Companies could also find success in marketing edibles as a high-end gourmet product or social lubricant, to be purchased for special occasions, gifted on Valentine’s Day, or — if a legal framework is put in place — as a premium item sold by dining and hospitality establishments, according to the study.

For smaller companies though, the explosive growth of the cannabis edibles industry could potentially mean seriously choppy waters are ahead, the report states.

“With the fledgling cannabis edibles industry currently dominated by small independent brands, the opening up of the industry via legislative change and acquisition by the larger companies means that these companies face significant competition from multistate and international cannabis giants. Thus, the challenge for smaller established edibles brands will be to find ways of keeping their customers when faced with the bigger brand development and marketing spend of cannabis conglomerates.”

The future of the cannabis edibles industry is complicated largely by a warren of regulations revolving around the fact that they are viewed both as a foodstuff and as narcotics. This is particularly true in the United States, where there is a patchwork of regulations that differ from state to state.

The report details how much of the potential for the market depends on whether or not the European Commission decides to reclassify CBD ‘extracts and tinctures’ as a novel food instead of as a narcotic, which would make the CBD food market illegal in Europe.

“We’re constantly seeing the regulatory landscape shift with potential changes abound from both the UN and the European Commission. This, coupled with the fact that the modern CBD consumer is changing in their attitudes, uses and behaviours, means that market entrants and established producers are fighting an uphill battle,” Prohibition Partners co-founder and Managing Director Stephen Murphy stated.