Home Regulation
Weed in Ireland: What are the current marijuana laws?
4 min read 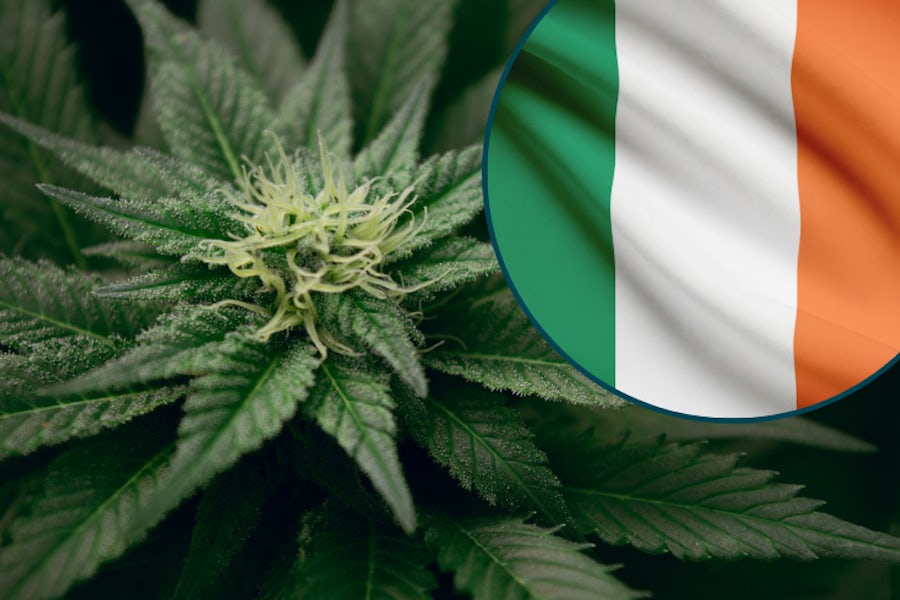 While the country has a limited medical cannabis program in place, the Emerald Isle still lags behind many countries in Europe when it comes to cannabis legalization.

Both possession of cannabis and cultivation is illegal in Ireland and can result in fines and imprisonment. However, Irish law does allow the sale of CBD.

But even if Ireland is a good bit behind countries like Spain, Portugal, and the Netherlands, there may be a reason for optimism. A poll in May 2021 found that nearly 40% of Irish citizens support legalizing cannabis for recreational use, and over 90% support the legalization of medical marijuana. Only 4% of respondents said they are opposed to medical cannabis.

Under Ireland’s Misuse of Drugs Act, 1984, a person caught in possession of cannabis or cannabis resin can be subject to a fine of up to £300 if it is their first offense on summary conviction, or up to  £500 if convicted on indictment. For a second offense, the sums are £400 and  £1,000, respectively. For the third offense, the penalty can be a fine of up to £1,000, or imprisonment of up to three years if indicted.

Cultivation of cannabis is also illegal, and can result in a fine or a prison sentence of up to 12 months on summary conviction, and up to 14 years if convicted on indictment.

How do the Irish generally view marijuana?

Conservative world views appear to apply in Ireland when it comes to cannabis, at least on the official level.

In May, 2021, the College of Psychiatrists of Ireland warned that cannabis is “the gravest threat to the mental health of young people in Ireland today,” largely due to the increased potency of today’s cannabis, and the fact that in their words, the public believes it is harmless.

The conservative approach can also be seen in the country’s medical cannabis program, which is one of the more restrictive in Europe.

But there may be other glimmers of hope. In April, 2018, the Green Party called for the opening of Amsterdam style “coffee shops,” the decriminalization of possession of up to 5 grams of cannabis for personal use, and the cultivation of up to two plants per private residence.

In 2019, Ireland’s Minister for Health signed legislation to allow a pilot plan for medical cannabis, which launched in 2021 and is set to run for five years.

The government lists only four cannabis-based products as accepted under the Medical Cannabis Programme:

The medical cannabis program has been the subject of criticism in Ireland, largely because of the limited selection of products – which do not include cannabis flower or any high-THC formulations – and the fact that chronic pain is not one of the accepted medical conditions.

Who qualifies for medical cannabis in Ireland and what is the average cost?

According to the government of Ireland, under the Medical Cannabis Access Programme, a medical consultant can prescribe a cannabis-based treatment for a patient with the following conditions, who has not responded to other treatments:

A medical consultant may prescribe medical cannabis for up to 6 months in Ireland.

Another route to acquire medical cannabis is by way of ministerial approval. A patient can access any medical cannabis product for any medical condition with the written approval of the Minister of Health. Only 63 patients in Ireland have access to medicine in this fashion, according to Prohibition Partners.

Medical cannabis products are subject to reimbursement from Ireland’s Health Services Executive, but being enrolled in the MCAP does not automatically guarantee reimbursement. Instead, the Ministry of Health states that reimbursement will be on a patient-to-patient basis and according to the patient’s eligibility under the following conditions:

The decision to allow reimbursement of medical cannabis is a recent one, and previously some patients would pay thousands of Euros per month for their medicine.

Visiting Ireland – can you buy or bring marijuana products?

While CBD is legal to purchase in the country, if you are a tourist you should not buy weed in Ireland or bring your own. It is not legal and you will not receive a visitor’s exemption or be able to use your medical cannabis license from back home.

Psychedelics This app-guided psychedelic treatment works when antidepressants don’t
Previous Article The legal status of weed in the Netherlands and Amsterdam: What does the law actually permit? Next Article 420 friendly hotels in Denver, Colorado
The Cannigma uses cookies to improve your experience and to show you personalized adsACCEPTPrivacy Policy
Manage consent