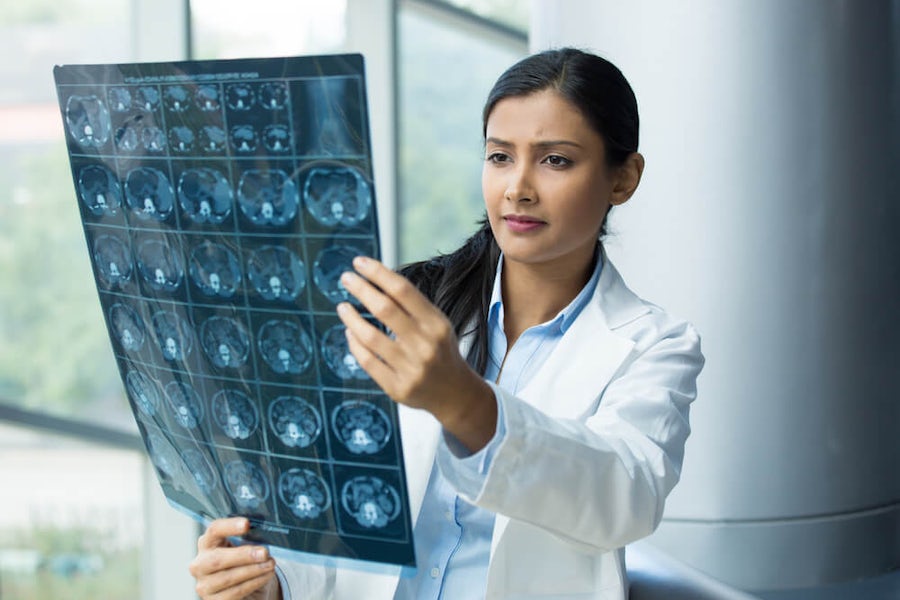 Most patients would benefit from some kind of intervention that could help balance the body’s natural inflammatory response. (Shutterstock)

The initial effects of a traumatic brain injury are severe. Fractures, soft tissue lacerations, and intracranial hemorrhage are all common injuries in the aftermath of such an injury. But in the days following the moment of injury, excessive inflammation inside the skull can continue to cause further secondary brain damage.

While some traumatic brain injury (TBI) patients are able to make excellent recoveries, most would benefit from some kind of intervention that could help balance the body’s natural inflammatory response.

Now, a research group at the Medical College of Georgia at Augusta University has been awarded a $1.8 million grant from the National Institute of Neurological Disorders and Stroke to investigate how the body’s endocannabinoid system might potentially limit the secondary damages caused by this inflammation.

The endocannabinoid system and brain trauma

The research group, led by principal investigator and translational neuroscientist Dr Kumar Vaibhav, has previously looked into the role of the endocannabinoid system following TBI.

Immediately after a TBI, the injured brain cells’ plasma membrane begins to rupture, releasing the lipids and fats that make up the membrane throughout the body. Two major endocannabinoids, 2-arachidonoylglycerol (2-AG) and N-arachidonoylethanolamine (AEA), are also released; both are lipid molecules enzymatically formed from compounds in the brain cell membrane.

The catch is that the injured membrane also releases an enzyme known as MAGL, which is activated by the other free-floating lipids released by the membrane. MAGL, or monoacylglycerol lipase, metabolizes endocannabinoids such as 2-AG. Activation of MAGL is known to worsen the outcomes for TBI patients, but the exact mechanism behind this is not yet fully understood.

Vaibhav and his colleagues theorize that high levels of activated MAGL could be degrading 2-AG before it is able to reach the endocannabinoid receptors, cutting off a part of the body’s natural anti-inflammatory response.

In previous research, the team found reduced levels of 2-AG in the cerebrospinal fluid of TBI patients, but it was unclear why this arose. In a laboratory model, they also found MAGL levels to be high when 2-AG levels are low, implying that there is a link between the two compounds.

The research at the focus of the new $1.8 million grant will look at what effect the early inhibition of MAGL in the immune cells – achieved via cannabidiol (CBD) and synthetic versions of the endocannabinoids 2-AG and AEA – might have on the sustained secondary inflammation response that occurs after a TBI.

“We are looking into how to suppress MAGL so that you still have enough 2-AG to expedite the recovery process after TBI,” Vaibhav tells Analytical Cannabis.

“We’re proposing research on why to suppress MAGL, and what it does. Whether it’s going to suppress that inflammation or not. And because MAGL is endogenous and is necessary for many other processes, we don’t want to suppress this and it cause some unwanted side effects.”

For example, the team also wants to know whether high levels of the MAGL enzyme and a subsequent reduced activation of the CB2 receptor might affect other parts of the brain, such as the white matter. This brain tissue is home to the nerve fibers that allow connections between the different parts of the brain and the spinal cord.

Why, how, and when intervene?

Working out how this secondary inflammation develops, and which drugs can attenuate its negative effects, is only one part of the problem. In order to be properly effective, scientists will also have to pinpoint exactly when to use these kinds of interventions.

Apply a drug too quickly or suppress too much of the pro-inflammatory process, and there is a risk that the initial beneficial inflammatory response that protects the brain from invading pathogens and stimulates cell repair might be interrupted.

“The first immune cells to arrive at a site of injury are scavenger cells,” Vaibhav explains. “Those cells come to the injured site and their first goal is to clear the debris. They scavenge up the dead cells and ‘clear the path’ for other cells to come and begin repair.”

“If you suppress the inflammatory response there and start anti-inflammatory treatment too early, it is going to hamper the entire recovery process. The scavenger cells need that time to clear around the injured part so that repair can begin.”

Investigating optimal timing and optimal dose of MAGL suppression is a key component of the work for Dr Vaibhav and his colleagues, and one that they have already made some headway in.

The team previously established that the body’s macrophages – a type of immune cell that stimulates tissue repair at injury sites – shift from their normal role of suppressing inflammation to chronically promoting it around a month after a TBI. When these immune cells stay activated for too long, they begin a harmful inflammation cycle where they start to digest healthy brain tissue, promote further inflammation, and damage wider parts of the brain.

For enzymes like MAGL, Vaibhav explains, once they are activated, they instinctively want to stay active for as long as possible. If the team’s hypothesis is correct, that high MAGL levels could be somehow suppressing an anti-inflammatory response, which is why they believe it is crucial that more time-focused studies be carried out on this enzyme.

Previous Article How to clean your vaporizer Next Article How to make Weez-Its, or weed Cheez-Its
The Cannigma uses cookies to improve your experience and to show you personalized adsACCEPTPrivacy Policy
Manage consent